Delhi and New Delhi, seem synonymous and common alike, doesn’t it? Most people use one term or the other to identify this namely place. But if you quickly glance over these two places, you’ll find that there are a lot of differences and completely different geographical boundaries to encompass them.

And that’s what we’ll be looking to do in this post. Identify the differences between Delhi and New Delhi. This would come in handy for anyone who’s trying to prepare for competitive exams or improve their general knowledge. So let’s get on with it.

New Delhi and its brief

New Delhi also known as the capital city of India is a famed modern city constructed to epitomize the growth and modern-day India. It also houses all three branches of the Government of India and acts as a central seat for national decision-making and current affairs. But then that’s where the difference with Delhi starts. It is also one of the richest states of India. New Delhi is an urban district located in the city of Delhi. Isn’t it that fascinating, that New Delhi is an urban district under Delhi?

Delhi and its brief

Delhi is officially recognized as the National Capital Territory of Delhi or NCT and is part of the Union Territory with its government and regulations. The city of Delhi has government just like any other state or Union territory and is governed by the elected government based on public elections. Delhi has over 11 districts divided to govern and regularize of which New Delhi is one of them. It’s also an old city with roots that can be traced back to the 6 century BCE. 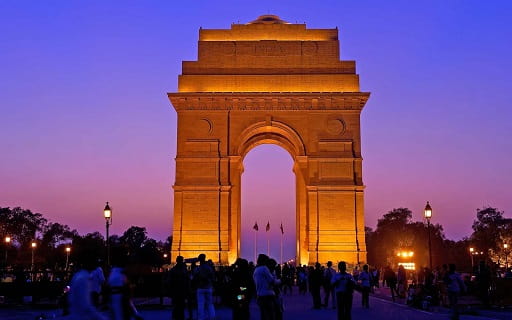 Difference between Delhi and New Delhi

Delhi in itself has been a major capital city of multiple empires previously for the past 2000 years and it was not a surprise to see New Delhi, the modern-day capital city of India built right in the heart of Delhi as one of its districts. Where Delhi captivates with its majestic history and learnings of India, New Delhi provides a gateway to approach and sustain the modern-day needs of the people and the government. It is also worth noting that Delhi being a Union Territory is governed by the Delhi Government whereas New Delhi contains all the major power of national matters with parliament, judiciary, and executive all being positioned there.