ICC Champions Trophy and its craze have yet one again created buzz and source of entertainment for the cricket fans around the world. Experts around the world tag the World’s second best cricket tournament as the ‘mini world cup’, the tournament is played after every 2 years comprises of either six or eight team as per ICC rule and wish regarding the tournament. Telling you some amazing facts about the ICC Champions Trophy started in the year 1998, Australia and India are only teams to win the tournament for two times since its start. South Africa and New Zealand the top two contenders for the year 2017 have won the tournament one time each respective in the year 1998 and 2000.

England the hosts of ICC Champions Trophy 2017 has finished the tournament as runner-up two times when the English team hosted tournament two times in past. Now, if facts to be believed the third time can luck offer them the much-needed win and they finish the tournament as the winners this time. The ICC Champions Trophy has already started from 1st June and it is gearing up to create buzz already for the cricket fans of favorite nations India (Last Year Winners), Sri Lanka, England, South Africa, Australia, Pakistan, Bangladesh, and New Zealand.

It’s a tournament started in the year 1998 and played thereafter comprising the top eight or six rank cricket playing nation around the world. The word Champions included in the name because most of the nation’s playing their part and participating in the tournament are fixed participants with ICC. The Tournament is played thereafter after a gap of every 2 years and rest is history. The first ever Champions Trophy was hosted by Bangladesh and South Africa wins the tournaments only edition till date, while other interesting fact parts of Champions Trophy says Australia is the only team to win it consecutively two times. Introduction of T20 tournament like IPL is called as the reason why the ICC Champions Trophy event has been extended from 2 years to 3 years now.

As we have already mentioned the first edition of the tournament was played in Bangladesh with most of the match played in the capital region Dhaka. It was a challenge for ICC to help the nation gaining popularity in Cricket to rise and people to turn towards stadium for the matches. The Knockout Tournament comprised of 9 teams not 8 for the first and last time that commands South Africa winning it against West Indies. 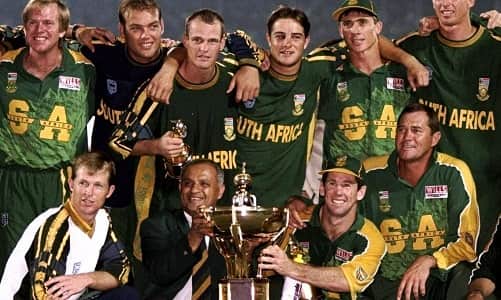 Famous with the name chokers, South Africa were the inaugural winners of ICC Champions Trophy in the year 1998, beating West Indies in final. They have not won world cup between years 1975 to 1992 but efforts of the team at whole crowned them as the first and only Champions tag against West Indies. 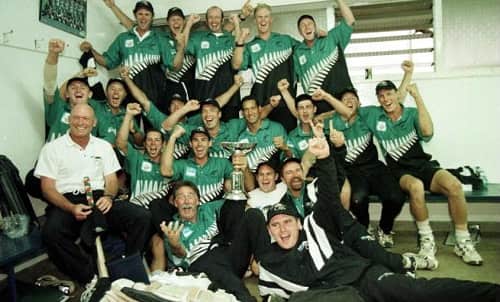 Surprise to many as Kenya is not amongst the top performing nations yet ICC chose it as the hosting nation after completing successfully first edition. Let me tell you the truth, ICC wants to promote Cricket in nations where it has least possible craze and let people know how amazing the sport of bat and ball is, that’s why Kenya was chosen as the hosting nation (who were at that time not part of top 10 but were amongst top 20).

New Zealand wins it the only time

Favorites India surprisingly lacked the performance in the final stage and Black Caps wins that edition of the tournament as their only ICC Champions Trophy win. New Zealand winning the tournament makes it their first ever ICC Tournament win.

The edition has seen largest participants as 12 teams around the world participated in the 2002 Champions Trophy edition and it turned back to Asian soil as the craze for Cricket in Asia was lots more than any western nation. Kenya and Netherlands were the 11th and 12th team to join the tournament. 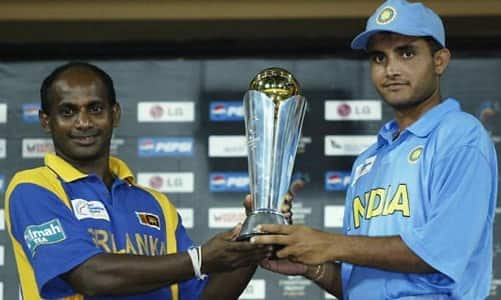 Two days wait for the rain to stop doesn’t help the final to roll out smoothly and for the very first time the hosting nation Sri Lanka shared the trophy with India and both the nations entered the next stage as winners. The two winners of ICC Champions Trophy surely hampered fans of both the nations but they were overjoyed that at least they didn’t lose the tournament.

Yet again participation of 12 nations this time, the tournament saw a craze and popular stadium packed cheer for each of the teams for the very first time. In the tournament tail-enders or we can say the last two joins were replaced with Kenya as the 11th ranked nation while Netherlands as the 12th part of the tournament.

Caribbean team was the winner

In the days of 90’s West Indies were called as the most attacking team but the tag soon lost its strength with the retirement of great players as Sir Viv Richards and other striking bowlers. Recalling that glory in the power packed finals West Indies defeated the hosts England in the finals to take back home the ICC Champions Trophy. Sarwan was named as the Player of Tournament for his astonishing show with the ball.

2006 and the period between 2006 to 2010 are called as the golden era for Australian team as they enjoyed major wins in ICC Tournament calling it a win at the ICC Champions Trophy and World Cup both under Ricky Ponting’s leadership and Glen McGrath’s superior bowling attack. The final of 2006 was played between West Indies and Australia as the two strong sides, rain storming in between let the final showdown to be decided with Duckworth-Lewis method.

Windies were stronger side as they had beaten Kangaroo in the Quarter Final stage but the fortune shifted making the men in Yellow Dress winners but Chris Gayle of West Indies was called as the Man of Tournament.

The gap for Champions Trophy has been named 3 years as for now by ICC from the year 2009, the most exciting tournament returned to action in South Africa as the hosting nation. Two groups played the match with 4 teams each.

Australia was unbeaten in a row

As we have already mentioned that during the period 2006 to 2011 Australia contains some big stars in the team with the presence of Adam Gilchrist, Mathew Hayden as top order super guns and Glenn McGrath and Brett Lee as quick guns. They win the finals by beating arch rivals New Zealand with an ease as the win comprises of 6 wickets for Aussies.

2013 in England, Final India VS England 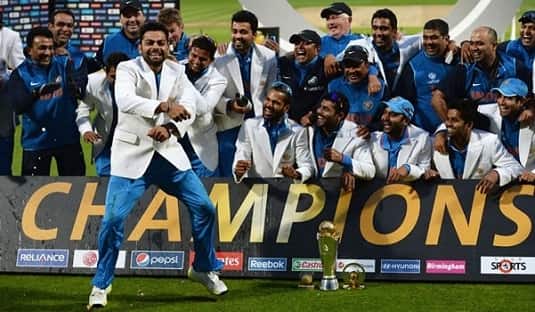 The last decided result Championships Trophy was played in the same nation where they are playing the latest 2017 edition of the game in England. The top 8 teams took part and nation worshiping cricket India reached finals by defeating arch rivals Pakistan, West Indies next, South Africa and Sri Lanka in semi-finals.

India named the ICC Champions Trophy Tournament for the second time and the final was a nail biting event as India won the match by just 5 runs. Indian army was overjoyed with the win as they won the match against the favorites England yet managed to win the highest price money labeled for the tournament that was $2 Million and the Blue Army deserved it. The giveaway price money was highest ever in the small history of ICC Champions Trophy Tournament.

2017 in England- Final India Vs Pakistan

Champions Trophy latest ICC season is being played at the same venue it was played for the last time, the teams part of the tournament are title defenders India, South Africa, England, Bangladesh, New Zealand, Pakistan, Australia, and Sri Lanka. unfortunately, entertainers West Indies are not part of the tournament due to the low ranking. This time eight teams join the battle and the tournament is towards its start with few of the matches played till date.

Pakistan Won it By Defeating India 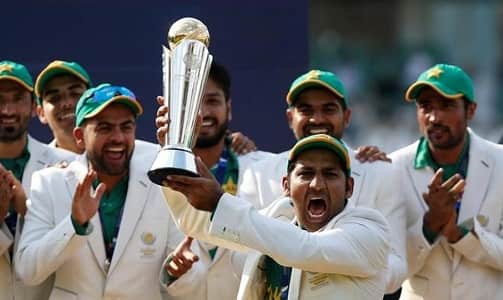 The finale of the champions trophy tournament was played in Oval ground in London. India won the toss and gave the chance Pakistan to bat first. Pakistan team scored 338/4 (50 overs) and the complete Indian team all out at just 158 score in 30.3 overs.