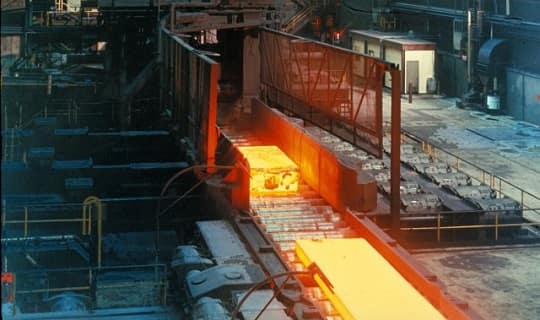 Undoubtedly, the per capita intake of iron and steel is one of the essential measures of a country’s economic development and industrialization.

The iron and steel industry completely depends on raw materials with heavy weight and heavy losses. And the availability of raw materials primarily governs its localization. Iron and coal are the two major raw materials used by the region and are based on low transportation costs.

Other materials used in the Iron and Steel Industry include dolomite, chromite, limestone, silica, etc. These are raw materials that can be transported easily and are used in small quantities. Therefore, they don’t substantially affect the localization of this sector.

The presence of the market has also influenced the localization of the iron and steel industry. Steel products made from integrated steel plants are heavy and cannot be transported easily, costing per tonne kilometer which is three times more than that of iron or coal. Hence, the transportation cost related to iron and steel production tends to be influenced by the market.

The economic reforms undertaken by the Government of India since 1991, added new dimensions to the steel industry in particular and industrial development in general. The government eliminated and removed restrictions on external trade and import duty.

Barring some local restrictions, the license for the steel industry was removed from the list of industries reserved for the public sector. The policies approved by the Government of India like convertibility of rupee on trade account, reduction in import duty on capital goods, and much more benefited the steel industry.

Benefits of the Indian Steel and Iron Industry

Some of the notable benefits of the Steel and Iron industry of India are as follows:

Indian Iron and Steel Industry is observing consolidation of players, which has led to financial support by individuals from other sectors. The constant gathering also offers employment opportunities for international people to enter the Indian market.

India was the world’s 2nd largest manufacturer of crude steel with a raw material of 9.5 Million Tonnes as of September 2021. Due to the presence of abundant iron ore reserves and low-cost manpower, India has become internationally competitive. It also houses reserves of iron ore and is positioned 5th highest reserves in the world.

The Indian government announced rules & regulations for the authorized specialty steel PLI scheme in October 2021. The government also funded Rs 47 crore to the Ministry of Steel under the Union Budget 2022 to 2023.

History of the Indian Steel and Iron Industry

India was the first country to manufacture metals, as early as 1600 BCE, according to Archaeologists and Historians. Though this sector did not come into existence in India until the year 1907. In the early years of 1800, the establishment of iron and steel units was actively started. The first attempt was done by the East India Company in 1808, and the second was made by Marshall Heath in 1830 which was shut down in 1860. The iron and steel industry got its start with the establishment of the TISCO plant in Jamshedpur in 1907.

Today Indian Iron and Steel Industry has proved to be the forerunner of globalization, and one of the few industries that have witnessed Indian development. Subsidiary industries like locomotives, automobiles, dams, machine building, ship-building, and commercial solely dependent upon the iron and steel sector.