History of Banking in India is something which everyone was aware of. The informal banking sector existed in India even before the 1600s but today, the sector has been formalized. In addition to this, it is known that the first bank in India was established in 1770 and it was known as Bank of Hindustan.

Today, one of the oldest Bank in India is the State Bank of India which started in the year 1806 as Bank of Calcutta. In this article, we are going to talk about the Structure of Banking System in India along with some other details.

Structure of Banking System in India – A Brief Introduction 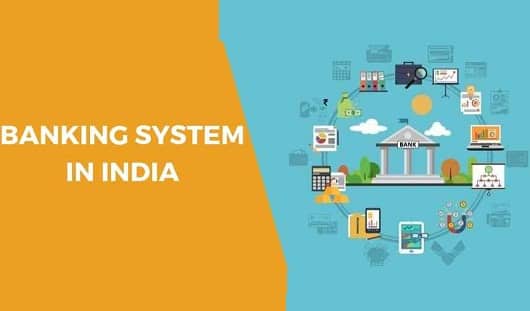 Phases of the Banking Sector in India

We will talk in details about this structure but before we move ahead, you must know that the evolution of banking in India can be categorized in four phases which are Phase 1, Phase 2, Phase 3 and Phase 4. Phase 1 is known as Pre Nationalization Phase which is prior to 1955. The next phase is known to be the Era of Nationalization and Consolidation which was between 1955 and 1990. The next phase was known as the Introduction of Indian Financial and Banking Sector Reform which is often marked as Liberalization Phase. This lasted from 1990 to 2004. The last phase is referred to as the period of increased liberalization and it is anything 2004 on wards.

As mentioned earlier, this is the central bank of India and it is also the regulatory body. The RBI was incepted in the year 1935 and apart from being a regulatory authority, RBI is also known to perform development and promotional functions. RBI is also referred to as Bank of the Bank. RBI also has the power to formulate the monetary and credit policy. In India, RBI is also known to issue the bank notes.

This is a categorization of Schedule Banks and the thing that you need to note about Commercial Banks is that they have the authority to take your cash deposit and off your loan as well. The service revolves around deposits and lending. Commercial Banks provide services to a wide range of sector and customer.

This is a category under Commercial Banks and the main definition of Public Sector Bank is that these banks are owned by the government and are listed one exchange. It is known that there are 21 nationalized banks in India presently and all public sector banks can be categorized in the three categories which are SBI and Associate Banks, nationalize Banks and Other Public Sector Banks.

This is a category under Commercial Banks and they have a host country which is not India. These banks are bound to follow the norms of the host country as well as India. In addition to this, these banks have head offices outside India. The example of this can be the Citi Bank and Standard Chartered Bank.

This is a category under Commercial Banks and the main focus of these banks is to provide services to rural part of the country. Presently, there are 82 Regional Rural Banks in India and they are mostly dedicated to the agricultural sector.

This is a new type of bank which emerged and these banks can’t offer credit. They can only offer payment solutions. An example of this can be the Paytm Payment Bank or Airtel payment Bank. For Microfinance Banks, they offer small loans and there are several such institutes in the country.