This Bigg Boss Malayalam show is an Indian television series that is based on the premise of another extremely influential and vital Indian tv show, the Bigg Boss Indian. The Malayalam Bigg Boss is a reality show in which contestants compete for cash prizes.

Celebrities such as models, actors, singers, filmmakers, internet celebrities, businessmen, and other well-known individuals are invited to participate in the Bigg Boss Malayalam reality show. A total of 100 days, which equates to around 15 weeks, are spent imprisoned inside the walls of the home that has been expressly made during the process of the program, with the contestants being referred to as roommates.

During this time frame, they have no access to the outside world and therefore are not permitted to leave the house on their own, unless there is any personal emergency.

Aside from 2 rooms, a living space, kitchen, pantry, smoking area, & four bathrooms, the fabled Bigg Boss House is equipped with a variety of modern facilities. In addition to the main house, there is a room known as the Confession Chamber, which is utilized by Bigg Boss when he calls the housemates for nominations and other purposes. There is no television or internet connection in the residence. Phones and other electronic devices are not permitted in the presence of the participants.

The shows are broadcast on Asianet on Wednesdays, Saturdays, and Sundays at 8:00 p.m. The events of the past days are shown during the weekdays, while the weekends are used to present an interview with the candidates who are evicted as a result of a public vote out. The interview is conducted by the show’s host. The show has been presented by the extremely well-known Mohan Lal for all of its seasons.

The technique for voting out is straightforward: the competitors propose two of the fellow inmates to be sent out, and the person who receives the most majority of votes is subjected to a public vote to determine his or her fate. Over several weeks, this process continues until only five contenders are left, after which a public voting mechanism is used to determine a winner and runners-up.

Other reasons for nominating housemates may include: nomination by a member who has acquired special rights (through tasks or other means), for breaching rules, or any other reason that the housemates may feel is appropriate. If anything extremely terrible occurs, a contender may be ejected from the competition immediately. The audience has never been informed of all of the regulations; nonetheless, the most important ones are readily visible in the video. In addition to Malayalam, the roommates are not authorized to communicate in any other language.

Sabumon Abdusamad, popularly known by his stage name Sabu, is an Actor & television personality who primarily works in the Malayalam language film industry. He was the first-place finisher in the opening season of Malayalam Bigg Boss.

He began his career with Lufthansa Airlines in Saudi Arabia, where he served in the sales & operations section. Later on, he decided to leave his work and pursue his dream of being an actor.

Sabu first gained popularity as a result of the television show Tharikida, which was centered on playing practical jokes on unsuspecting individuals. Because of the popularity of the performance, he began to be referred to as Tharikida Sabu. Sabu continued to appear on television programs, and his job as an interviewer on the Finnish television program Midukki was well-received by the public.

‘Bigg Boss’ was a reality television show presented by Malayalam star Mohanlal in which Sabu was the twelfth candidate. He competed against Pearle Maaney, Srinish Aravind, Shiyas Kareem, and Aristo Suresh in the final event then ended up winning the title.

The second season of Bigg Boss Malayalam premiered on tv on January 5, 2020. The season’s host was none other than Bollywood superstar Mohanlal. The monetary award for the season 2 winner has been maintained at Rs. 50 lakhs.

COVID 19 Pandemic forced the show’s big finale to be postponed. As a result, broadcasting was suspended starting on March 20, 2020.

The TRP rating for the program at the beginning of season 2 was 11.03, which is a high TRP rating for a program that is in its second season. The show’s producers have not yet revealed who will take home the top prize. It is a total of 23 people that will be housemates in Season 2.

According to the media, the show was canceled as a result of the Coronavirus outbreak. And all of the contestants agreed with the choice by expressing so. According to the season’s host, Mohanlal, the 2nd season was revolutionary among spectators. 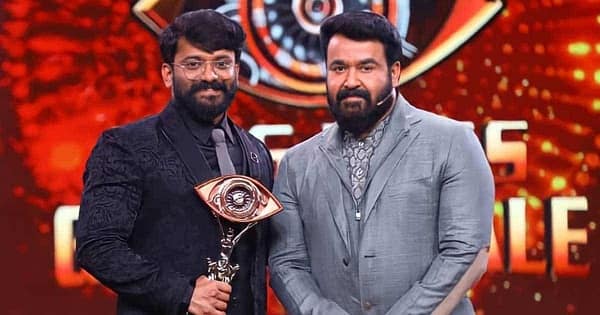 The final episode of Bigg Boss saw the recognition of the ‘title winner.’ This show has left the audience in anticipation as they await the formal announcement of the winner, which has been a long time in the making. The voting results revealed that Manikuttan had won the show with a great number of votes and that Sai Vishnu was in a strong position to finish second.

Controversies are something we enjoy, and the Bigg Boss house had a good proportion of them. Whether it is a battle between roommates or between the housemates and the Bigg Boss, there have been numerous bouts that keep the audience glued to their chairs. Although some of the scuffles are brutal, others have been simmering beneath the surface and contributing to the show’s overall popularity. These are some of the reasons why the Bigg Boss Malayam show is a must-watch.