In India you will get two types of companies. One is the Private one and the other one is the public one. Each of these companies have different set of features and roles to play. A private company is the one that is formed under the Indian Companies Statue 2013. In a private company there should be about a maximum of 200 members. The name of the company must end with Private Limited. This is also mandatory for the organization.

On the other hand, a public company is the one that is formed and registered under Indian Companies Statue Act, 2013. These companies can offer their shares to the public. There are no such limitations as to the number of members in a public company. But you must remember that there exists a difference between a public and a private company. Let us try to explore it.

Difference Between Public And Private Company 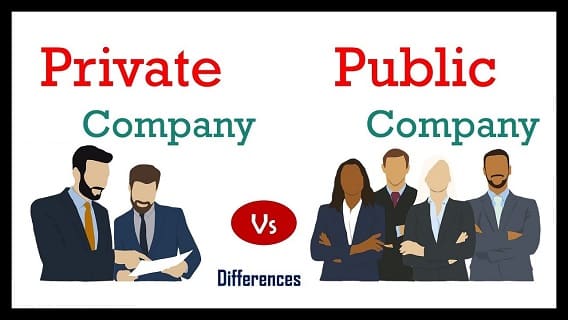 In a Public there is a requirement of a director’s approval in a written form. This is much more required for any kind of work. But in a Private company there is no such requirement of written approval from the Directors of the company. This is another noted difference that exists between the two types of company.