India has attained good position in rubber production. You will find many places that are best known for rubber production. It is found that every year the company manufactures good amount of rubber and send it to other countries. India has also grown its economy on several products. Out of this, rubber is one of the best ones in the list. There are many Indian states that are engaged with the work of rubber production. The report has clearly stated that India occupies the third position in rubber plantation next to Thailand and Indonesia. It usually takes 5 to 7 years to produce rubber latex. The country is also known for producing a wide variety of items like foods, fibres and fruits. Of them rubber is the most important ones. Every year rubber is produced by some of the leading states and they are supplied to other countries of the world.

There are ample products that are made from rubber. This is now quite evident that there is a great use of rubber in India and other countries of the world. It must be known to all that rubber production in India started during the British reign and continues till this date. 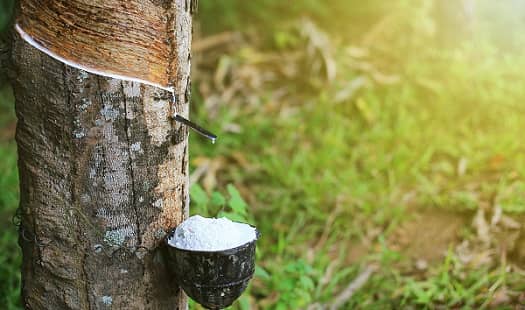 In this part, you will learn about some of the largest rubber producing Indian states. Through this discussion, you will be able to select the best one from the list. Let us explore it in the best possible manner.

It is one of the first state that is engaged in the rubber production. It would be right to say that Kerala contributes largest amount of rubber in the country. India receives maximum rubber supply from this state. According to the reports the state manages to produce about 4,55, 600 tonnes of rubber every year.  There are many rubbers plantation companies that are carrying out the business of rubber manufacturing in the best possible manner. With this, the state has gained good fame and reputation at the same time. It is found that Kerala contributes the largest share in rubber holdings which is estimated to be about 67%. It has a total share of 75% in rubber production.

The next state that comes in the list of rubber plantation is Tripura. It also produces good amount of rubber in the state. The state produces about 37,339 metric tones of rubber every year which is a big thing. The state was introduced in the rubber production in 1963 by the State Forest Department. Just after Kerala, Tripura produces about 9% of the total rubber production in India. This is good about the state. It is also known from various sources that Tripura holds the second position in having the largest rubber growing area just after Kerala. If you visit this state, you will get various rubber plantation companies that are located in various parts of the state. It also employs a lot of people who work and earn money.

It holds the third position in India for rubber production. This state uses about 32415 hectares of land to produce rubber in this land. This total area is totally dedicated in rubber production. There are large rubber manufacturing companies in areas like Chikmagalur, Hassan, Mysuru, Kodagu and Kannada. They have large areas that are completely used in manufacturing rubber. It is observed that recently rubber cultivation has increased largely in the state. You will get large barren lands that are being transformed for rubber plantation. This is something good about the rubber plantation industry and it also helps in the growth of the product.

The next in the list is Assam which is known for rubber plantation. The state contributes about 12117 hectares of land for rubber production. It is a big place that is engaged with this work. In the last year the total production of rubber latex was estimated to be about 5000 tonnes. A good number of people is also engaged with this profession and they are making a good income from this production. The majority of rubber production areas are found in outskirts of Guwahati. It feels great to have a glimpse of those lands.

This is the state where you will get big farms that are used for rubber production. Rubber produced from this state is send to other places. Rubber production has now turned to be one of the most essential resources for the state. It is also done to earn the livelihood.