Punjab National Bank, which is popularly known as PNB, was established in the year 1894. The bank is the second-largest government bank, and it has its headquarters in New Delhi. Punjab National Bank was seen as a game-changer after introducing students’ accounts in the late 2000s. It helped many people with financial inclusion. With the introduction of UPI, the bank quickly adapted to the UPI infrastructure, and it enabled the payments for all its customers. 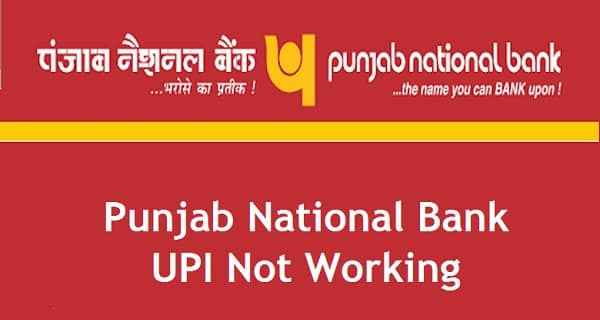 Do not worry, and check out the sections below to find the possible fix.

The most common issue that people face is that there is not enough balance in their account when transferring money using UPI. We shouldn’t even mention this, but this issue is quite common. So, you can go ahead and check the balance in your Punjab National Bank Account. Apart from this, the payment will also fail if you are trying to transfer more than Rs 1 Lakh to someone’s account.

2. Issues with QR Code or Other Details

The next thing you can verify in case of failure is if the payment details are correct. You can verify the QR code if you are using the QR code or verify the UPI id or the contact number. We can make typing errors, so there can be an issue with the transfer. In such a case, you must go ahead and verify the details and try using the Punjab National Bank UPI again.

In some cases, we have noticed that people have a limit set on their Punjab National Bank. For example, some people have a daily limit of Rs 20,000 or a transaction limit of any given amount. If the person tries to transfer more money than the set limit, the transaction will fail. So go ahead and review the UPI limits once again.

In recent cases, it has been seen that the bank froze some of the accounts, or the bank account has been dormant because of inactivity. You can only check this information by reaching out to the bank, and they will be able to help you understand if there is a debit freeze or any other issue with your bank account.

Another common issue for the Punjab National Bank UPI payment failure is that the bank server is unavailable. Generally, there are some maintenance activities or issues with the bank server because of which the payment may not process. In such a case, you can go ahead and try making the payment after some time.

7. Reaching Out to Support Team

The last thing that you can do is try reaching out to the customer care services of the Punjab National Bank and seek clarification from them. They can help you resolve the issue and tell you why the UPI payment is failing. The contact number for Punjab National Bank is 1800 180 2222.