In the career life of Sidharth Shukla, he was also in the limelight for a long time. He was a true gentleman by his personality, nature and communication skills. He was also known for his friendship bond with big boss co-contestant and Punjabi singer Shehnaaz Gill. The fans of both called them Sidnaaz.

Sidharth Shukla was born on 12 December 1980 in Mumbai, India. At the age of 40 years, Shuklapassed away on 02 September 2021 at Mumbai’s Cooper Hospital due to a heart attack. According to the doctors, Sidharth Shukla took medicine before sleeping, and he never woke up after that.  Sidharth was a gem, and he will be missed among all the Big Boss and TV serial fans. 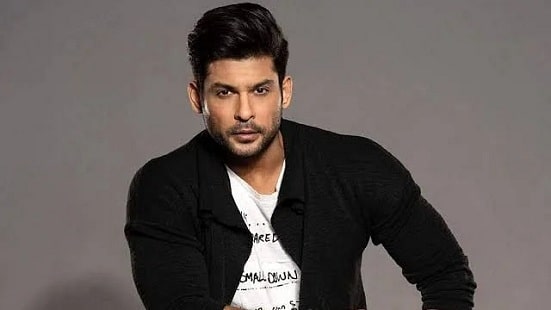 Let take a look at his personal life, career, Net worth and his entire biography.

He was a cool guy who can connect with the audience without fear of the camera. His dialogue delivery and comic timing were outstanding. He came back with India’s biggest reality show Big Boss. After winning the show, he works with various Indian and Bollywood superstars. The net worth of Sidharth Shukla is around Rs. 8.80 Crore. By showcasing natural acting, he wins millions of hearts. He majorly earns from brand endorsements, movies and web series. He charges well for brand endorsements after getting huge popularity. When it comes to social work and donation, he was always spot on the top. Let see the overall net worth.

He was born in Mumbai, Maharashtra, but he and his entire family belonged to Allahabad, Uttar Pradesh, India.  He was the son of Ashok Shukla, a civil engineer and employee of the Reserve bank of India and Rita Shukla, a housewife, also has two sisters. Sidharth Shukla dated Drashti Dhami according to rumours, Shefali Jariwala, Smita Bansal (rumours), Tanisha Mukerji (rumours), Rashmi Desai (rumours), Akanksha Puri and Arti Singh as per rumours. But he never got married to anyone. He was inspired by the Bollywood superstar Amitabh Bachchan, Shah Rukh Khan and Mithun Chakraborty.

He made his acting debut with a lead role in the Television show called Babul Ka Anagann Chotey Na in 2008. In 2009, he played role in Jaane Pehchanne Se Ye Ajnabbi Television show and appeared in a few episodes of Aahat on Sony TV. Jab We Met the popular movie had become ideal for his TV show namely Love U Zindagi. The year 2012-2014 was a lucky period for Sidharth Shukla. He came back with the highest TRP gaining show namely Balika Vadhu and made his debut in the Bollywood movie Humpty Sharma ki Dulhania. He gains immense popularity due to his confidence and power-personality.