Are you looking to purchase a budget phone? With the budget segment crowded with so many competing brands, picking up the right phone can be a tricky task. With nearly 85% of mobile users residing in this segment, price becomes the ruling factor during a smartphone purchase making companies go tooth-and-nail here.

The market leader in the Indian smartphone market is Xiaomi which still holds the crown for three consecutive years despite intense competition from brands such as Samsung, Vivo, Oppo. One of the winning factors leading to Xiaomi’s rise was the Redmi range of mobiles which enabled them to penetrate the budget segment with affordable phones which were feature-loaded.

If you are on the hunt for a new budget smartphone, then here are 7 reasons why you don’t want to miss a Redmi mobile: 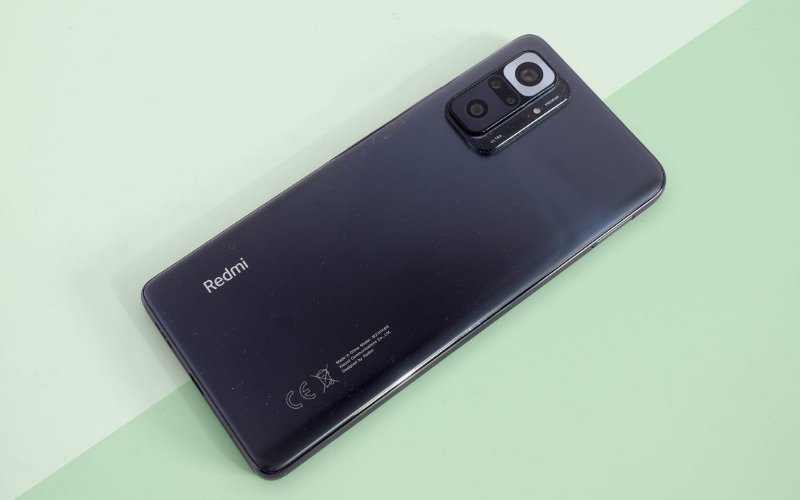 Xiaomi is one brand that works on razor-thin margins unlike other smartphone makers. Xiaomi has a wide range of mobiles across multiple price segments and Redmi mobiles in particular cater to the ultra-budget and budget segments. The Redmi mobiles are further divided into entry-level Redmi (6000- 10000), the mid-range Redmi Note (10000-20000), and the high-end Redmi K (20000-25000). If you are looking to buy a redmi mobile for a strong performer which blends features and cost, then the Redmi Note 10 pro could be a great pick. At a starting price of Rs 17999, this phone comes with flagship features such as a 120HZ AMOLED display, 64MP Quad camera, Snapdragon 732G processor, massive 5020mah battery with 33W fast-charger (100% charge in 74 minutes), MU UI 12 based on Android 11 to name a few.

Xiaomi blends fashion and function seamlessly to give you a mobile that is comfortable to hold and worth flaunting around. With each subsequent phone which is released, Xiaomi remains on an unceasing endeavor to elevate the sheer class and feel of their mobiles. Even the budget Redmi mobiles are comparable in looks and design to flagship phones from Samsung and OnePlus. Solid build quality, eye-catching colours, curved edges and other attractive features make them a class apart.

Redmi understands the importance of a good display in a smartphone. That’s why it pays more attention to display quality with high resolution, higher screen-body ratio and brightness control. The Redmi Note 10 is one of the rare phones under 15000 to feature a 6.43 inch super AMOLED display with 2400 X 1080 resolution so you’ll get the exceptional contrast and colour these kinds of screens deliver without the price tag that they usually command.

Have you purchased a low-budget mobile only to realise that the specifications don’t support your daily needs? Well, that won’t be the case when you purchase a Redmi mobile. The low cost does not entail cutting corners and in fact their phones are packed with an abundance of features that can be found in devices costing twice as much. Take for instance, the upcoming Redmi K20 priced under 30000 that comes with the blazing-fast Snapdragon 855 processor which can give you flagship performance.

Redmi has worked hard to ensure the camera in all their mobiles is top-notch. With each new smartphone release, Redmi is looking to enhance camera capability and give users that extra magic they desire in their photos.

The Redmi Note 10 Pro max brings a revolutionary change to budget camera phones with a 108MP quad rear camera. This is supported by an 8MP Ultra Wide Angle Camera, a Macro Camera with up to 2x Optical Zoom, and a 2MP Depth Camera. LED Flash, ISOCELL Plus sensor, Autofocus, Exposure compensation, ISO control, HDR mode, Face Detection, Continuous Shooting, Touch to Focus, Auto Flash, are some of the features available with the back camera configuration. A 16MP front camera ensures decent selfie.

Another enticing feature of Redmi is their long-lasting battery phones and fast charging capabilities which are especially useful for gaming and movie binging. The Redmi 9 Power in the ultra-budget segment is a perfect example of a mobile with 6000mah large lithium-polymer battery that can give you 695 hours standby or 215 Hours of music or 45 hours of calling or up to 13.5 hours of gaming. The 18W fast-charging support along with the reverse-charging feature keeps your mobile and supporting devices always powered.

When you purchase a Redmi mobile, you are certain that your phone checks all the boxes on design, display, durability, battery, camera, UI and just everything that goes into making a solid phone. The Redmi Note 10T in the budget segment is described as the ‘Fast and Futuristic’ phone by Xiaomi and comes not only with 5G connectivity but a host of other features like 48MP AI Triple camera, Mediatek Dimensity processor, 6GB RAM, 128 GB storage, 90Hz FHD+ display, 5000mah battery with 18W fast charging

If you are a price-conscious user, Xiaomi’s Redmi mobiles offer a bang for your buck. In just about every handset there’s a standout feature that you’d expect to pay significantly more for, such as a speedy Qualcomm processor, super AMOLED screens, not forgetting the Redmi Note 10 Pro’s 108MP mega quad camera.