Air fryers in India and convection ovens can be compared on various bases. Some are as follows.

The cooking capacity of a convection oven is more as compared to an air fryer. Thus, large quantities of food can be cooked in a convection oven without the need to cut them into small pieces. Air fryer, on the other hand, does not accommodate much food at a time, and you need to cook in batches, especially when the meal is for many people.

When it comes to baking large quantities of cakes, biscuits, etc. a convection oven is always a better option than an air fryer. This is because air fryer cannot bake anything in significant quantities enough for many people.

Air fryers do not require oil for frying. But some amount of oil is required for baking anything in a convection oven. The temperature in an air fryer also reaches higher levels within a short period of time, which reduces the time duration of the cooking process. As a result, the nutrients present in the food are preserved. In the case of a convection oven, the cooking process is longer, which may result in loss of nutrients.

Air fryers have a non-stick surface, which makes them very easy to clean. The small size means that the time taken to clean an air fryer is less. Convection ovens, on the other hand, require a lot of effort to clean because multiple areas are very difficult to clean. Strong detergents are required to remove oil and grease stains, which are inevitable in a convection oven.

An air fryer is more energy efficient because it takes about 25% lesser time to cook food as compared to a convection oven. 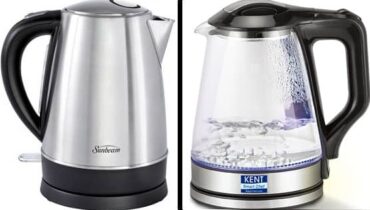 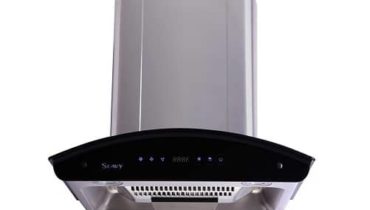