Here are Top 10 animated Hollywood movies that you can watch with your kids.

The story of two sisters and their saga is amazingly animated in the movie Frozen. The movie was directed by Jennifer Lee and Chris Buck. The 2013 movie hot huge acclaim in Box Office and also won the heart of the kids. The story of the princess is worth watching. The story of Anna and Elsa along with Kristoff and his reindeer can be enjoyed along with the family.

The Classic of the 1990s is still one of the best animated Hollywood movies. The journey and adventure of Sinbad, the Lion is as mesmerizing in the screen as it can be. This movie is known for the immense liking of the kids. The movie is directed by Roger Allers and Rob Minkoff. The movie was released in 1994 but since then Simba has become an iconic animated character. Your kids will certainly fall in love with The Lion King.

8. How to Train your Dragon

This is a movie that can conquer hearts and make you and your child fall in love. One of the best movies made so far on dragons, this movie deals with the furious Night Fury dragon. Kids will get to see scores of dragons, tactics to pacify them and the other side of the dangerous dragons. This is a must watch movie. The movie was directed by Dean DeBlois and Chris Sanders. The movie was released in 2010 and was also followed up with its sequel as How to Train your Dragon 2 which is equally popular and entertaining.

One of the most loved movies of all time, Up was released in 2009. The journey and adventure of Carl, a widower to paradise falls, the dream destination of his wife along with a little kid in his flying house is mesmerizing. This movie is one of the best for the kids and you can enjoy the movie thoroughly as well. Up was directed by Pete Docter and Bob Peterson.

6. Beauty and the Beast

The 1991 movie is known for the incredible journey of a princess. She agreed to stay with a beast to find her abducted father. The enchanting story of the beast and the princess would leave you in enchantment. The journey, adventure, secrets and the equally fascinating narration of the story can be a great movie to watch.

The classic from 1992, Aladin based on the Arabian Nights and the folk tales, is one of the most popular and most entertaining animated movies ever made in Hollywood. The story of Aladin and Princess Jasmine with the magical lamp will take you to the different depth of the movie. The movie was directed by John Musker and Ron Clements. It was a huge success at the Box Office as well.

Shrek is one of the most entertaining movies of all time with the message of love, friendship, courage, innocence, and fun at the same time. Shrek has always been one of the most popular animated movies for the kids in Hollywood. The movie was released in 2001 but there have been three more parts of the movie that have released since then. All of the parts are equally entertaining and has created a franchise of entertainment and fun for the kids. It was directed by Vicky Jenson and Andrew Adamson.

The story of the minions and the adventure and journey ahead are very interesting and equally gripping. The emotions, fun and the stupidity of the minions are something that you would love to see again and again. The movie has always been one of the most favorites for the kids for the awesome script and of course for the minions. The movie is directed by the Pierre Coffin and Chris Renaud. The movie was released in 2004. There has been a sequel of the movie too as Despicable Me 2 and that is equally enthralling.

One of the most appreciated and critically animated movies of recent times, Finding Dory is about a Blue Tang Fish who suffers from Memory Loss in every 10 seconds. However, the little fish remembers that she has been separated from her parents. You can join her quest to find out her parents and partner her in the adventure with your kids. The movie was released in 2016     and was directed by Andrew Stanton and Angus MacLane. 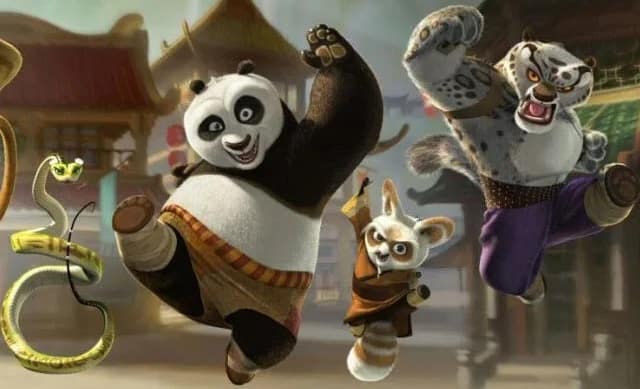 Po, the Panda, a Dragon Warrior, is probably the most loved animated character ever made. The Giant panda fights with everything with his friends and under strict training. But with every move, he would make you love him, laugh and cuddle him. He is the most lovable character and starting from kids to adults just love the Kung Fu Panda and Po. The movie was released in 2008 and a sequel was also released in 2016. The movie was directed by Mark Osborne and John Stevenson.

These movies have not only earned huge collections at the Box Office but have also earned the popularity and love of people.