As we all know, Bigg Boss Telegu has turned out to be the most happening show in the present time. It has become the hot favorite for many of us. The show has also gained good hype with the contestants fight and argument. Each day you will experience something new in the show. Right from the first day, this show has become the heart robe of many people. If we do not see Bigg Boss, it seems that we have missed something big for the day. It is a great event for each of us.

The show has been adapted from a Dutch series known as Big Brother. The concept was the same. However, some difference was observed in case of the game and other events. John de Mol introduced the concept of Big Brother. In India, some modifications were made as per the circumstances and contestants. People from various fields can join the team. However, you are abiding by the rules and regulations of the house. You have to maintain it as much as possible.

All your activities are captured on the camera. It seems someone closely observes all your movements. You need to maintain the decorum of the house in any situation.  As a contestant, you have to play various roles as and when required.

Rules of the Bigg Boss house

It will be interesting knowing about the rules and systems of the house. It is mandatory to maintain it.  A team of people has to live in a house isolated from the whole world. These people will be known as “housemates”. In each week, the housemates will select two people for elimination. The one who will receive the maximum number of votes will face the public votes.  However, one member has to leave the house after the elimination process. In the final week, five members will stay. Now general public will decide whom they want to elect through votes.  The one who will receive the maximum votes will win the game. If you are found to get low votes, you will be eliminated from the house. It is like a challenge that you have to maintain. You have to try your level best to do your best in the show and win it. It will be your achievement once you gain success. Never let the chance go.

You must try to maintain the rules of the Bigg Boss in any situation. The Bigg Boss is a good place where you can do a lot of things. You will feel beautiful during your stay.

In the year 2017, Bigg Boss Telegu started its journey. At the time, there were 16 housemates, and the show came to an end after 70 days. Junior NTR hosted the show. Siva Balaji, who is an actor, producer, and television personality, became the winner. He became famous only after playing the role of “Ajay” in the film named “Arya”. He won the show with a margin of 8.5 lakh votes which is a great thing. As a winner, he received prize money of R 50 lakhs. He also received a huge trophy as a winner of Bigg Boss winner. He was a popular contestant in the entire show. It seems that his life changed after the show. He became renowned and popular among the people.

Season 2 of Bigg Boss 2 commenced in the year 2018. The show comprised 18 contestants. Fifteen among them were celebrities, and the rest of them were commoners. The show continued for 112 days. Kaushal Manda, an Indian actor, was the winner of the show. He also participated in many Telegu films. He is a known face of the Telegu television industry. He started his journey in this industry by playing Mahesh Babu’s film named  “Rajakumarudu”. In the year 2019, he entered into Indian politics. He joined Bharatiya Janata Party. He also received a cash prize of Rs 50 lakhs.

The show of Bigg Boss 3 was an interesting one in all aspects. In this season, there were 17 contestants. The show continued for 105 days. Akkileni Nagarjuna was the host of the show. You must know Nagarjuna, who is a famous personality in the film industry. The winner of the show Rahul Sipligunj is a famous singer. He is a playback singer who mainly sings in Telegu films. In his early life, he began his career by singing and making videos on YouTube channels. He has sung in more than 50 Telegu films. He also earned good fame after becoming the winner of the show. 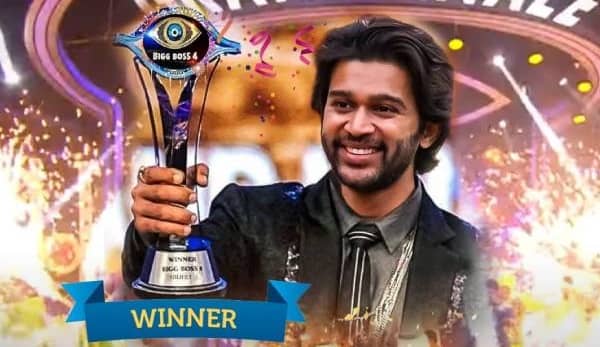 Bigg Boss season 4 was launched in 2020. In the beginning, the show comprised 19 contestants. The show was also hosted by Akkineni Nagarjuna. This time the winner was also a singer named Abhijeet. You must have heard his name on the Indian Idol. He was also the winner of Indian Idol show. He is a famous singer who sang a lot of sings in the Telegu film industry. Apart from this, he also played a role in “Sekhar Kammula”. This bought him to the limelight of the film industry. He has also played several roles in web series. After winning the title of Bigg Boss, his life changed to a great extent.

Here you will gather the names of the runner-up of the show. This will keep you updated from time to time. Let us now have a glimpse of the title and hosts of the show in Bigg Boss Telegu. You will also get to know about the date of commencement of each of the shows.

The show is aired on top television channels. The viewers eagerly wait for the time to watch it. The central part of the show is that you as a contestant have to stay away from friends and relatives for a specific period; it is great to forget about them and concentrate on the show. This will take you to the peak of success. You can enjoy to be the winner of the show.