Since the benign of the human nature on the planet earth, there has been an aura of leadership attached to humanity. Whether it’s the desire to lay claim or the wilt of the power there have been numerous leaders right through the time human nature gained sense.

As a result, the history books are filled with the namesakes of the past great leaders. But only a few graced the past and kept their repertoire glowing brightly. And herein we are deciphering the select few truly great kings or monarchs in our ‘Top 20 Greatest Kings in the World’s History’.

Read along for the greatest men perched on the throne in the history. 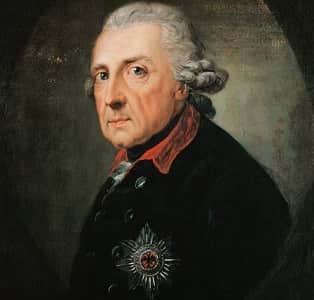 We cannot deny the fact that Fredrick II indeed turned Prussia into a leading power of Europe. Victory in the 7 year’s war led by Frederick, saw the Prussia nation doubling in size and power. He was a great source of inspiration and adoration by his fellow kings as he modernized education and legal forms in his Prussian state. 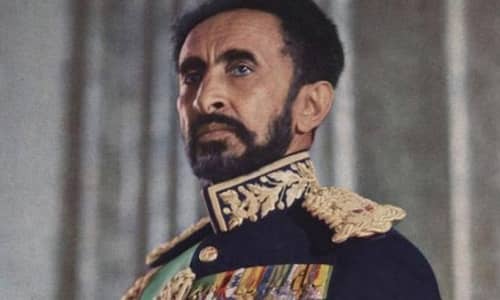 The Rastafarian culture and tradition portray him as a god as his lineage is all the way traced to King Solomon in The Bible. He became emperor of Ethiopia and fought colonizers from Italy. Introducing modest reforms of education and legality, this saw his country modernizing at large although he paid respect to foreign civilization. However, his style of ruling was outdated and he became overthrown in 1974 as the last Ethiopian king. 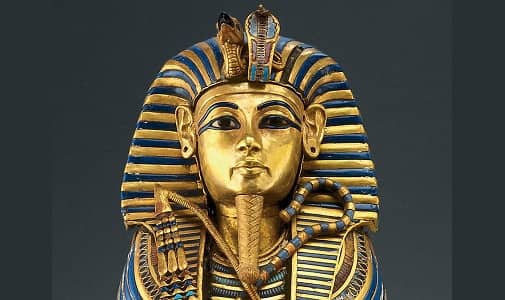 He did not play a major role in Egypt’s vast history. As a child king, he only ruled for a period of nine years. Perhaps, his burial site made him iconic as it remains one of the only alive tombs ever found in Egypt. The amazing and unique artifacts found in his tomb discovered the ancient Egyptian way of life. However, Tutankhamen tried to improve relations with adjacent kingdoms as well as participating in construction projects in his kingdom despite making less contribution in Egypt. Nonetheless, his uniqueness is attributed to the discovery of his tomb and that certainly makes him an idol. 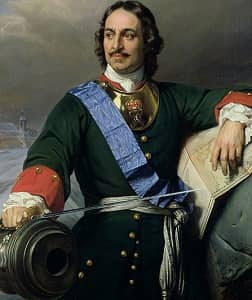 We see this Tsar inheriting an outdated and primitive kingdom and turning it into a modest empire. Tremendous efforts saw him implementing education reforms, polishing his military and government systems as well as expanding the Russian territory bordering the South and East. Indeed, he boosted Russia’s progress and made it as one of the greatest players in the world.

The greatest and the longest serving Turkish King in the history, Suleiman The Magnificent fared well when it came to ruling the kingdom. He had an imperious knowledge of culture, military, diplomacy and naval to name a few. His reign coincided with the largest ever Ottoman Empire which he foresaw for 46 years. 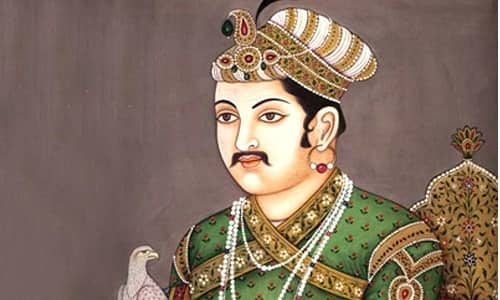 One of the most prominent Indian rulers of all time, Akbar belonged to the Mughal clan. He was the third Mughal Emperor of India and ruled the lands for 49 years ranging from 1556 to 1605. He was revered as the liberalruler with an equitable belief. He brought reforms to military and revamped the structures of it. His Mughal army was sought to have been invincible. 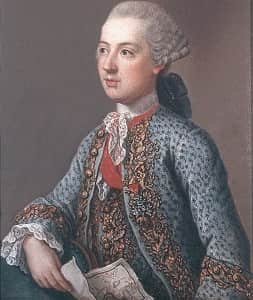 One of the most desired rulers of all time, King Joseph II ruled the lands of Rome from 1764 to 1790. He was designated as the Holy Roman Emperor for his imperious ruling capability. He was the first ruler for the Austrian Dominions for House of Lorraine. He was later on succeeded by his younger brother later on.

Having been thrust a minor throne age the age of 13, he went onto to become one of the most revered organizers in the monarch history. He went on to unite different regions of China into a single empire fostered with bureaucracy, taxation, standardized measurements and weights. He was well supported by his two ministers who helped him in ruling the lands of China. He died at the age of 49.

Although not a king by technical designation, as Rome didn’t bequeath that position at that time adhering to its nature of council and democracy. He was born and Octavian and was the great-nephew of Julius Caesar. He secured his power by executing thousands against them. He expanded the lands of Rome to Hungary, Croatia, Egypt along with Spain and Gaul. 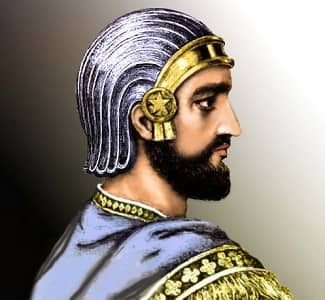 Born into a minor royal family, he laid claims to become the first emperor of Persia by united the tribal Medes and Persians. He was the first emperor to create the charter of human rights which stands still in the modern day British Museum. He spent years unifying the nation by gaining control over lands of the nearby nations. At one time, his empire stretched from India to Greece. 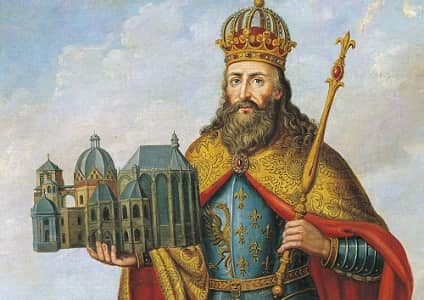 Revered as ‘Charles the Great’ and ‘Kings of Franks’, he ruled along a European Empire based around France, Italy, and Germany. Although he could not write, he was well versed in Teutonic, Latin, and Greek verse. He started his campaign aged 27 and went on to live till 72 when he died due to fever. He fought 53 campaigns and led most of them from the front. 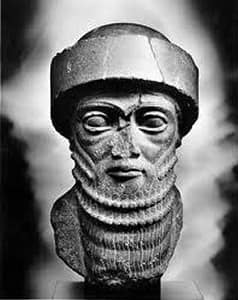 As the sixth king of the first lineage of Babylon, Hammurabi is well known for his legal nature of the command. His eight-foot-high curved tablets and the earliest organized law ever to be found the site as examples. His governing code ranks as an ‘eye for an eye’ justice approach written in in the Babylonian vernacular. He is known to be one of the earliest lawmakers in the world’s history.

One of the first rulers in the history to understand the utility of sea power and supply lines, Pharaoh Thutmose III of Egypt never lost a single battle in his 18 outings. He was bequeathed with the throne when he was just about seven years old. He spent two decades on the throne co-regent with his father’s wife. He conquered the lands of Palestine, Syria, Mesopotamia and Nubia during his tenure. The marking od Egypt as a major player in the world power was established during his tenure. 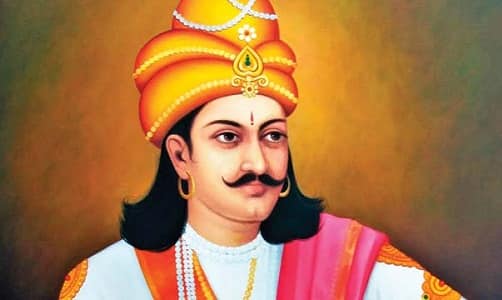 Only a few monarchs to have etched their names into the folklore, Ashoka was born into the Mauryan imperial house. He was the decedent of Chandragupta Maurya, the man who founded the Maurya Dynasty in India. Ashoka gained the throne when his father died upon. He went on a brutal rampage en-route to expand his empire. It was one such battle where he embraced Buddhism upon seeing the blood carnage by his army. Before preaching Buddhism, he had already expanded his kingdom to the lands of Nepal, Pakistan, Afghanistan. 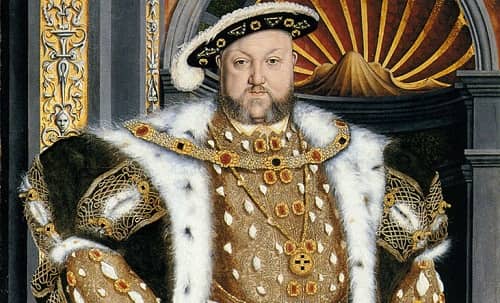 He is believed to have been the founder of English reformation. He is also known to have married six wives. He had a high intellectual capacity and he was charismatic in nature. On the other hand, however, he was a killer. His political foes would be headed. He had a desire of fathering a male heir who would inherit his kingdom but all the same, he had two daughters who later on became the most iconic and famous Queens of England.

Primarily known as ‘Timur The Lane’, Tamerlane was born in the modern day Uzbekistan around 400 miles north of the city of Kabul. He suffered slight paralysis on his one side during childhood. He went on to become the senior minister in the chamber of Mongol Khan and overthrew the rule to claim himself the king. He claimed Persia, Armenia, Georgia and few parts of Russia during his tenure.

Often known as the ‘The Scourge of God’, he ruled the lands of Hungary after inheriting the throne in 434 AD. He ruled the lands stretching from Germany to the Caspian Sea for more than 20 years while keeping enfeebled Roman Empire at bay. He breathed his last after choking on his own blood after a nosebleed or a rupture. 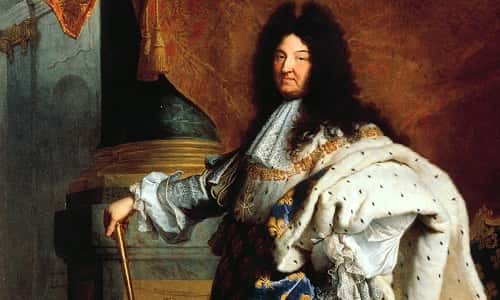 He displays the Levity of the sovereignty rule of the eighteenth century. His aim was to symbolize an image of power though his legacy led his country below to revolution. He ruled for quite long but his reign was more of a dark shadow to its people. He is known to be the most famous and scandalous Kings of all times. 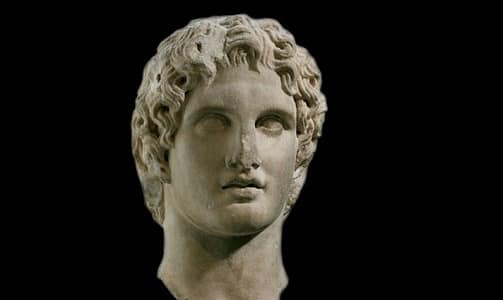 One of the most revered men around the world in the monarch fraternity, Alexander the Great ranks second in our list. He started at a young tender age barely into his teens after the death of his father and went on to conquer the whole of Greece by the age of 22. He then eyed the Asia minor and stretched his empire to the northern India all along. He died aged 33 battling fever which had deteriorated his health. 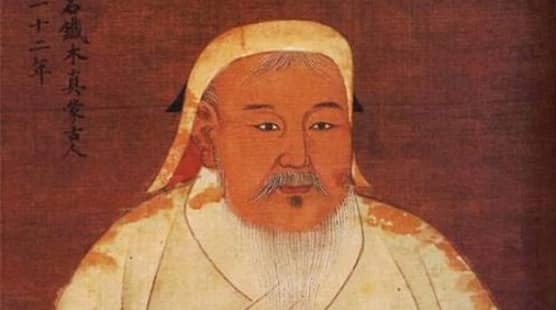 No list of top kings in the world is completed without Genghis Khan perched on top. Originally named as Temujin from Borjigin, he was born into the Khan tribe. His father was murdered when he was at a pretty young age. Cast aside in the brink of eternity, he came back to take claim of his tribe. He then went on a rampage and won over multiple lands spread till Afghanistan and Northern China.  He conquered more land than any other monarch in the history. He was survived by his clan who went on an embark of united China.

In a nutshell, Either by power and inheritance from their fathers or by fighting for their own greatness, the following kings certainly made history in the world. The list outlines the top 20 most famous kings in the world historically who were either celebrated or maligned. Their significance, contribution and system of governance clearly depict the kingdom and empire they reigned during their eras. Their unforgotten legacies nonetheless, portray them as iconic figures of king-leadership.

P.S. – The above list shows the greatest Kings ever ruled in the world of history in descending order.