Dance is a powerful impulse, but the trade of dance is the channelling of that impulse by experienced performers into something incredibly expressive that can entertain audiences who have no urge to dance themselves. The aesthetic and metaphorical connotations of the movement are equally present. The sight of someone dancing is, of course, visually pleasing. But what if you saw famous faces, such as stars, dancing on a reality show? This is the central concept of Jhalak Dikhhla Jaa. Mona Singh was the Season 1 winner of Jhalak Dikhhla Jaa. She appeared on the show alongside dancer Toby. She is a well-known actress well known for her performance in the program Jassi Jaisi Koi Nai. She received critical acclaim for her roles as Ananya Sharma and Poorva Gupta in the year 2018 movies Kehne Ko Humsafar Haina. She has hosted television shows such as Comedy Nights Live.

Season one of Jhalak Dikhhla Jaa premiered on television in 2006. The season included a total of eight contestants. 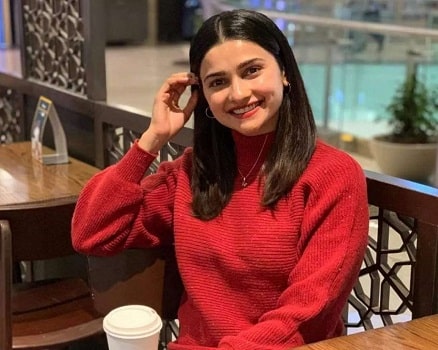 Prachi Desai was the season 2 winner of Jhalak Dikhhla Jaa. She appears in the show alongside dancer Deepak. She is a well-known television and cinema actress. She began her television career to be the main character in the popular Zee TV show Kasam Se. In the 2008 film Rock On!!, she made her debut in Bollywood. She is also the voice of Goa Tourism & Neutrogena goods in India, as well as an endorser, spokeswoman, and brand ambassador. Desai is also a Lux Lyra brand ambassador.  Desai was born to Niranjan and Ameeta Desai in Surat, Gujarat. Esha Desai is her only sibling.

Urmila Matondkar, Shaimak Davar, and Jeetendra were the season’s judges.

Rohit Roy & Mona Singh hosted the season. Season 2 of Jhalak premiered in 2007. Sandhya Mridul was the show’s runner-up, and Jay Bhanushali was the season’s second runner-up. Bhaichung Bhutia was the season 3 winner of Jhalak Dikkhla Jaa. He performed in the show alongside the dancer Sonia. Bhaichung is a former professional footballer from India. He was a striker on the field.

The season’s judges were Juhi Chawla,  Saroj Khan, and Vaibhavi Merchant. Shiv Pandit hosted the season and was eventually replaced by Ronit Roy and Shweta Tiwari. Meiyang Chang was the season 4 champion of Jhalak Dikkhla Jaa. He is a Chinese-American actor, television personality, and singer. He appeared in the show alongside dancer Marischa. In 2006, he rose to attention as a participant in season 3 of the singing competition shows Indian Idol. He then began acting in the movie Badmaash Company.

Sushant Singh Rajput finished second in the show. Yana Gupta was the show’s second runner-up. Season 4 of the show premiered on television in 2010. Gurmeet Choudhary was the season 5 winner of Jhalak Dikhhla Jaa. He appeared in the show alongside the dancer Shampa. He is a well-known Indian actor who has appeared in several television shows. Gurmeet rose to notoriety after playing Rama in the television series Ramayan, supporting Debina Bonnerjee in the role of Sita. Choudhary appeared on Pati Patni Aur Woh alongside his then-fiancée, Debina Bonnerjee, who later played Sita in Ramayan.

Rashami Desai was the show’s runner-up, and Rithvik Dhanjani was the second runner-up. Season 5 of the program premiered on television in 2012. Drashti Dhami was the season 6 winner of Jhalak Dikkhla Jaa. She appeared in the show alongside dancer Salman. She is a well-known television actress in India. She is also well known for her performance in Geet Hui Sabse Parayi. In Colors TV’s Silsila, she portrayed Nandini, a survivor of domestic abuse who finds love with her closest friend’s husband, from June to October 2018. A critic from India Today lauded her, stating she is as good as another television actress, Sriti Jha, who has previously played a domestic violence victim. Ashish Sharma was the season 7 winner of Jhalak Dikhhla Jaa. He appeared in the show alongside the dancer Shampa. He is an actor who has appeared in films and on television. Ashish is well-known for his portrayal of Prithvi Vallabh in Prithvi Vallabh-Itihas Bhi Rahasya Bhi. His role Major Rudra Pratap, a border security officer on Colors TV’s RangRasiya, became a household name in 2014, garnering both critical & popular acclaim. In 2014, he won Season 7 of the dancing television show Jhalak Dikhhla Jaa with choreographer Shampa.

Karan Tacker was the show’s runner-up, and Shakti Mohan was the second runner-up. Season 7 of the series premiered on television in 2014. Faisal Khan was the season 8 winner of Jhalak Dikhhla Jaa. He took part in the show alongside the dancer Vaishnavi. He works in the Indian television business as an actor and dancer. Faisal won the renowned reality dance competition Dance India Dance Li’l Masters. He played Maharana Pratap in the television drama Bharat Ka Veer Putra-Maharana Pratap.

Ganesh Hegde, Lauren Gottlieb, Karan Johar, Malaika Arora, & Shahid Kapoor are the judges for Season 8 of Jhalak. Malaika appeared on the program for a brief moment.

Manish Paul was the season’s host. Teriya Magar was the season 9 winner of Jhalak Dikhhla Jaa. She appears on the show alongside Aryan Patra. She is a dancer from Nepal who currently resides in Mumbai, India. She rose to prominence following her performances in the dance contest tv show Dance India Dance Li’l Masters, which she won on June 21, 2014. Teriya was named “Lumbini Peace Ambassador” on June 29, 2014. Prakash Man Singh, Deputy Prime Minister & Minister for Local Development, presented the award. In the historical television drama Chandragupta Maurya, he portrayed Chandragupta Maurya.

Salman Yusuff Khan was the season’s runner-up, and Shantanu Maheshwari was the show’s second runner-up. Gunjan Sinha Was the winner of Season 10 Jhalak Dikhhla Ja. Manish Paul and Arjun Bijlani hosted the season, which was judged by Madhuri Dixit, Karan Johar, Nora Fatehi, & Terence Lewis. The series was aired on Colors TV on September 3, 2022 and ended on 27th November 2022, and available digitally on Voot.

Finally, the program brings together celebrities and professional dancers. Each couple performs prepared dances while competing for judges’ scores and audience votes. Each week, the couple with the weakest combined total of judging points & audience votes is removed, until only the winning dance duo remains. Jhalak Dikhlaa Jaa is a well-known show in India. It airs at a time when people are relaxing with their families and looking for a show to watch. What better way to spend an evening than watching Jhalak Dikhlaa Jaa? It has truly become a national reality television fixture.