Copper is one of the most important products that is required for many purposes. You must have seen as a metal copper has been in use for human civilization for a long time. If we move to the ancient period, you might have seen that copper was even used during those days for meeting the requirements of the people. As time changed the requirement changed to a great extent. It underwent drastic changes at the same time. You must also have an experience of handling copper utensils and ornaments during the ancient time. On the other part, as copper is a good conductor of heat and electricity, you must have observed that it is being used for a wide number of electrical tools and accessories. It is being used for that purpose and the result is quite good.

On the other hand, copper is used in the manufacturing of various metals in the electrical and automobile industries. You must have seen that copper is also used in defence industries. Copper mining is a complicated and expensive matter. Although India is not famous for copper production but it is making every attempt to increase the production and secure a better position in the world market. 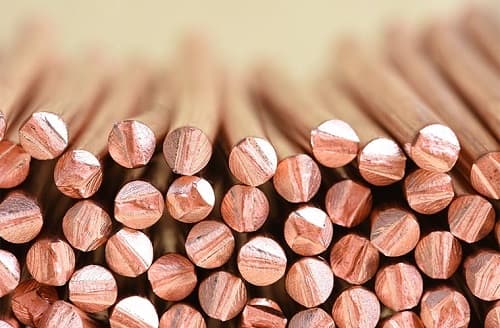 Here you will learn about some of the largest copper producing Indian states. It will be great to know and learn about their roles and contribution in copper production. Let us try exploring it.

The first state that produces largest amount of copper in India is Madhya Pradesh. This state has also surpassed Indian states like Karnataka, Rajasthan and Jharkhand. The best thing about this state is that it is blessed with a large belt that is named as Taregaon area. It comes under the Balaghat district. This district has large copper reserves and its produces large amount of copper every year. On the other part, some moderate sizes of reserves are also found in areas like Kherlibazar -Bargaon area of Betul District. You will also get to see that most of the people in this area is also engaged in the mining work. This is something great and good about the place. The production has also created good job opportunities for the people of this region.

The next state that produces good amount of copper in India is Rajasthan. The state has improved a lot in copper production and is now occupying the second position. Once you visit this place, you will find that there are many mines that deal with copper production. There are many such copper mines that are engaged with this work. However, most of the ranges are located in the Aravali range. Not only this, but a total number of recoverable reserves is available in places like Jaipur, Ajmer, Alwar, Jodhpur, Pali, Sirohi, Sikar and many other places. The copper belt that exists in the Jhunjhunu district covers about a big area. It runs from north-east and south-west area. You will also get a good number of copper belts in the Kishangarh area of Ajmer.  It also creates a lot of job opportunities for the people of this area.

Jharkhand which was the part of Bihar is also a great producer of copper. Now it comes under the Chhattisgarh state and occupies the third position in copper production. The production decreased because of the splitting of the states and increase of the states. It has highly hampered the copper production to a great extent. There has been fall of 62% in the copper production due to these reasons. The main copper belt in this area covers up to 130 km. It is a big area. It is found that Singhbhum is one of the main areas that produces good amount of copper. You will get several copper mines that are located in this area. Surda, Dhobani and Rakha are the main places that produces good amount of copper in the state. You will get some copper mines in Hazaribagh and Gaya belt. The state is making every possible attempt to revive the position and secure a better place in copper production. It will soon get it.

In the next part, you will see Orissa that also produces good amount of copper in India. There are many areas in this state that is mainly associated with the task of copper mining. Some of the noted districts like Mayurbhanj, Keonjhar are indulged in the task of copper production. Every year good amount of copper is produced from these places and exported to other countries. The state is also making every attempt to increase its production with Government interference. Most of the copper is exported to countries like Peru and Chile. India is planning to increase its exporting countries.

Who are the importing countries of copper?