India is famous for producing and exporting textiles in the world. Due to affordable prices and premium quality fabrics, globally more and more consumers buy textiles from India and sell them in their countries. If you are curious to know more about how the textile industry plays an essential role in the economic growth of India and know more about it, read the below-given information.

Before digging into the History, future growth, and how it contributes to the Indian economy, you first need to understand what textile is.

About Textile – A comprehensive information 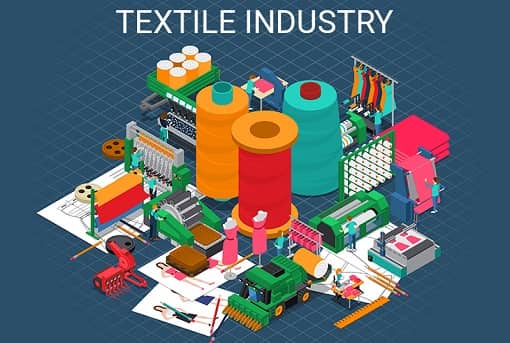 Speaking of Indian historic roots, the Khadi cloth was introduced by the late Mahatma Gandhi to show the unity and resilience of India.

How is the textile industry essential to the Indian economy?

One of the oldest employment sources, India’s textile industry has a significant role in India’s development. The textile sector is widely varied from hand-spun to hand-woven, various mills, and so on. As it is one of the largest sectors, this industry recruits over four crore workers, including 35.22 lakh handloom workers across the country.

In 2021, between April and December, raw materials and other materials exported to other parts of the country cost about US$29.8 billion, which is expected to exceed US$209 billion by 2029.

India’s economy has been highly dependent on the textile industry as it has a worldwide trade in textiles and clothing, as a result of which India’s GDP has increased tremendously and India receives a large amount of revenue.

Textile Design – Textile design comprises the process of producing, planning, and transforming textiles to cater to the requirements of people. The expansion and design of the textile industry have altered drastically over the years. The final products after textile design involve drapes, carpets, clothing, and towels.

Due to the strong history of textiles and profusion of resources, the production and scope of textile design are vast in India. The huge amount of design rules dependant on the ideas and region’s diverse practices adds to the richness of the design, making the country’s textile products ideal for export as well as domestic markets.

Types of Textile Industry in India

India has the 3rd largest sheep population and is the 7th largest manufacturer of raw wool in the world. However, the country depends on raw wool imports from New Zealand due to a severe lack of domestic production. The wooden textile sector meets the needs of civilians and the defense of the country. As opposed to the cotton industry in the country, woolen textile is small. The leading states of woolen textile are Rajasthan, Punjab, UP, Gujarat, and Maharashtra.

India’s second largest and most developed sector, the cotton textile industry is also the most developed in natural fibers. It is the most globally enhanced sector in India in terms of geography.  The livelihood of more than 5.8 million cotton farmers depends on it, while 50 million people are engaged in trading and processing cotton.

In terms of production, the jute textile industry secured 2nd position. Famous as an export-oriented industry, the survival of the jute sector is entirely based on its export performance.

With over 100 silk textile mills across the different parts of India, the Silk textile industry has been the largest producer. It also produces all the commercial silk versions, namely Tropical Tasar, Mulberry, Oak, Muga, and Eri. The sector has a vast employment rate, lucrative margins, and low capital investment for the silk producers.

India has been famous for its textile mills and related exports and businesses. Regardless, the Indian textile industry declined drastically during colonial rule, it recovered its charm again in the early 19th century. For the past 4000 years, India has been popular for its textile sector. In 1818, the first textile mill came into existence. The real change happened when the first cotton mill was formed after 36 years in Bombay.

Later Ahmedabad as a competitor established its first cotton mill in 1861. The textile industry witnessed rapid development during the 19th century, leading to the establishment of 178 mills in India in 1900.

Future of Texture Industry in India

To support this sector, the government has launched numerous schemes. Some of them are as follows:

In addition to food & household, textile is another basic necessity. With certain styles and clothing, you can represent your personality, culture, religious norms, political, economic, and social.  Textile has become a strong mode to influence people and express oneself.