Did you know that the microwave wasn’t invented on purpose, in the 1940s, Percy Spencer invented Microwave Oven by accident. And that invention turned out to be one of the most popular inventions of the 20th century. Now you can see microwave ovens installed in every other household in the world. It is true that over the years, the technology used in microwaves has evolved quite a lot, now companies offer many features for the safety of the users.

However, hundreds of people complain about their microwaves not working properly. There could be many reasons behind that, and in today’s post, we will be shining light on these reasons or root causes. Not just that, we’ll let you know about the possible fixes that you can try to fix your microwave oven and make it work again. So let’s get down to it then.

Whenever you are having issues with your microwave oven, where the oven isn’t turning on at all, then the following are the common reasons in most cases.

Now you know about the most common causes that could be the possible reasons why your microwave oven is not working. Therefore let’s explore the possible fixes, so that you can fix it on your own without leaving the comfort of your house. 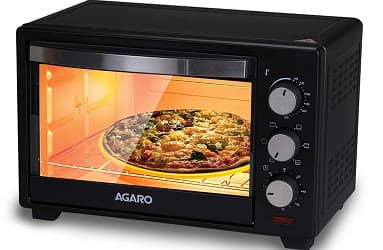 When there is a power surge in the area, then it is possible that your microwave oven’s fuse may burn out. And if that’s the case, then you can no longer be able to turn on the oven. In some other cases, when the microwave oven is a bit old, then its fuse is more prone to burn out. If you can locate the fuse by opening up the casing of the oven, then you can change it on your own pretty easily at home. However, we recommend you take all the safety precautions because sometimes even when you unplug such home appliances, they sustain some electricity.

You may already know that the door closing mechanism is a trigger to start the microwave oven, and that’s because there are three to four door switches present. And sometimes it happens when any of the door switches is faulty, and that is why the oven doesn’t work after closing its door. Again, you can easily locate the door switches of the oven by opening up the upper casing and replacing the faulty ones with the new door switches.

The thermal fuse actually works like a safety feature or element because whenever the inside temperature of the microwave reaches a certain point, the oven automatically shuts down. However, it could be that the problem you are facing with your microwave oven is because of a burned-out thermal fuse. If that is what has happened, then you can simply replace the thermal fuse with the new one, but it isn’t as easy as replacing the door switches or the main fuse.

In the microwave oven, there is the main control board and without it, you won’t be able to make your microwave oven work. If you suspect that it is the problem related to your oven’s main control board, then you’d have to replace the whole board. That would for sure cost you higher than the other components and you will not be able to install it on your own. In this case, we’d say you should seek a professional’s help.

Try all of these fixes one by one, and we are pretty sure that you’ll be able to make your microwave oven work again.