Necessity is the mother of Inventions. It is an outcome of any method, device, thought or idea. Inventions are almost everywhere from household items to high tech electronic gadget. When you wake up, you could use a toothbrush, but have you ever thought of the inventor of the toothbrush while brushing? It is a Chinese invention, which was designed by Dupont de Nemours. We are using the improved version of toothbrush today. similarly, we are using a lot of inventions that are discovered by scientist all across the world.

In this article, we will show you the top 10 countries with most inventions in the world.

With over thousands of powerful inventions and discoveries, India stands tenth place on this list of top 10 countries with the most inventive in the world. India is a beautiful country, which is enriched with rich culture and aesthetic arts and architecture. Apart from the traditional culture, it has a great history of powerful innovations and scientific discoveries. The modern India has contributed a lot of inventions from astronomy to cartography to mathematics to metrology. After independence, India has focused on information & communication technology, which encourage a lot of students to become an innovative engineer and scientist. Biggest contribution of India is “zero” without which you can’t imagine mathematics.

Canada features as 9th top most inventors in this list. Out of total inventions, Canada has made 1.70% of inventions. Canada is a beautiful country enriched with rich architecture & pleasant climate. The Canada government promotes education to all the students through free education and schemes. This is the reason why Canadians are highly innovative nowadays. Their popular invention is the Electric wheelchair, which is a great gift for all the physically challenged people. Some of the popular inventions made by Canada are such as Insulin, Lightbulb, Wonderbra, Zipper, Robertson screw, Artificial Pacemaker, Five-pin bowling and much more.

At number 8, we have the United Kingdom on this list. They have high IQ and reasoning capabilities. Well, we can say that world is nothing without computer & Internet.  The first programmable computer is created by Charles Babbage who is a scientist from the United Kingdom. The discovery of this first programmable computer is the heart & soul of any new inventions. The United Kingdom is the platform for all the inventions. An electric telegraph was designed by Sir William Fothergill Cooke and Sir Charles Wheatstone. They bring innovations in a variety of fields from electrical to chemical field.

France has produced many wonderful inventions. One of the most popular inventions is Braille software, which is invented by Louis Braille. As he was a blind, he knew how difficult it is to be a blind. In fact, his inner thought is the platform for his such wonderful inventions. It is the boon to all the blinds in the world. There are a lot of inventors in France who keeps on thinking about the new discoveries. Also, you may wonder if the inventions belong to France. Such inventions are Mayonnaise, Pencil sharpeners, pasteurization, stethoscope, Canned Food, Hot air balloons, Hairdryer and lots more.

China holds leading positions in many fields. Some of the popular inventions are paper making, gunpowder, printing, and the compass. Apart from the inventions, China contributed numerous inventions to the world. They are the founder of silk, Tea production, Alcohol, mechanical clock, Earthquake detector, porcelain, Bronze, kite, seed drill, Toothbrush, paper Money and much more. In China, Acupuncture was used 2300 years ago.  The first Acupuncture book “Beijing”, was discovered in China. Interestingly, Chinese were using the acupuncture treatment even before the discovery of the book

Taiwan is a wonderful country, which is the source of many inventions. They invented a lot of things and some of the popular inventions are such as Floating gate transistor, woodball, Xiaoluren, Integrated laptop projector, Connect 6 etc. Besides the electrical gadgets, they discovered some interesting food products such as Bubble Tea, Instant noodles and lots more. the notable invention is Bubble Tea, which was invented by Taiwanese Street food vendors. It is a plastic cup with an over sized straw, which is good enough for the beautiful tapioca bubbles. This delicious drink is famous throughout the country.

Germany features as the 4th top most country for inventions in this list. Ferdinand Porsche, Johannes Gutenberg, Karl Benz are just a few of the popular scientist and engineers who hail from Germany. German inventors have discovered many beautiful inventions from medical devices to everyday household items. They have created the variety of things such as contact lens, Bayer Aspirin, Accordion,  Automobile, Bacteriology, Gummy Bears, Christmas tree, Jeans, printing press, Kindergarten and much more. Apart from these, x-rays, Record player, Coffee filters, Easter Bunny are some of their useful innovations.

At number 3, we have South Korea on this list of top 10 countries with most inventions. Internet café, the Table computer, MP man, IPS panel are just a few of their famous inventions. South Koreans bring a lot of innovations in a variety of fields from agriculture to astrology. In the agricultural field, they have created some worthwhile products such as soybean cultivations, water gauge, heated greenhouse, pluviometer, Homi and much more. In addition to this, they have created plenty of things in agriculture field includes refrigeration, underfloor heating, Korean pagoda etc. They also have shown their innovation in astrology such as star charts, astronomical observatory and lots more.

With the extraordinary inventions and discoveries, Japan stands 2nd place on this list of top 10 countries with most inventions. Out of total worldwide inventions, Japan achieved 15.85% of innovations till date. Japanese have extraordinary IQ level which is why they have created many electronic gadgets and many of which are still used today. compact Disk, DVD, BD, Battery(lithium ion), Dry cell Battery, Optical Fiber, White LED, Light Emitting Diode are just a few of their popular inventions.

It is no wonder that Americans are the mother of all the innovative inventions. From hearing aid to Micro oven, numerous American inventions have changed the world. Laser, LED, chromo therapy, Mobile phone, video game, personal computers, Internet are some of their famous inventions. Any new technology starts from America. They are the source and hub of all new innovations. Did you know that internet protocol suite was designed by Americans? Internet is life. Internet is heat & soul of technology. World is worthless without internet & technology.

In fact, without this protocol, neither you nor I can read or write this article right now. 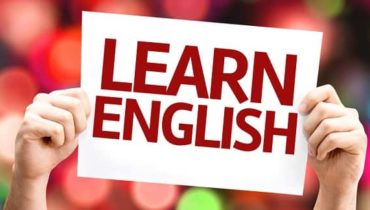 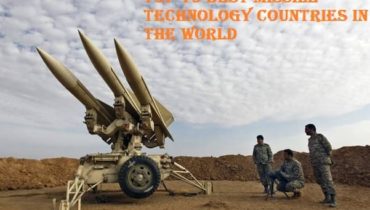