Along with China and South Korea, India is one of the leading Asian countries in terms of the number of students studying abroad. In 2014, this state for the first time surpassed China in the growth rate of the number of people who went to study abroad, although, in relation to their total number, it was significantly lower. As access to quality higher education in India is extremely limited, young people are increasingly going to study in the USA, UK, Australia, or other cheaper and closer countries.

In this article, we will consider in more detail why Indian students dream of studying abroad and what country’s problems force them to make such a choice.

Problems of Higher Education in India

There are tens of thousands of colleges and several hundred universities in the country. 267 of them are private. About 80 percent of students study in undergraduate programs, and about 0.34 percent of the total number of students – in doctoral studies.

The Problem of Accessibility of Education

However, the problem of accessibility to higher education still persists. In general, the situation of representatives of different regions, social groups, and sexes has improved, but at the same time, the growth rates of the availability of higher education for various groups differ greatly. For example, between the 2002/2003 and 2011/2012 academic years, the total share of youth in high education tripled in some states and doubled in others. The highest growth rates of this indicator are observed in those states where the higher education market is dominated by private universities, which leads to increased inequality.

There are still significant differences in access to higher education among certain social groups. Gender inequality is still noticeable, but in the last years, it has significantly smoothed out. Moreover, in some states with a high proportion of youth enrolled in higher education, female students even outnumber male students.

The Problem of Quality of Education

There is also the problem of the quality of education. Only a small proportion of Indian universities are teaching international standards. Experts point out that one of the problems is that there is a huge competition in prestigious Indian universities – for example, those belonging to the groups of national technological institutes and management institutes, and they simply cannot satisfy the demand for education existing in the country. And since there is no clear quality control system, second-tier universities can vary significantly in level.

The Indian education system has been chronically underfunded for decades. There is a shortage of teaching staff in the country. The ratio of teachers to students in Indian universities is 1 to 24. Indian state governments cover 80 percent of the cost of public education, with three quarters spent on primary and secondary education – their main area of ​​responsibility. Tuition fees in universities directly depend on reputation: in the most prestigious ones, it reaches 15 thousand US dollars per year, in less prestigious ones – from 3 to 6 thousand for undergraduate programs and up to 9 thousand for master’s programs.

Within the framework of this article, it seems appropriate to consider who pays for the education of Indian students abroad.

Most Indian students pay for their studies abroad on their own; the country actually lacks state financial support for studying abroad. India’s Ministry of Human Resources and Development provides some administrative support, but not financial. However, Indian citizens have an opportunity to receive scholarships from international organizations and foreign governments, in particular, the Commonwealth of Nations scholarships. More than 900 such fellowships are awarded annually. Moreover, financing those of them that are intended for citizens of developing countries of the Commonwealth is carried out by the Department for International Development of Great Britain; a special department is engaged in the distribution – the Commission on Scholarships of the Commonwealth of Nations.

Considering all of the above problems, it becomes obvious why Indian students dream of studying abroad. It is connected with the educational problems that exist in the country. Thus, the strategies of the future should be aimed at effective regulation of the system to ensure the quality and increase the accessibility of higher education for representatives of lagging regions and disadvantaged social groups.

According to experts, when choosing a country and a university, applicants from India and their parents are guided primarily by international rankings and the prevailing ideas about the quality of education in a particular university. In this regard, the emphasis in the admissions campaign should be on high academic standards, which provide high-quality student learning.

More about this author
Author 321 Posts 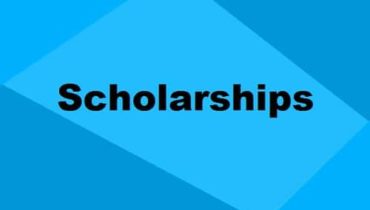 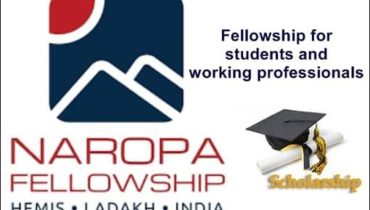