When a person is actively seeking work but has not been able to find it, they are considered to be unemployed. To gauge the state of the economy, look no further than the unemployment rate. Many different kinds of joblessness exist nowadays. There are two forms of unemployment discussed in this article: “open” unemployment and “disguised” unemployment.

Open unemployment occurs when a person who wants to work and has the necessary skills is unable to find gainful employment. The effects of this kind of joblessness are plain to see. Many well-educated persons we meet share the opinion that “graduated from a reputable college but still in quest of a job.”

The conditions for this type of joblessness vary across rural and urban locations. Unemployment rates in the open labor market have varied dynamics in large and small urban centers. 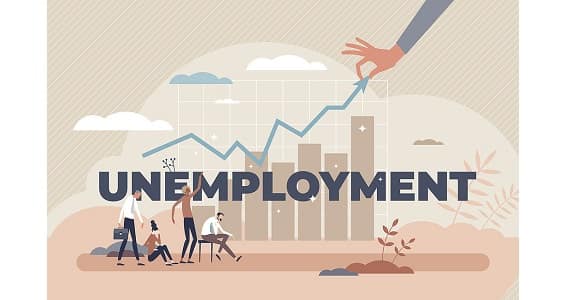 Unemployment among the educated is increasingly widespread in India. Young people in India with secondary school diplomas, bachelor’s degrees, and master’s degrees are actively seeking employment. Since everyone in India over the age of eighteen is automatically considered “job ready” by the country’s education system, this is the case.

This results in young people being left unskilled and ultimately jobless. It’s important to remember that having a degree isn’t enough to guarantee employment; one also needs the necessary skills.

Overpopulation, or just population, has been a problem since the beginning. It includes issues like healthcare access, lack of affordable housing, and high unemployment in India. The population is too large for the infrastructure to provide even the most fundamental services, such as food and healthcare, let alone create new positions and employment.

When compared to educational systems in other countries, our own reveal serious flaws in their approach to teaching.

When compared to educational systems in other countries, our own reveal serious flaws in their approach to teaching. The causes of young unemployment can be broken down into several categories: outdated curriculum, poor quality teaching resources, and a lack of fundamental infrastructure.

A significant portion of the youth unemployment problem in India can be attributed to a lack of marketable skills. It is crucial to acquire the appropriate set of skills and to concentrate on competency in order to be employable in any field.

However, most young people nowadays do not possess the abilities necessary to fulfil the requirements of a given profession.

A large percentage of recent graduates lack the necessary level of English communication skills. When you talk about acquiring skills, primary schooling comes into play. At the elementary level, it is crucial to train students on the fundamentals of language and communication.