In Asia, India is regarded as a subcontinent for ample reasons. It has covered 2.4% total area and received an exponential identity all over the world due to the Himalayas in the north and Deccan Peninsula in the South.

In addition, it has seven countries inside the Indian continent, such as Bhutan, Nepal, India, Pakistan, Sri Lanka, and the Maldives. Therefore, it shares different historical connections, ethnic, cultures, and languages. 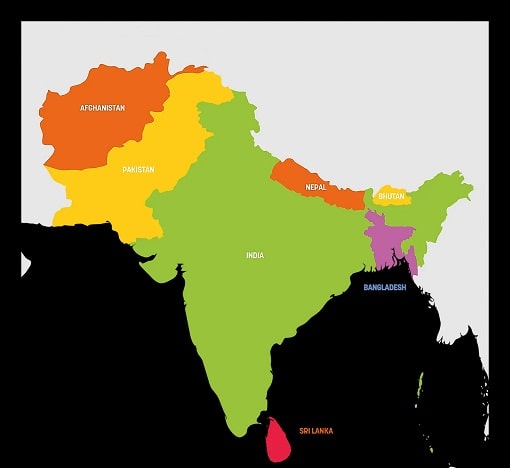 It has become a part of Asia because of the moment of land. The reasons why India is the part of the subcontinent in brief are –

Geography is the central reason why India is known as a subcontinent. There are mountains, immense plains, and the Thar desert that has discovered India is one of the sub-continent and giving psychological diversity. Moreover, India is inevitably the seventh-largest country worldwide, bounded by the Indian Ocean and Himalayas in the South and north, respectively. Due to these two major reasons, India has got a separate identity.

If India is compared with other parts of the world, it has a wide range of species of plants and animals. Speaking broadly about flora species, there is a range of forests such as evergreen forests, deciduous forests, and alkaline meadows. The vegetation grown at such places is vast in numbers.

In India, it is easily visible that all the religions manage to live together. This is known as unity in diversity. India is a subcontinent with numerous religions, caste, and races at the place who speaks distinct languages but still manage to live together in unity even though they practice different customs but have the feeling of brotherhood.

The political factor of India has made it different from others since, in its vicinity, it is far different from other countries. Based on socialism and secularism, India is entirely separate from others. Also, it is a place that is having largest democracy. Along with the independent institution, India can easily be recognized as a political identity worldwide. Therefore, people living in India make a valid and responsible decision for the upcoming party to rule the place. It happens due to the commitment made to the particular aspect.

In terms of counting the population, India belongs in second place. It is the second-largest place that has the largest population in the globe. Compared to other continents, it has more than Africa and Asia.

Overall, even historically, India is considered a subcontinent because it has a distinct unit identifying the land separately. So, India has been considered a sub-continent and accepted since ancient times.