What is Simon Commission?

In 1928, the group travelled to British India to research constitutional change in the vast and strategically crucial colony.

After 10 years, a commission was to be appointed by the Act of Indian Government 1919 to assess the system of government’s performance and provide recommendations.

It was vehemently opposed by the national leaders & freedom fighters since the British government had failed to put even one Indian on the Commission. 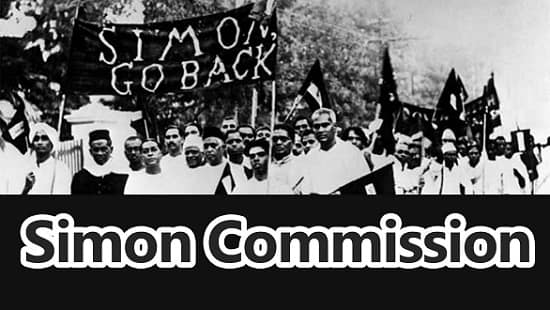 The Simon commission was sent to India due to the following reasons:

The Indian public was outraged and embarrassed because no Indians were included on the Commission that was appointed to study and make recommendations on constitutional changes for their country.

The Congress as well as other nationalistic leaders and the general public condemned Simon Commission’s findings and recommendations.

Numerous demonstrations, both solo and organized, were staged to demand that the British government reevaluate the Commission’s make-up.

During a conference in Madras in Dec 1927, the INC decided to boycott the Commission. Mohammed Ali Jinnah had also convinced certain members of the “Muslim League” to take this stance.