Human Race had always been hungry for energy. Since we started using electricity, there had been a major dependency on fossil fuels with time, we have started adapting to a different source of fuels for generating electricity. There has been an increased dependency on nuclear energy and most of the countries are also dependent on the renewable form of energy to generate electricity. Some of the examples of this can be solar energy, hydro power electricity,and wind energy.

So, the advantages of Wind Energy are listed below. 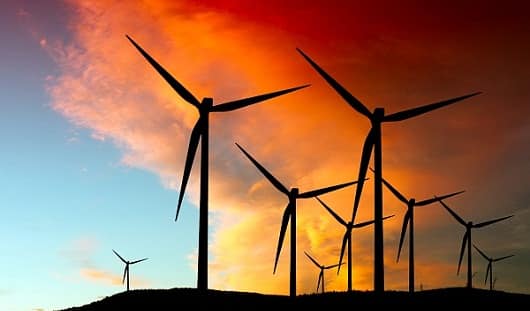 The best part about wind energy is that it is a clean source of energy. It has a two-way impact on the environment. The first impact is that we do not have to burn fossil to produce electricity so there is a very low footprint and secondly, the wind energy reduces the dependency on fossils and hence reducing the carbon footprints. This is one of the greatest advantages of wind energy.

The cost of wind turbines and the technology being used is also falling with every passing year. The reason for this is the technological advancement in the sector and the reduced cost has encouraged a lot of countries to invest in wind farms. The impact of wind energy is on the environment and the cost of electricity that the people are paying to the government of their country.

The fact is that the wind turbines are very cheap to maintain but they require a lot of capital for setup. This is considered to be one of the greatest disadvantages of wind The cost is certainly coming down but it is still at a higher end and this discourages the countries to invest in technology. If there was a way to bring down the initial setup cost then it would surely prove to be of great advantage.

Wind turbines are installed at a remote location where the wind speed is good. This means that the workers would have to travel a lot for their work and in addition to this, it also increases the transmission cost because of the long diastase. Sometimes, it is not feasible to use wind energy because of the distance from the nearest

3. The danger to Wildlife

Wind energy also possesses a danger to the wildlife. It is believed that wind turbines increase the mortality rate among birds and bats. So, it is some way or the other harming the environment by disturbing the ecosystem where the wind turbines are installed. As per some of the experts, wind turbines are equal dangers to wildlife as the cell phone towers are.

Wind speed fluctuates from time to time and this impacts the energy generation as well. There is a threshold speed of wind which is required to generate electricity. In addition to this, there has to be a lot of research and study that needs to go in before the installation can start. The wind turbines can’t be installed in cities because the wind flow is restricted and that causes the failure to the project. This fluctuating wind speed doesn’t grantees a steady flow of electricity and hence it is not very reliable.