India is a developing country and it is focusing on a lot of things of which making the cities green and clean is one of the most important things. There are many cities in India which are extremely clean and those living in these cities also make sure that it happens and they make sure to maintain the cleanliness of their cities. If you happen to visit any of these places you will realize that they actual look very clean, except of course the fee areas that are meant to be filthy. Otherwise, these places are damn clean and look pleasant to the eyes. There are alot of cities in the country that are clean and a few of them makes in our top 20 list. The list of the top 20 clean cities in India is according to the ratings of the ministry of urban development of India.

Here are the top 20 cleanest cities in India.

Mangalore is a city, which has the most beautiful sea shores in India, which are extremely clean and looks beautiful. Mangalore ranks eighth in our list of the top 20 clean cities of India. It has the most amazing roads where a person can see the sea while driving.

Tiruchirappalli ranks sixth in the list of top 20 clean cities in India. It has a ranking of 59.02 and it is one of the cleanest city in India. Located in the southern region in Tamil Nadu, Tiruchirappalli is also famous for a lot of other things other than its cleanliness.

Vishakhapatnam is one of the cleanest cities in India. It is also the city in Andhra Pradesh and also has the largest population. It is indeed a clean city and the people of the city make sure to maintain the cleanliness.

Chandigarh is one of the most popular cities in India. It is the capital of two states Punjab and Haryana. Now in recent  “Swachh Survekshan” survey It is the third most clean cities in India after bhopal.

The city of Steel, Jamshedpur is situated in Jharkhand. The City has been ranked 12th Cleanest City in India and has also secured 3-star rating under Garbage Free Cities in the world`s largest cleanliness survey.

The city of kings, Mysore is the 11th cleanest city in India. It has a ranking of 70.65 and it is a city in the southern region and is located in Karnataka. Mysore is famous for a lot of things and especially for its palaces and the royal look.

Ahmedabad is one of the largest states of India, known as the economical and industrial hub of India. Ahmedabad has been adjudged the cleanest city in the category of cantonment boards. The city is also followed by two popular cities called Delhi & Meerut. Also, it has been secured the first position in the district ranking category. Among 342 cities of India, Ahmedabad has got 10th position and star ratings for cleanliness.

Andhra Pradesh state has two major cities: Vijayawada and Greater Visakhapatnam, in which Vishakapatnam secured  9th position in the sixth edition of Swachh Survekshan 2021 that is a nationwide annual cleanliness survey. The city is formerly known as Vizag and was one of the ancient port cities in India. With a more than 10 lakh population, it secured its position in the top-10 list of cleanest cities.

Vadodara is known as the cultural capital of Gujarat and it is also known to be the third largest city is Gujarat. The city is located at banks of Vishwamitri River and the city has been featured in the list of the cleanest city in the India.

Bhopal is the capital of Madhya Pradesh and Bhopal is also known as the City of Lake. There are several artificial lakes in the city which add up to the beauty of the city. Since the Bhopal Gas Tragedy of 1984, Bhopal has come a long way to become one of the cleanest cities in India.

Raipur is one of the fast-emerging cities of India, is the capital of the Chattisgarh state. Previously, the city is part of MP, which later became the capital of Chattisgarh. From the historical and archaeological point of view, it is one of the popular cities. Presently, the city has been bagged as the cleanest state in Indian by the Union Ministry of Housing & Urban affairs.  It has been ranked as the 6th cleanest city in the country.

Pune, formerly known as, Poona, is located in the state of largest state called Maharashtra. The city is also known as the Queen of the Deccan. Pune has secured three-star ratings in garbage management. It is one of the largest cities in India geographically. By securing the fifth position, it becomes one of the cleanest cities in Swachh Survekshan. The credit for cleaning the city goes to Pune Municipal Corporation (PMC). Last year this city had 17th rank in cleanliness

Navi Mumbai is basically a township in Mumbai and as per the information; the city will get its own international airport by end of 2019. The city has been under development since 1971 and since then the city has come a long way on thepath of development.

Vijayawada or Bezwada is located in the Indian State of Andhra Pradesh. This cleanest city is covered by the hills of Eastern Ghats and is popular for commercial and education departments. Also, it is one of the steadiest growing urban areas in the country. In the Swachh Survekashan 2021, the city has been placed as the third cleanest city in India. Also, declared as a “Garbage Free City”. The city was also rewarded with the ” PrerakDauurSamman Award’ in the Gold category for processing & recycling dry & wet waste, Demolition and processing construction waste, overall hygiene of the city.

On first rank we have Indore and Indore is basically the largest and the most populous city of Madhya Pradesh. This is the the fifth time that Indore won the title of cleanest city of India. Indore is also known to be the commercial capital of state because of the presence of several industries in the city.

What Can We Do To Keep Our City Clean? 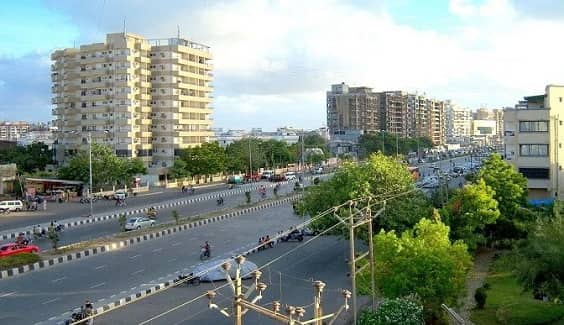 Always carry poly bag with you

You might need to use dustbin when you are out of your home whenever you need to throw something but sometimes, dustbin might not be near you, and that’s why you should carry a recyclable bag with you so that you can throw the trash in it. You shouldn’t blame the municipality or government for not having dustbins in the city; instead, you should try to do the best you can.

Compost pit in your yard

It is beneficial and cheap option to make your plants grow in a better way. You can dig a pit in which bio-degradable material can be thrown. You can also send this compost into a nearby area where compost is collected. You can also ask your neighbors and friends to do the same thing at their home.

Use three dustbins at home

There are several things which can be the reason for waste, but plastic is the non-biodegradable waste which never gets decomposed.  It takes thousands of years for it to get decomposed and that’s why you need to make sure that you don’t throw plastic bottles away from your home because you can reuse those by making some decorative artistic item. You can check the online videos from where you can learn to use the various scrap items at your home. It can be used to decorate your home, and there won’t be much pollution created by you.