Copper ore production is not self-sustaining in India. As well as importing copper concentrates, India produces its own ore and concentrate. Domestic production, scrap recycling, and imports all contribute to meeting the country’s needs for copper and its alloys.

HCL, a government-owned enterprise, is the sole company in the nation with operations in mining and ore beneficiation, as well as smelting, refining, and casting of refined copper. HCL is a PSU. 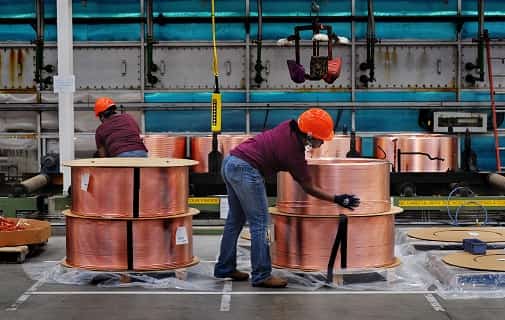 According to copper deposits and output, India isn’t exactly blessed. It is predicted that 712.5 million tons or 9.4 million tons of metal may be found in-situ.

The Singhbhum district of Jharkhand, the Balaghat district of Madhya Pradesh, and the Jhunjhunu & Alwar districts of Rajasthan all have significant copper ore resources

It is the Ministry of Mines’ responsibility to oversee Hindustan Copper Limited (HCL), a government-owned enterprise. On November 9th, 1967, it was formally established.

If you’re looking for a single company that can provide all stages of a copper production process—mine extraction to refinement to casting—then this is it.

This multinational conglomerate has mining and manufacturing facilities spread out over five states in India: Gujarat, Maharashtra, Jharkhand, Madhya Pradesh and Rajasthan.

One of India’s oldest and biggest copper producers is Bhagyanagar India Ltd. (BIL).

As a long-time partner to its clients—primarily original equipment manufacturers—the firm offers a variety of copper goods, such as copper rod and strips and pipes and busbars and sheets (OEM). Hyderabad, India, is home to the company’s headquarters.

It is a company that produces aluminum plates and bars as well as aluminum foils and rods. Copper & copper alloy goods are also manufactured by Arcotech Ltd.  Haryana is where you’ll find it.

One of India’s top copper producers, Sterlite Copper accounts for up to 36percent of the nation’s refined copper consumption. Tamil Nadu is the state in which it is situated.