Since its inception more than a 100 years ago, direct selling has become a worldwide business practiced in far more than 170 nations. Users, suppliers, sales consultants, the government, and the media are all part of a hierarchical network in the conventional selling model.

For items and clients that want demos or trial packs before purchasing, this method of marketing is ideal. Direct selling makes it simpler to enter new markets and introduce new items than traditional marketing.

Business-to-business and business-to-consumer features are both covered by this unique distribution channel that is neither retail nor wholesale. 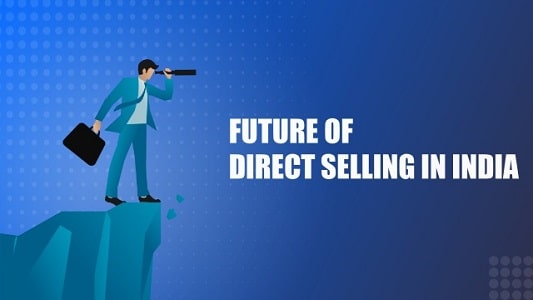 The direct selling sector was born in India in the early 1990s, shortly after the nation opened its doors to the world market. The Indian, on the other hand, gave the sector a much-needed boost.

More than 60% of the Indian population is in the 15-60 year old age group, and the Indian direct selling business is poised to take off because of the country’s favorable economic outlook.

The economic outlook in India is supportive of the country’s fast economic integration and protects both consumers and investment. Investment in the nation will continue to expand as foreign investors see the benefits of recent FDI regulations.

Fifty percent of the firms in this sector are foreign-owned, forty percent are Indian-owned, and ten percent are joint ventures involving Indian firms.

Facts and Figures of Direct Selling Industry In India

When the vendor and buyer deal directly, it is considered to be one of the most traditional types of selling. With a market value of USD 182.8 billion, it is already a well-established sector that operates in more than 100 countries.

Estimated at Rs.16 crores, the direct selling business in India accounts for only 0.4 percent of overall retail sales. Other similar economies have far higher rates.

As per a recent KPMG research, the sector might reach a value of INR. 645 billion by the year 2025 if consumer markets develop and its penetration increases to internationally similar levels.

In the late 1980s and early 1990s, modern direct selling found its way to India.

Post-liberalization, the sector grew significantly, with a number of multinational companies joining the Indian market. 2020-2021 saw an increase in the industry’s overall growth rate of 6.5% over the previous year’s 4.3%.

The direct selling business in India has had a favorable effect on a number of social and economic indicators, according to several studies:

Good Income Opportunities: Many individuals may earn extra money via direct selling, which encourages micro-enterprising. More than 5 million direct vendors in India are already involved in the sector, and this number is expected to expand as the market continues to develop

Women Empowerment: Direct selling provides a wide range of self-employment alternatives, particularly for women. For the previous three years, the percentage of women working in this field has been around 60%. Many Indian males are taking advantage of this industry as a means of self-employment and entrepreneurialism, according to a recent study

For the first time, many small and medium-sized enterprises (SMEs) have gained the competencies necessary to meet the demands of other multinational corporations (MNCs) and are now providing them with goods and services.

Employment Generation: In addition to providing direct sellers with extra earning options, the business produces a significant number of employments. Since most direct selling businesses outsource their product manufacturing, packaging, and delivery, they help create jobs all along the supply chain.

CSR Initiatives: Direct selling firms have been at the forefront in terms of their social responsibility. Many direct selling firms actively contribute to social activities such as nutrition and health, homelessness, education, and other such issues.

IDSA and PHD Chamber Commerce & Industry performed a survey recently, which resulted in the following findings in the annual survey report:

All throughout India, the direct selling sector is growing at a 6.5% annualized rate, but in Southern India, due to customer distrust caused by fraudulent tactics, the industry has seen a 1.8% annualized decline.

With a 6.4% annual growth rate, the Western area has contributed approximately Rs.1273 crores.

Most direct selling firms and investors in India want to be recognized as an industry and have their own regulations, according to a recent poll.

The direct selling business’s potential to develop to Rs.645 billion by the year 2025 is dependent on the creation of an enabling atmosphere for the industry and the mitigating of some of the obstacles it is now encountering.