Whenever it comes to foreign exchange, the two terms are commonly heard, such as FERA and FEMA. The first introduction was the foreign exchange regulation act in 1973. Then, FEMA emerged to improve the protocols and replace the old ones.

There is a noticeable difference between FERA and FEMA. The former needs the approval of RBI, while the latter does not depend on RBI approval.

More specifically, FERA regulates foreign exchange in India, and FEMA facilitates the promotion of payments in the country. To know the major difference between both of them, read the post given below –

The elaboration of the active foreign exchange regulation act was established in 1973. The objective of the act was to buy fixed assets from foreigners. It helps for making the settlements in the form of payments. It is a great option for India to go for the export and import of the currency. The act manages all the citizens of India, including inside and outside. Utilizing foreign exchange is great for the development of the economy.

The prime objective of FERA –

To encourage the development of the forex market, the old act was expanded, the foreign exchange management act. The central objective of FEMA is to facilitate foreign exchange and cover all residents of India. It includes the citizen inside and outside of the country. It is repealing the earlier act introduced in 1999 that applies to all countries. The best part of the act is the owner is an Indian resident. The total number of chapters in the act is seven, further divided into different sections.

The prime objective of FEMA – 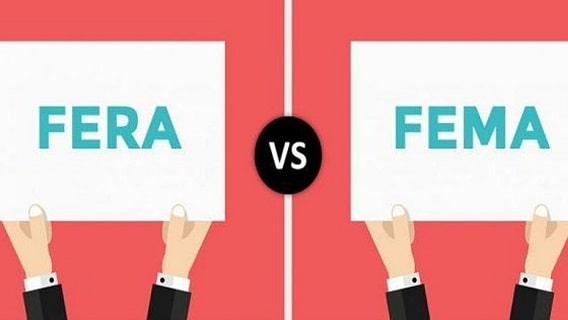 The introduction of FEMA and FERA has significant differences. On the one hand, FERA covers foreign exchange activities and even regulates the payments. The marginal role of this act is to execute the external trade correctly. On the other hand, FEMA facilitates foreign exchange management in the country.

When it comes to residential status, FERA and FEMA are both different from each other. Any person can take use FERA in the city. This is great for the foreign exchange, while FEMA can only be taken for the foreign exchange if a person has lived for at least six months in India. Otherwise, the transactions cannot be made under this act.

FERA is an act that is a non-compoundable offense, while FEMA is compoundable. Speaking broadly, when a person wants to make a complaint against the accused under FERA, they are not supposed to do so. At the same time, FEMA is the act through which people can agree with their accused by paying the charges. It helps them to attract the penalties and even with some efforts taken let people in jail. This provision is not under FERA.

FERA is having outstanding at working for foreign exchange. It is the conservative process that is maintained by the professionals. 81 sections in it handles the foreign exchange market in detail. FEMA is having 49 sections that gives flexible approach to people for the management.

FERA and FEMA was the act introduced by the Parliament to regulate foreign exchange. The older act was FERA, while the improvement and flexibility for people to go for the exchange of currencies made the efficient FEMA. The implication of the FERA applies to citizens of India, while FEMA only applies to those who live for six months in India. To understand the fundamental differences between the acts, read the above information.