The first modernized Indian glass production business was created far back in 1908. Ever since, it has expanded by huge leaps. Its flat glass market is growing at 2 Billion U.S. dollars.

Lately, the Indian Glass Industry is experiencing strong competition from worldwide glass factories in the fields of specialty and scientific glassware, however there is a glimmer of hope of Glass Industry in India 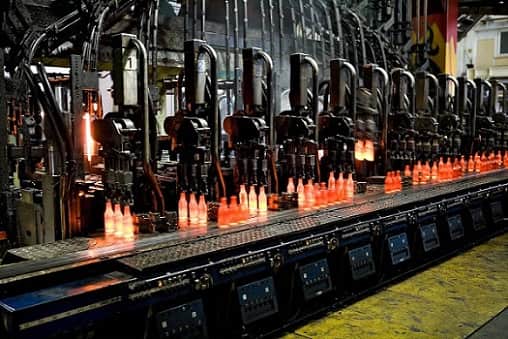 In addition to ornamental glassware and tableware, the Cottage Glass Industry also produces glass pots and lights. Many of these small businesses may be found in Firozabad (UP) & Belgaum

The Glass Factory Industry may be found in the states of UP, Patna, West Bengal, Maharashtra, Jharkhand and Punjab. Sheet glass, hollowed and pressed goods are the primary products of Uttar Pradesh (bulbs, chimneys, reflectors, & motor headlights).

Glass tubes, test tubes, beakers, & flat glass are all produced in West Bengal and Maharashtra. Last but not least, Punjab is the world’s largest producer of scientific glassware.

In India, there is a wide variety of glassware being produced, with various small-scale production facilities. Over 40 glass container and hollowware factories are in operation.

Construction, architecture, automobiles, mirrors, and the solar energy industry all rely on float glass. In India, the first manufacturing facility for this kind of glass was established in 1993.

There are also a number of overseas brands making their presence known. As well as enhancing the visual appeal of a structure, the use of flat glass reduces the amount of wood required, therefore preserving forest resources.

Firms functioning in this business spend roughly 60% to 70% of their total costs on raw materials, staff remuneration, electricity and gas.

Selling and distribution costs, administrative charges, depreciation and interest, and so on are some of the other operational expenditures.

Soda ash, silica sand, limestone, and cullet are among the primary raw materials used in the production of glass (broken glass). Cullet and silica sand are the second and third most expensive raw materials, respectively, accounting for between 50 and 55 percent of the overall cost of raw materials.

There have been three major capacity development plans proposed for India in the next years, totaling Rs. 50 billion over three projects, by Hindustan National Glass, Gujarat Borosil, and Saint Gobain India.

It is anticipated that the additional capacity would be needed to meet India’s rising demand for glass.

To satisfy the needs of Suzuki in Gujarat, Asahi India Glass has announced a massive greenfield development of its 5th automotive facility in Gujarat, with assets in excess of Rs. 500 crore in two stages.

The facility will be able to manufacture roughly 1 million laminated plus 1.2 million tempered glasses sets in the first phase of construction. In addition to increasing production capacity, this will enable the production of the best quality architectural glass as well as glass with added value, such as mirrors, hard coatings, soft coatings, and high-level processing.

Future of glass industry in India