A kitchen chimney serves an essential role in keeping the kitchen environment odour and pollutant-free. Indian kitchens are full of spices and these spices can cause a strong odour when used during cooking. The perfect solution to such issues is a kitchen chimney. It provides clean air to breathe, less moisture in the air, and you won’t be sweating at all.

So, it won’t be wrong if we say that a kitchen is incomplete without a good chimney. Using it on daily basis provides a ton of advantages and there are no downsides at all. However, there is one topic of concern that pops up in most Indians mind and it is the using cost. How much electricity does a kitchen chimney consume? The answer might seem though but it isn’t.

The electricity used by the kitchen chimney in a month is hard to count and it directly depends upon your usage, size of the motor, and cost of electricity in your state. However, there is a simple method to calculate the consumption by yourself. 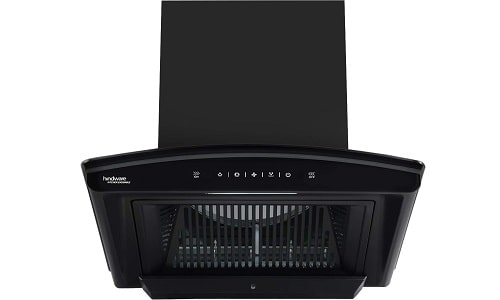 The formula to calculate the cost is different, but this simple explanation will help you figure out the consumption within an hour.

If you are wondering that how much electricity a kitchen chimney use in an entire year of use, then you have to do some calculation. A regular kitchen chimney consume approximately 0.15 units per hour and most people use the chimney for less than two hours a day and the consumption is 0.30 units. For a month, the consumption will be 0.30 x 30 and it is 9 units.

You can further calculate the consumption based on the usage. If you are using the kitchen chimney for two hours on daily basis then the consumption will be 0.15 x 365, which is 54.75 units. The mentioned numbers in this post are the most common figures for a common household. However, if you want to know the precise figure then you should follow the given tips.

Tips to Calculate Electricity Use for a Kitchen Chimney

While calculating the kitchen chimney electricity consumption, you must ensure that you take the precise numbers and consider the usage time for three to four days to get a mean number. This method will be easy to learn about the usage. The electricity price is different in all states due to the differences in VAT. You can multiply the electricity cost per unit with the usage. If the electricity rate is 7 rupees for a single unit, then you will be spending 7 x 55 = 385 rupees to use the kitchen chimney for an entire year. The cost is pretty low and it is easy to adjust the expenses.