The lottery is not something that has us all glued to it all the time. You might pick it up, or you just don’t. However, despite being ‘not so frequently talked about,’ the lottery is a simple yet bizarre concept — you pay a small amount, and you may win something big in return.

However, as simple yet bizarre it may be, the lottery is something that is misunderstood frequently. Therefore, here are a few surprising facts about the lottery that you must know about. With that in mind, here we go! 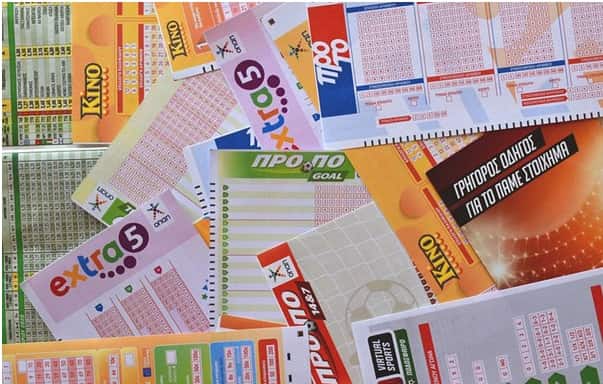 The lottery is the most paid form of entertainment

It may come as a surprise to you, but in the USA, the lottery is one of the highest-paid entertainment forms, even more than games, cinemas, books, video games, and concerts. As recorded by the North American Association of State and Provincial Lotteries, US citizens have spent around $70 billion on lottery tickets alone in 2014. While on the other form of entertainment, a total of $63 billion were spent.

Illegal purchase of tickets is not allowed

People have often tried to buy off the winning ticket or even a normal one through illegal means. Let us tell you that doing that will not allow you to keep the prize money, even if you win it.

Authorities are responsible for checking and verifying if the individual that won the money did so in a fair manner. If found otherwise, the individual can lose the prize money and be charged for illegal purchasing. So, the next time you buy a ticket, know that you are in a game that is strictly following the rules.

People consider the lottery as a game of luck, and for some people, it has proved to be that. An individual in Oregon once left a bartender a tip — a pair of Keno lottery tickets. What initially seemed to be not such a useful tip turned out to be a $17,500 win.

The ticket was passed on to the bartender and thus was not considered an illegal purchase, and she ended up receiving the money. Though she tried to pay back the money to the initial owner, he refused to take it and insisted that she won it fair and square.

Most people would like to stay anonymous after winning the lottery. However, in the US, only seven states, including Kansas, North Dakota, Delaware, Maryland, Texas, South Carolina, Ohio, and hopefully Georgia (soon), allow the winners to keep their identities a secret. Most of the states make it compulsory for the winners to go public.

However, if you are too determined to keep your identity a secret, you may hire a lawyer and form a trust depending on the state. Let your lawyer do the rest of the talking.

Voltaire was a lottery winner

Let us now take you on a historical ride about the lottery. If you have not heard of Voltaire, he was a french writer and historian, among many other things. He once paired up with mathematician Charles Marie de La Condamine and found a loophole in the French National Lottery.

Together with a syndicate of gamblers, they kept winning in the lottery system every month. He earned so much from it that he need not work anymore and solely focused on his writing from then on.

Choose how you are paid

Suppose you win the lottery and you are tripping over your head at the happy moment. But, hold on. Before you settle down on your happiness, there is a thing that you must consider — should you accept the money in a lump sum amount, or should you accept it in installments?

How you receive the money is extremely important here as you are charged tax on the prize money. If you accept it in a lump sum amount, you will do so by paying the full tax amount all at once. However, in installments, you need to pay the tax amount with each payment.

Before accepting the amount, you should consult your financial advisor to see which method will result in you paying more tax.

Experts advise that you should always sign your ticket as insurance. After all, if you end up misplacing your winning ticket, it will probably haunt you for the rest of your life. Lottery tickets are as good as a bearer instrument, and anyone with a photo ID can claim the price.

However, signing the ticket at the back will ensure that you are the owner, and if you were to win, the prize money would be going to you.

So here are the surprising facts about the lottery that you probably haven’t heard or read before. But now that you know, you must have realized that the lottery is not as most people consider it to be.