Wagle Ki Duniya-Nayi Peedhi Naye Kissey is an all-time favourite family drama show aired on Sony SAB. The show commenced its journey on February 2021. The story is based on a cartoon character by a famous cartoonist named R.K Laxman. The story is all about a middle-class family and their various issues that may come while leading a life. The two leading characters of this serial is Rajesh Waghle, a manager of a courier family, and his wife, Vandana Waghle. The story is simple but related to common man’s normal life

The serial is all about the daily struggles and lifetsyle of a middle-class man named Rajesh Waghle. The battle commences from three generations as they have different views and opinions in each matter. They have different views and thoughts on each thing. However, none of them comes to the level of compromise. The waghle family goes somewhere from the house, and Gungun decides to stay in Sakhis home. The fact is simple but all are strict about their principles and values as a middle-class family. They will never compromise with it in any situation. In today’s generation, people are always in a clash with their parents. 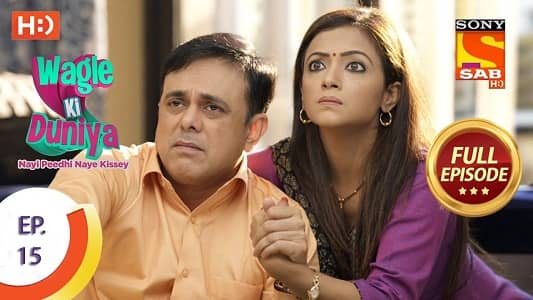 You can catch the three generations of the Waghle family will be shown in this serial. The family members are sweet and love each other. However, in some cases they have difference in opinions. They belong to a middle-class family, and each day, they have to face several issues. They try to sort it down through various techniques and ways. They concentrate on their family values and principles.

Here come the primary casts of the show.