There are plenty of Wi-Fi routers available at the market. These all come with different features and price levels. There’s one prominent thing that you will likely see with the routers, I.e. antennas. The basic ones come with a normal one or two antennas while if you go to the higher end of the price and features, you’ll find that they have three to six antennas. So what does it mean?

Does having multiple antennas helps in the performance or it is just a design. If it was a mere design, the price for a single antenna router and multiple router antennas must not vary that much. But they do. So there must be something with the performance right? 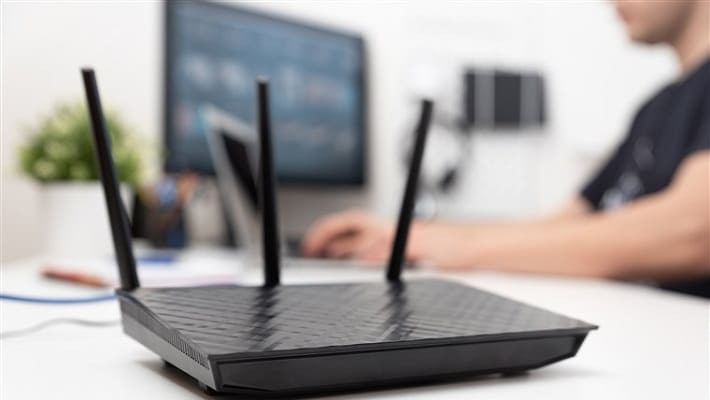 The concept of router antennas

The major role of antennas is to transmit the signal and provide Wi-Fi connectivity to the devices nearby. The signals transmitted over a radio channel with smartphones, laptops, and other devices to help them get connected.

Benefits of having multiple antennas in the router

Although Wi-Fi speed is dependent on several variables, antennas are a major reason for speed. When your router has multiple antennas, it will help create multiple channels of contact of data transfer between the router and client. This will mean you have higher data transfer rates than what you would receive if you had only one antenna and one signal point.

Many people tend to find this issue with Wi-Fi reliability. If the router is placed into a corner area and you are looking for the strength on the other corner of the room, you’ll find less to work with. This is because the signals weaken with distance. But if you have a router with multiple antennas, then this issue may not arise. It’s not because they increase the reachability, but because each of the antennas provides a spatial link and signal for connectivity. When you connect with a router having multiple antennas then you interchange signals with multiple antennas that combine all to form better connectivity and reach.

The internet has gone through a drastic change in the last decade with new technology and innovations coming around. Take this as an example. Floppy disks were quite an essential thing in the past but they don’t seem to find any place in today’s world. Such is the growth in technology. Similarly, the internet and Wi-Fi connectivity options are being constantly updated now and then. In the next few years, your devices like phone, IoT devices, and more all will feature plenty of new features and connectivity options. If you still rely on a single antenna router in that period then you will not derive the best of features. This is why bringing new innovative routers with multiple antennas is also one step in future-proofing your Wi-Fi and network.

Wi-Fi routers with multiple antennas are the way forward because of all the features and facilities it provides.