How did Northeast Part Get this Nickname? 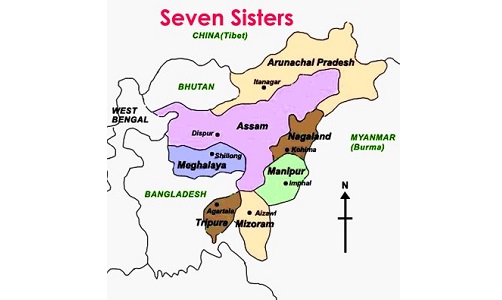 Why did Northeast Part Get this Nickname?

It is true that geographically, all these seven states have a lot in common. In addition, they have a lot of interdependency on each other because of the harsh climatic geographical conditions. The only way to reach any of these seven states is through Siliguri Corridor, also called Chicken’s Neck. Bangladesh surrounds the land border of Tripura, and the only way to reach Tripura is via Assam. In addition, Assam has a dependency on Nagaland & Arunachal Pradesh. This is because all the rivers that flow in Assam are via these two states. If you are travelling via road, it is only possible to reach Manipur & Mizoram via Barak Valley in Assam. Because of this interdependency, the northeast part is called the Seven Sisters of India.

There is a lot to see & experience in these seven states. You can go ahead and explore some of these states during a vacation. So, explore the pristine beauty of the Seven Sisters of India.