When it comes to series with original plots, Sony TV has always been the undisputed leader. The channel’s newest offering, ‘Yashomati Maiyaa Ke Nandlala,’ will premiere on June 13th, 2022, in response to audience demand for a return to the legendary story of Lord Krishna. 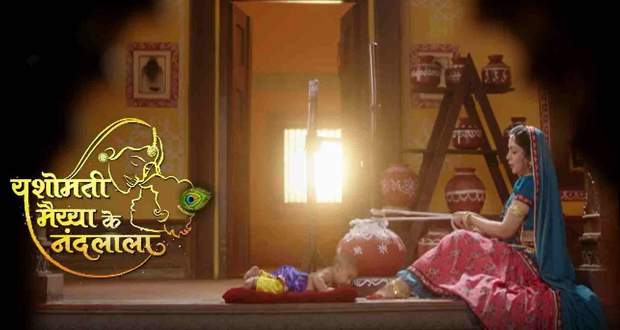 The program will give viewers a fresh look into Krishna’s life by focusing on the warm mother-son relationship between Yashoda & her son. Neha Sargam, who plays the show’s Yashomati, will go to Vrindavan, the birthplace of Lord Krishna, to seek insight and authenticate the production with his blessings.

The centre of the performance is on Lord Krishna, who hides his greatness from his mom in order to win her love and devotion. In his human figure, he is cheerful and mischievous, and he longs for a childhood filled with both the love and the cane of his mother.

To him, Yashoda should treat him like any other kid his age. The show’s plot depicts Lord Krishna as a human person, reincarnated for the sake of being human, while residing in Vrindavan, where he is surrounded by the love and support of his friends and family.

Vrindavan, where Krishna is said to have lived his boyhood, will be the first stop on the show’s tour. Temples, many of which are devoted to their mythical hero, may be found across the region. For the first time, an actress will be in town to seek the graces of Krishna as she embarks on a journey to narrate the traditional legends of Krishna and his mother, Yashomati.

Rahul Sharma will portray Nand Maharaj and Neha Sargam will play Yashomati Maiyaa in the show. Devaki (Suman Gupta), Kans (Ram Yashvardhan), and Lord Vishnu (Hitanshu Jinsi) will all be played by the same actors.

The audience understanding of Lord Krishna & Yashomati will deepen as a result of the immersion in the culture of the region. Vrindavan and Mathura, in and of themselves, imply a sense of peace and happiness that will be shown on this TV series.