This historical drama serial is based on the real-life story of Punyashlok Ahilyabai. This historical serial started being telecast on Sony TV in January 2021. The lead role of Puntashlok Ahilyabai is played by Aetashaa Sansgiri. The story has the sole purpose to demonstrate the struggle of women that used to happen in the duration 1767- 1795. The production rights of this show are with Dashami Creation. This Hindi inspirational – historical – drama is directed by Jackson Sethi.

As stated earlier, this serial is inspired by the life journey of Queen Punyashlok Ahilyabai, who had broken all the barriers of patriarchal society. The serial has nicely represented the life struggles that Punyashlok Ahilyabai did for women’s rights, and how she fought for women’s rights. This show is best for all those viewers who tend to have an interest in historical events, and who are curious about historical events.

The extraordinary performance of the actors has added beauty to the show and viewers can’t wait to watch the next episode of the serial. The King of Malwa, Malhar Rao Holkar, marries his son with Punyashlok Ahilya bai at a very young age. 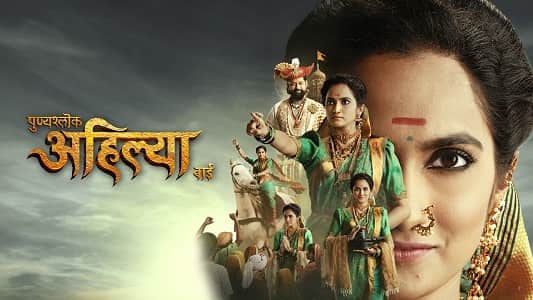 In the battle of 1754, the husband of Punyashlok Ahilya bai was killed and left her being widowed at the young age of 29. The old society’s ritual had pushed the queen to be “ Sati”, but her father-in-law stopped her from doing so. Throughout her life, she fought for women’s rights and received great support from her father-in-law, King Malhar Rao Holkar. After the death of Malhar Rao Holkar, his grandson, and son of Ahilya bai ruled the throne under the guidance of his mother. The queen fought for equal women’s rights as equal to men and broke the barrier of biased society towards men.