Bollywood industry is known as the most productive entertainment industry around the world, at approx around 400+ movies release under Bollywood certification each year. Every year Bollywood launched many new actresses, people loved and admired them for their work and looks. We will discuss the 25 beautiful Bollywood heroine based on the online survey under age 35, watch out Bollywood Divas that will surely add sugar to the sour and hectic daily life.

Please take a look below 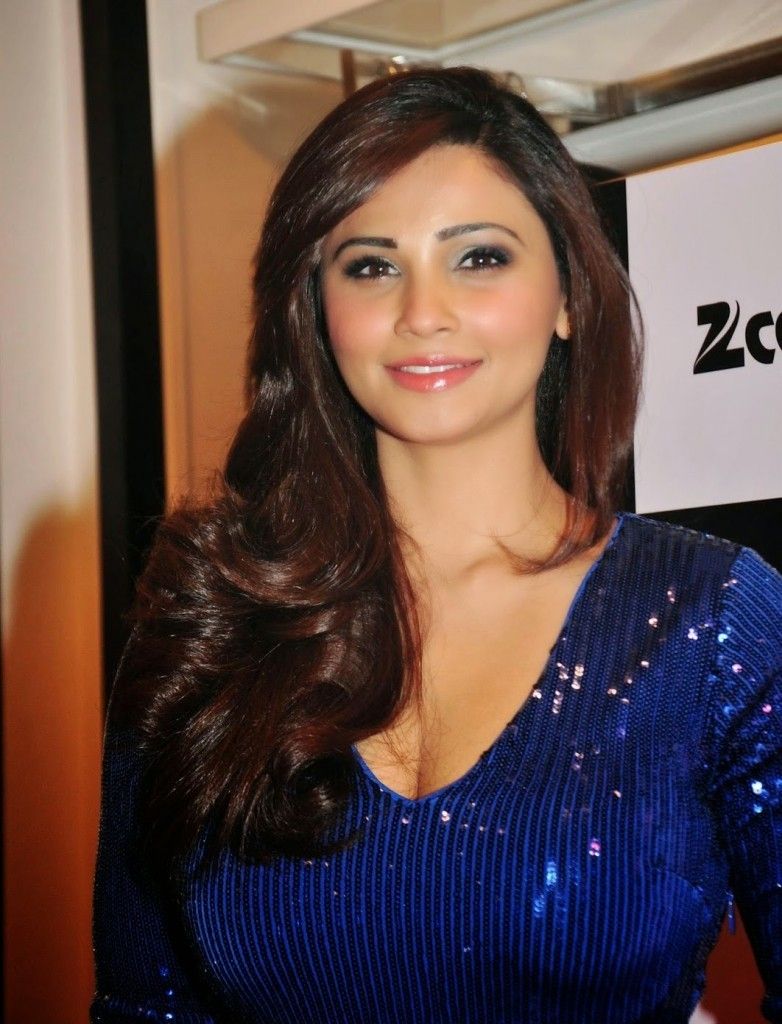 Daisy Shah is another such actress on our list. She is 34 years old and in addition to this, she was born and brought up in Mumbai. She started her career with the movie Tere Naam in 2003 and she also worked in many sound Indian movies. Recently she appeared in Race 3 movie as sister of Salman khan.

The first Bollywood movie of Kriti Sanon was Heropanti opposite to Tiger Shroff. After that she worked in many big projects like Dilwale. Her upcoming movies are Arjun Patiala and Houseful 4. 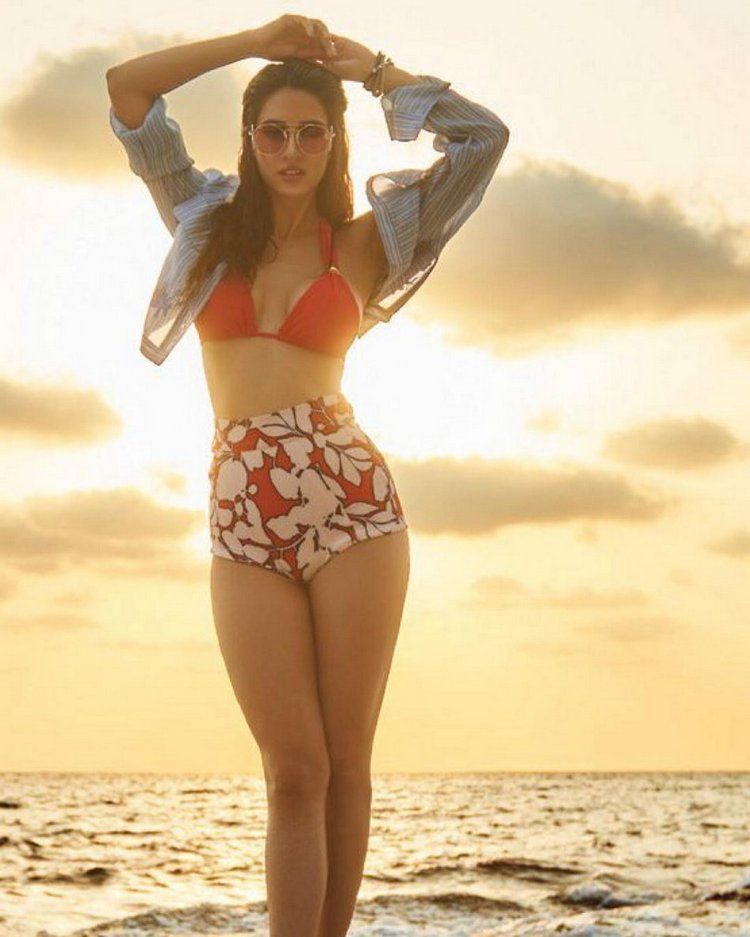 She is one of the youngest Bollywood actresses, her recent movie was Baaghi 2 opposite to her rumored boyfriend Tiger shroff. Now she is doing special appearance in upcoming movie of Salman khan “Bharat”. 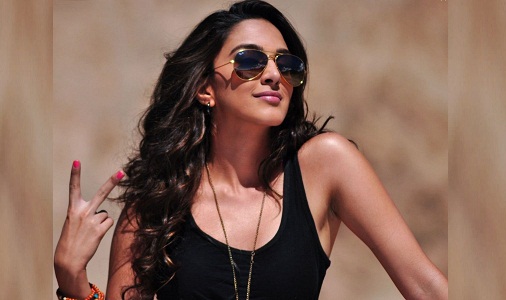 She started her acting career from the movie Fugly that released in 2014. After that she got praised for her role in movie M.S. Dhoni: The Untold Story. Her upcoming movie is Kabir Singh opposite to actor shahid kapoor.

Tamannaah Bhatia was born in Mumbai and she completed her education from Mumbai itself. She is presently 28 years old and she started her career with Chand Sa Roshan Chehra in 2005. As per the information available, her father is a popular diamond merchant and she worked in many popular movies like Baahubali and Baahubali 2. 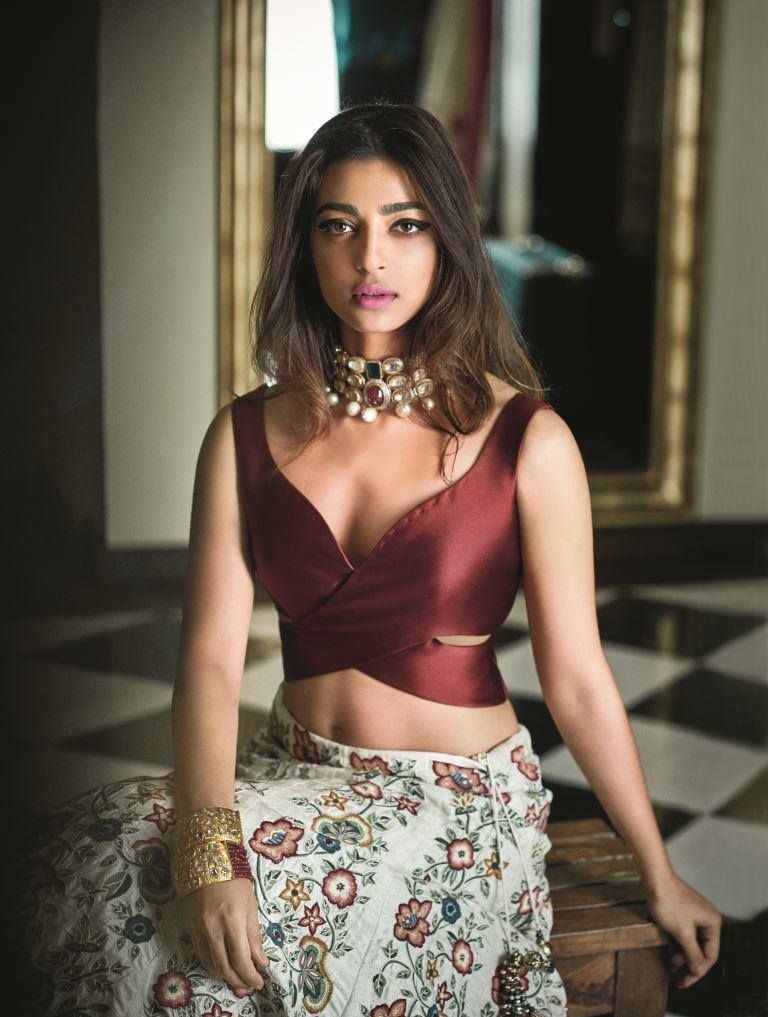 Radhika Apte is another hot actress in our list and she is just 32 years old. She was born and brought up in Pune and she started her career in 2005 with Vaah! Life Ho Toh Aisi. She also worked in movies like Kaun Kitne paani Mein, Manjhi – The Mountain Man. She has also worked in many short movies and theatre as well. 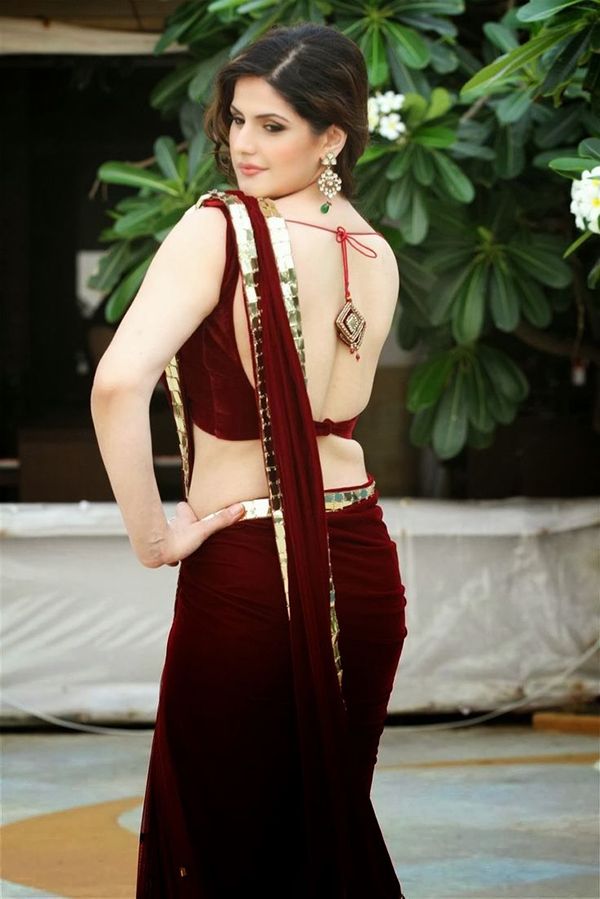 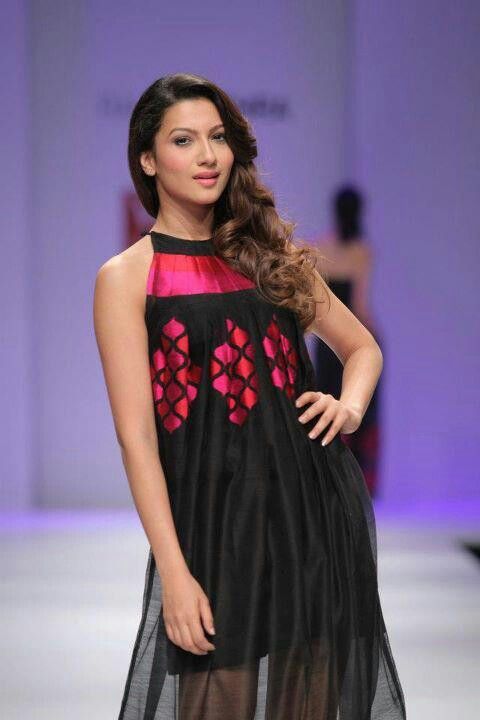 Gauhar Khan also made it to her list and she is presently 33 years old. She was born in Pune and she completed her education from Pune. She worked in movies like Miss India: The Mystery, Begum Jaan, Kyaa Kool Hain Hum 3 and Ishaqzaade. 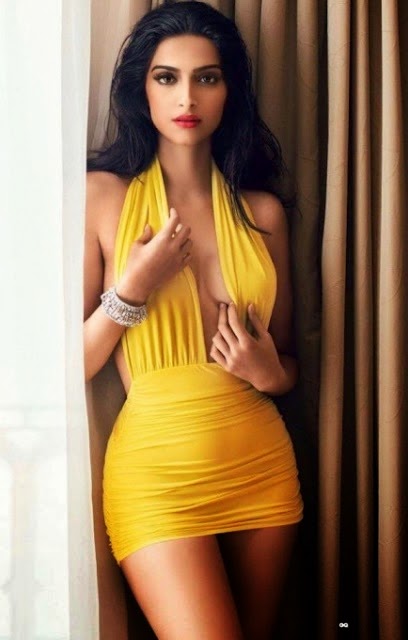 Sonam Kapoor one of the popular as well as controversial actresses in Bollywood trends entertainment industry news always, unorthodox and unique styling ability endorsed 30 years old actress as the style icon for youth. Critics appreciated her women-centric performance in Neerja based on real Airplane hijack.

National Award winning actress for her female-oriented movie Queen, Kangana enjoys success with no godfather in the entertainment industry. Fans credit a great like for Kangana as she is known for her bold avatar in answering questions. In 2013, PETA announces Kangana Ranaut hottest Vegetarian. 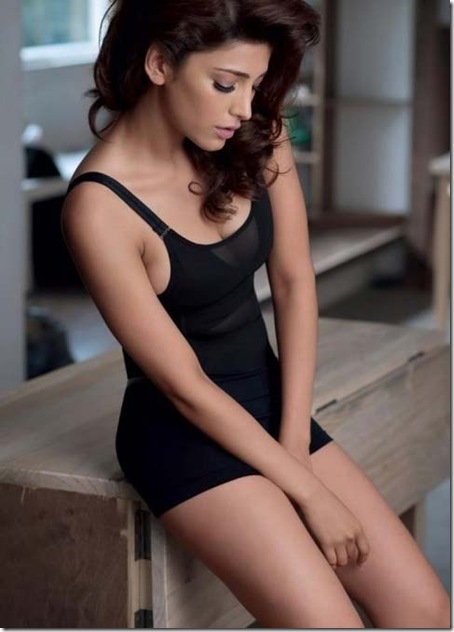 Shruti Hassan is one of the hottest actresses in Bollywood. Even though she has not commercially succeeded, but she has many fans who die for her charm. The 31 years old actress is equally popular in South and Bollywood. 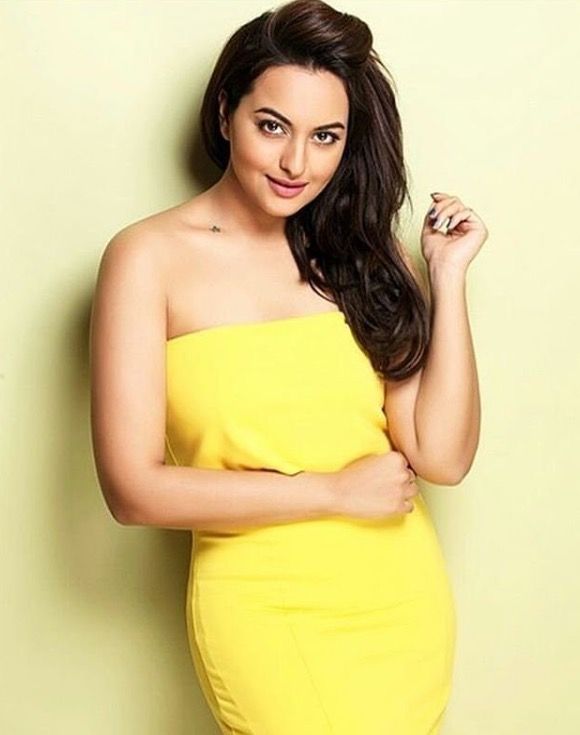 Dabangg Actress of Bollywood is popular not only for her beauty as an actress but she carries skill for rapping. Sonakshi is in her early 30s, skillful actress is the daughter of Actor Shatrughan Sinha and Poonam. 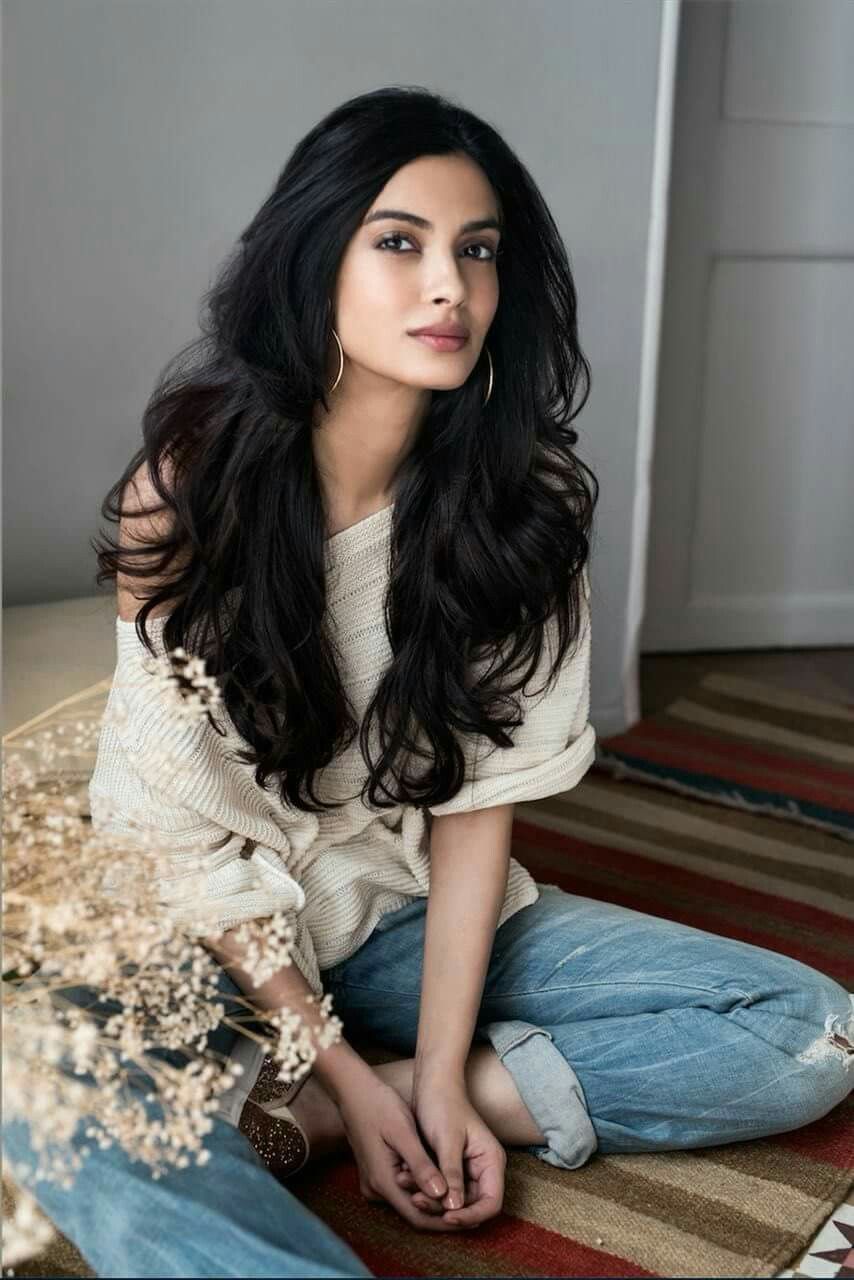 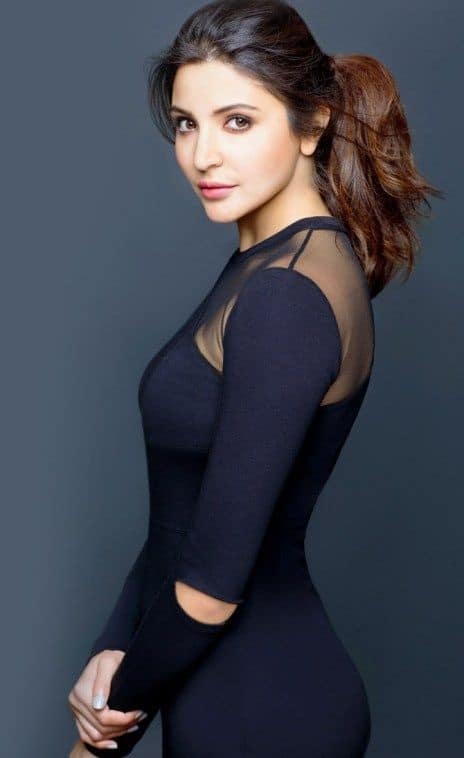 Anushka Sharma is the proudest actress in Bollywood, you know why because she lived the dream to share the screen with three popular KHANS of Bollywood. Anushka being a top earning actress now looks forward to a career in production line. 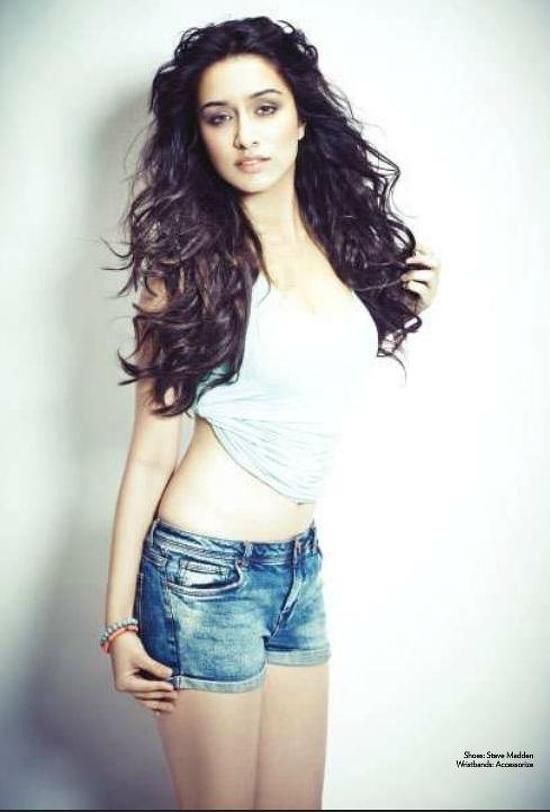 More popular for her charming and cute look, Shraddha Kapoor is one of the youngest actress in the industry with huge success rate at just 30 years age. Sharddha is known well to experiment with different roles as she played a playful girl in Aashiqui 2 with passion and intense role in Haider. 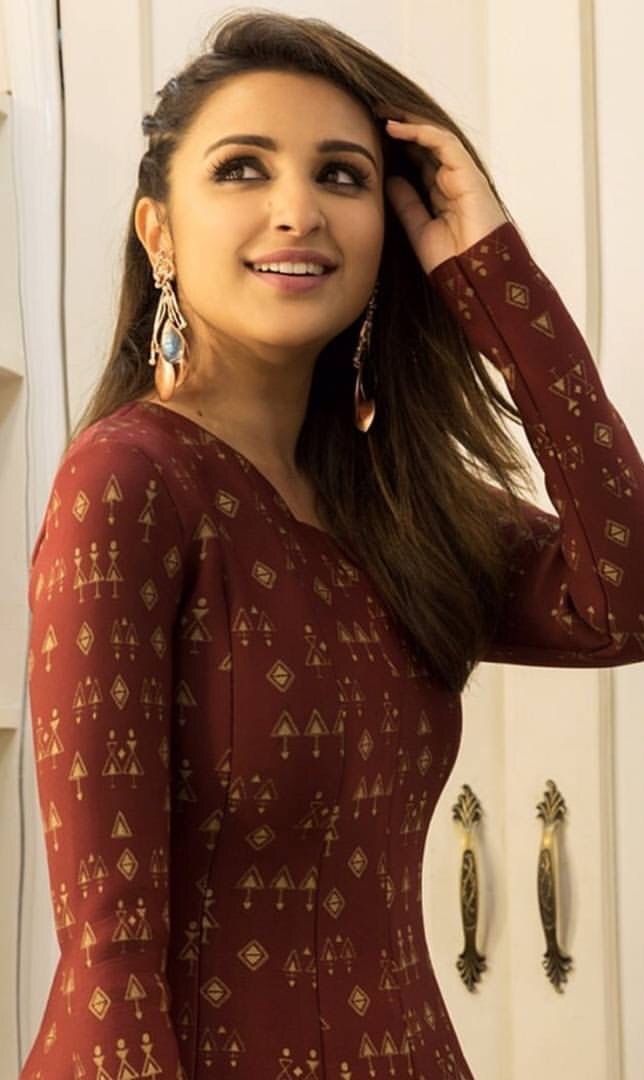 Parineeti in the news for her fitness avatar recently joined the hottest gang of Bollywood ladies, at 31 years of age Parineeti Chopra started her career with Yash Raj banner. Parineeti won Best Female Debut Award for Ladies VS Ricky Bahl. 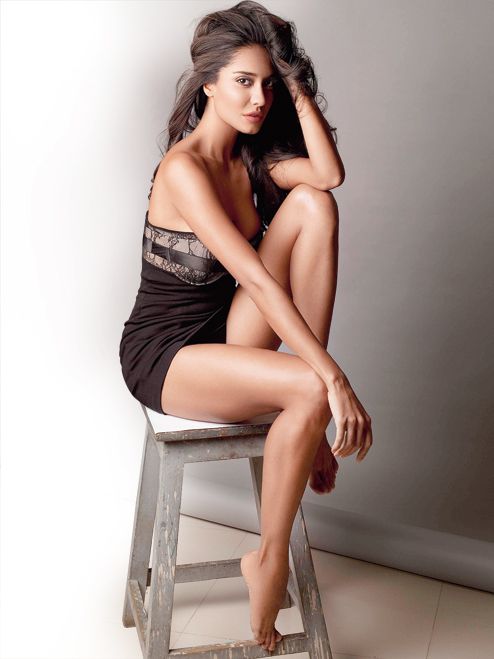 Indian model and actress Lisa Haydon won many hearts with her performance in Queen, she grabbed Filmfare Best Supporting Actress Award for the same. 30 years old Lisa got married recently, well-known performances are Queen, Housefull 3, and The Shaukeens. 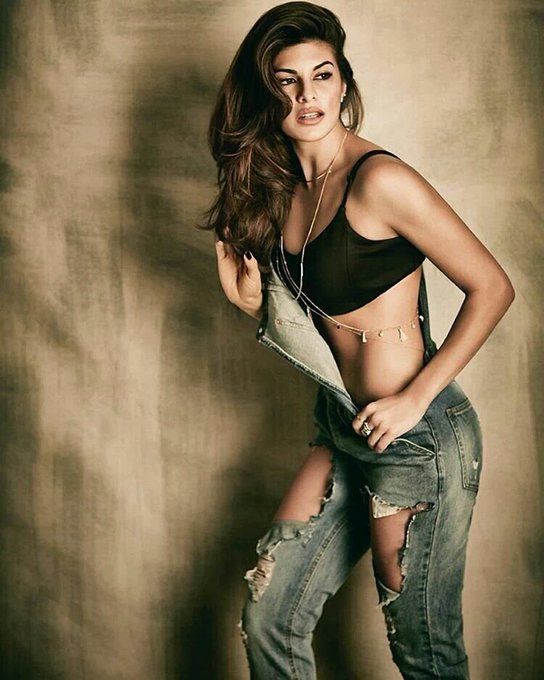 The new sensation of Bollywood, Jacqueline Fernandez is at the top of the list. She is shy away from her 31 but is the hottest actress in Bollywood. She has done movies like Murder 3, Kick and many others. Jacqueline is amongst the list of few non-Indian faces enjoying hit with the combination of acting and beauty. 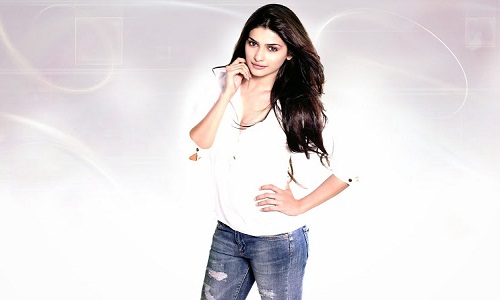 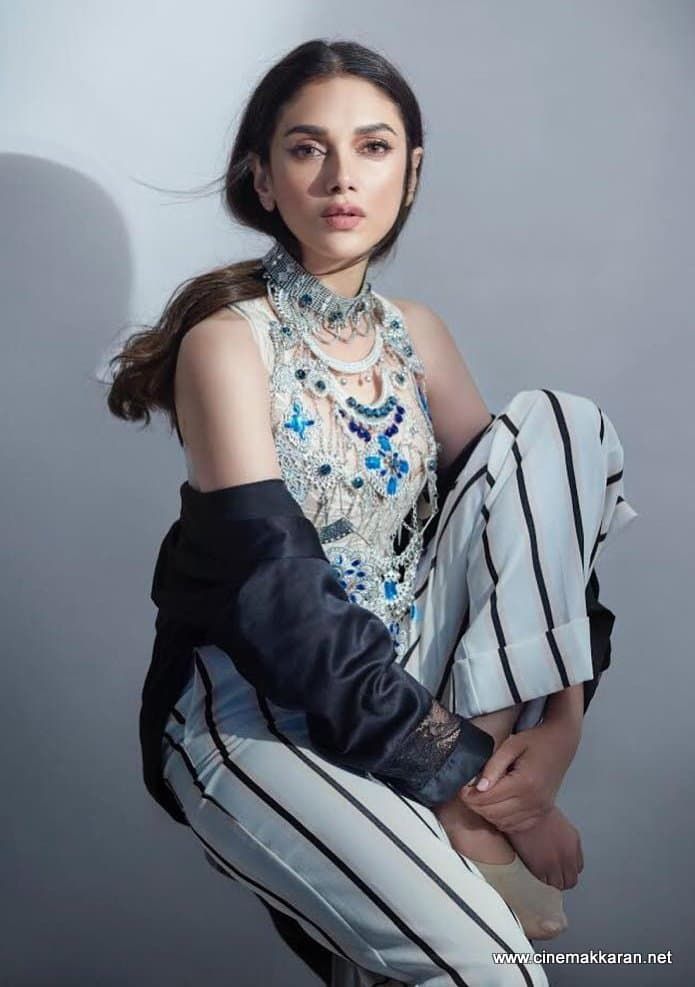 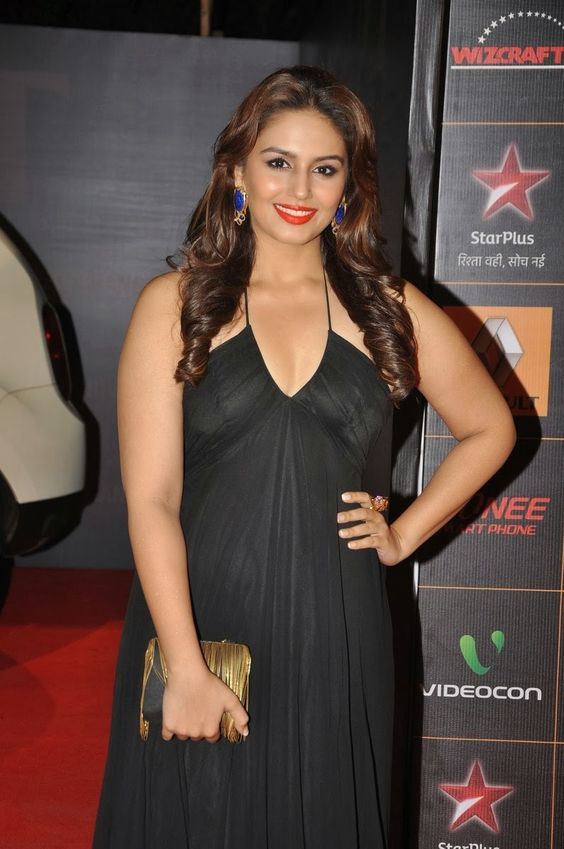 Huma, known well for her variety of experimenting roles is Indian model turned actress with extreme hot looks. We loved her performance in Badlapur, Gangs of Wasseypur, Ek thi Daayan. Now she is ready with another genre experimenting in comedy with Jolly LLB 2.

Another model turned actress, Esha won the title Miss India International title in 2007. 31-year-old actress is known well for her bold moves in movies. Some of her best works are Rustom, Jannat 2, Raaz 3 and Chakkravyuh. 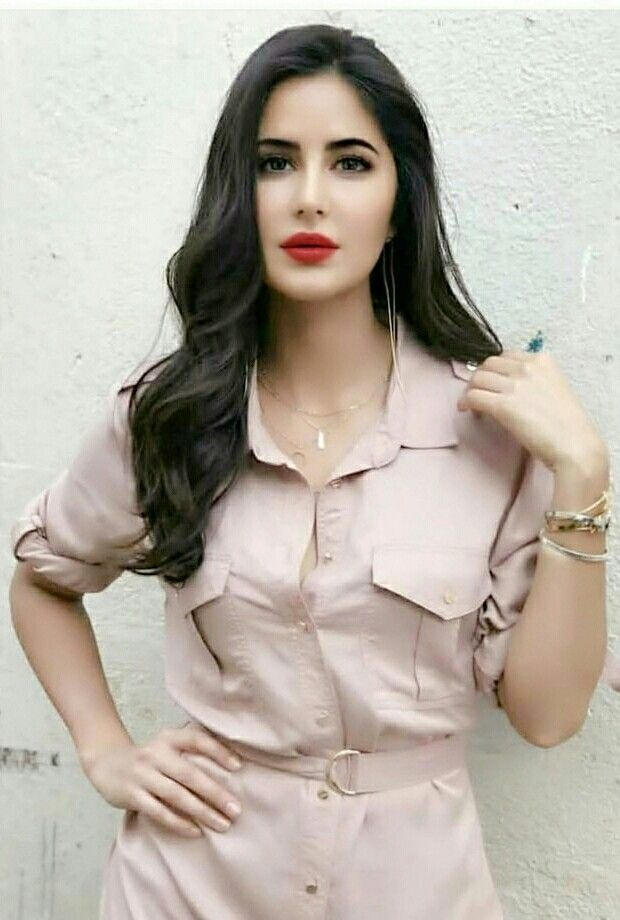 One of the top grossing actress with British Nationality, Katrina rules heart of many fans. Some of the well-known performances for actress are in movies Zindagi Naa Milegi Dobara, Singh is King, Phantom and many more. Katrina will share the screen with her ex-boyfriend salman khan in Bharat movie. 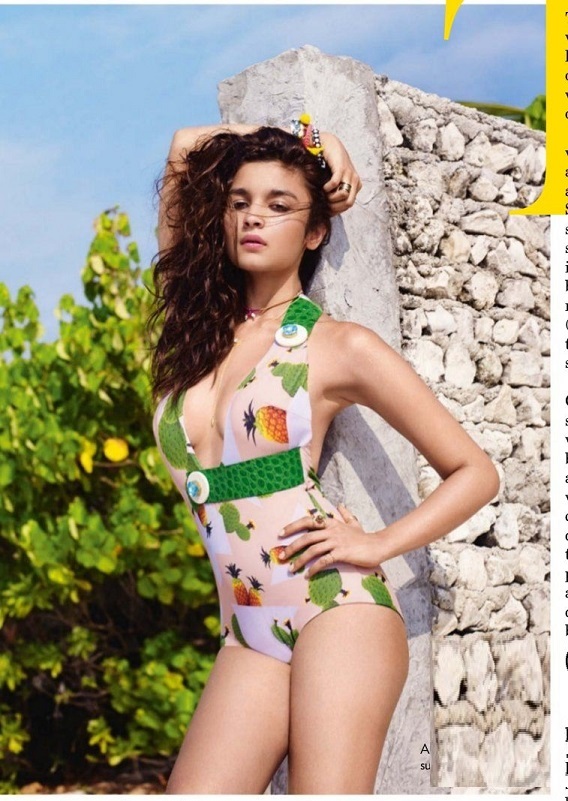 The youngest actress in Hindi Cinema with stunning acting skills and charming smile acquires the top spot as the cutest actress in Bollywood. Aging 26 years, Alia acclaimed great applause for Stockholm Syndrome teenager girl portrayal in movie Highway. Highway named great success for Alia, the crush of millions of boys and role model of billion of girls Alia is daughter of Mahesh Bhatt. 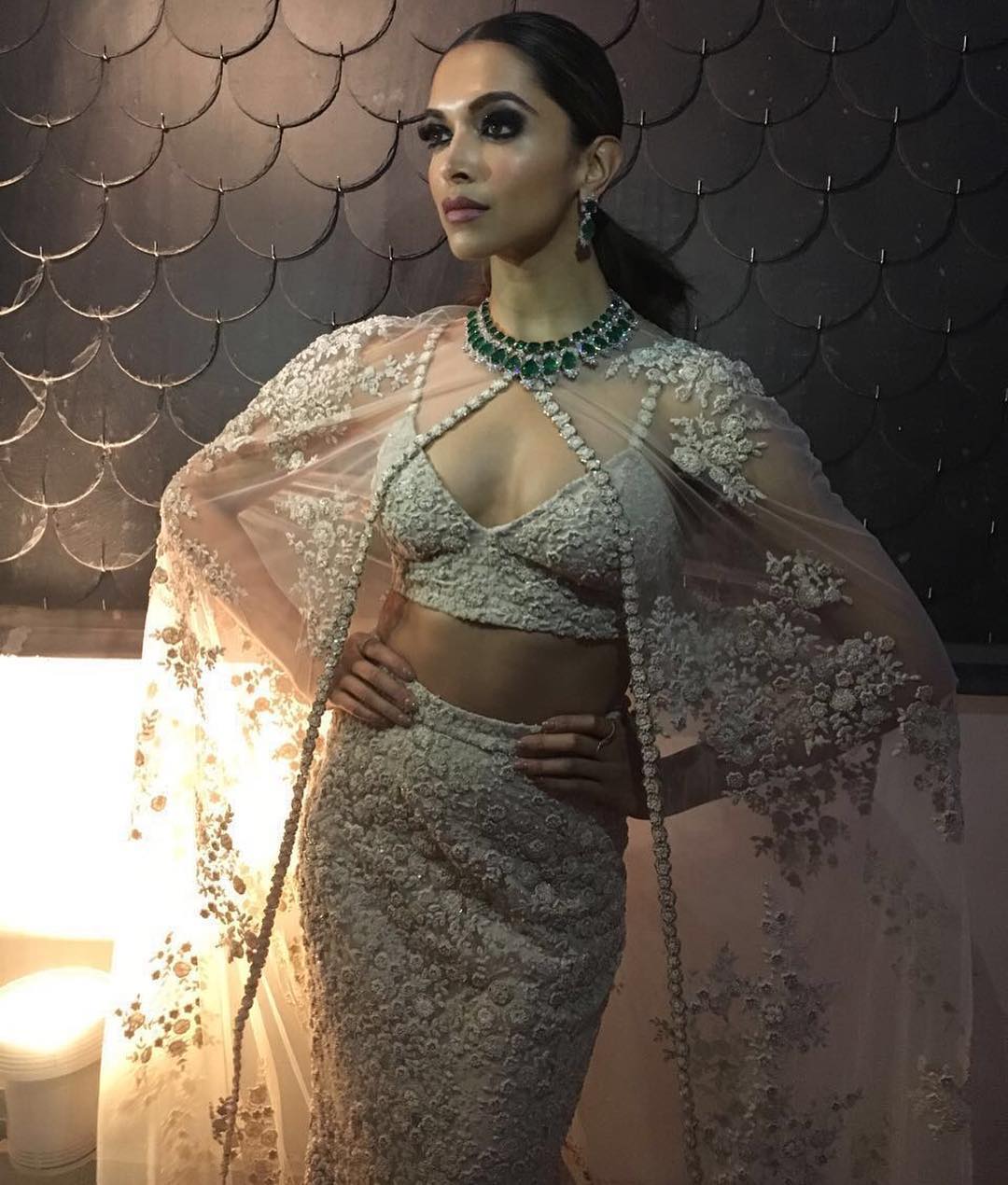 Deepika Padukone can set fire on stage. The queen of many hearts is known as the hottest actress in Bollywood and people put her at the top. Last three years helped Deepika to climb the success rate with top grossing movies, the year 2015 and 2016 tag her as the most successful lady in Bollywood. At present, she is 33 years old looking forward to another amazing year.

These are some of the most beautiful Bollywood actress under the age of 35 In 2019.