A naturally occurring silicate mineral known as mica is a non-metallic mineral. Mica is found in the veins of metamorphic rocks. It is also discovered as small flakes in sedimentary rocks. It does not absorb water, is stable, and is unreactive. Mica is considered to be lightweight and soft. The mica minerals muscovite (potash or white mica) and phlogopite are significant for industry (magnesium or amber mica). As the electronic sector developed mica was being used in the electronic industries, as an insulator, because of its heat-resistant nature and lack of electrical conductivity.

Mica paper, also known as reconstituted mica, is a substance that resembles paper and is created by placing small mica scrap flakes in a continuous mat, which is then dried. Typically, an organic binder is used to impregnate mica paper. Mica paper can be used for the same primary purposes as micanite or built-up mica. Mica’s appearance is glitter based, due to which it is used in cosmetics as well as toothpaste. Mica fine powders have been used for ornamentation and other uses throughout history. In Bangladesh, Pakistan, and India, traditional water clay pots are embellished with powdered mica glitter. During the Holi festival, the gulal (colored powder) that is used for playing comprises refined crystals of mica. It possesses a special blend of transparency, hardness, flexibility, and elasticity. It is also known as abhrak, which is being utilized as a medicine in Ayurveda since ancient times in India. This medicine is generally used for the treatment of digestive and respiratory problems.

Mica dust is considered a dangerous chemical for respiratory exposure in the workplace. Recently, there has been a significant reduction in the manufacturing of mica in India, primarily as a consequence of technological advancements that makes it easier to utilize rebuilt mica and the appearance of substitutes for mica, which has reduced the need for natural mica in the global market. However, India continues to be the eighth-largest producer of mica in the world. India produces around 60% of the world’s entire supply of mica, thereby maintaining a monopoly in this industry. Andhra Pradesh, Jharkhand, Bihar, and Rajasthan all have significant mica-bearing pegmatite deposits. The total situ reserves of mica are estimated to be 59,065 tons overall. In situ mica deposits were 42,626 thousand tons in Andhra Pradesh, 1,496 thousand tons in Jharkhand, and 2,007 thousand tons in Rajasthan. India is the world’s biggest producer of mica as well as its biggest exporter. Even if synthetic mica poses a danger, some grades of Indian mica will continue to be essential to the global electrical sectors. Alumina, ceramics, bentonite, glass, mylar polystyrene, fused quartz, silicon, talc, bakelite, Teflon, nylon synthetic mica, acrylate polymers, cellulose acetate, fiber glass, etc. can all be used as partial substitutes for mica and its products. 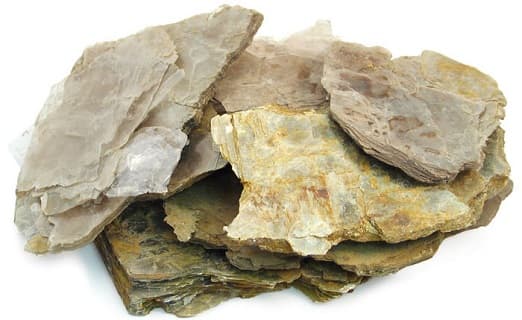 In this section, you may learn about some of India’s leading and largest mica-producing states. One of the non-metallic minerals manufactured in India is Mica. It is utilized as a raw ingredient to create goods like cement, fertilizer, electrical items, and much more which makes it the most significant mineral in the industrial sector. Now let’s look at some of India’s top mica-producing states.

The immense amount of mica in India is produced in the state of Andhra Pradesh. The states manufactured around 833 tons in the year 2002 – 2003, which was higher than 72% of India’s total production. Andhra Pradesh has expanded its manufacturing share of mica in recent years. The 25 km broad – 100 km long mica belt is located in the Nellore district.  The color of Nellore Mica is light green which is usually stained and spotted. Nellore mica often has a pale green color and is damaged and spotted. Khammam, West Godavari, Krishna (Tiruvur), and Vishakhapatnam are the other districts with viable mica reserves (Kallur). The deepest mine is the Shah Mine in the Gudur Taluka, where mining is done at a depth of 300 m. Andhra Pradesh tops the list of states that produce mica, generating 1,660 tons of raw mica and 7,626 tons of waste and scrap mica in the fiscal year 2013–2014.

Rajasthan is the second-largest producer of mica in India; however, it is not as significant as the producer of Andhra Pradesh. From 2002–2003, this state produced 190 thousand tons, or 15.61% of India. The location of the primary belt extends from Jaipur to Udaipur. The average width is about 96km and the average length is around 322km. The belt widens around Kumbhalgarh and Bhilwara. Tonk, Sikar, Dungarpur, Bhilwara, Jaipur, and Ajmer are the major production areas.

The third largest mica-producing state in India is Jharkhand. Mica is found in a belt that stretches from the Gaya district of Bihar to the Hazaribagh and Koderma districts of Jharkhand, measuring roughly 150 km in length and 32 km in breadth. This Mica belt is oriented from east to west. The best deposits of premium ruby mica are found in this area. The main gathering locations (found in this belt) where mica is processed are Kodarma (home to the biggest mica reserve in the world), Giridih, and Domchanch.

There are reserves of mica, in the Karnataka districts of Mysuru and Hasan. Coimbatore, Tiruchirappalli, Madurai, and Kanyakumari districts of Tamil Nadu. Mica deposits are discovered in Kerala’s Alleppey district. There are abundant mica resources in Ratnagiri, Maharashtra. Mica deposits may be found in West Bengal’s Purulia and Bankura.

Due to the lack of comprehensive information on the numerous industries that consume mica, a complete picture of the usage of mica is not yet accessible. Sheet mica is mostly utilized in the electrical and micanite industries, while scrap mica is used to make mica paper and powdered mica is used in insulating bricks, paint, rubber, welding electrodes, asphaltic roofing, and more.

There are already enough mica resources in the nation to fulfill both the domestic and export demands. Processing mica is a labor-intensive task requiring specialized knowledge. Indian laborers have developed the skill of manual mica processing over decades, and it is now a cottage industry in the mica-mining regions of Bihar, Andhra Pradesh, Jharkhand, and Rajasthan.