Induction cooktops are considered to be one of the energy-efficient cooking methods. They consume a very low amount of power for cooking compared to other cooking methods like gas stoves or and electrical cooking. As per the design of the induction cooktop, it starts functioning only when cookware is placed on it. 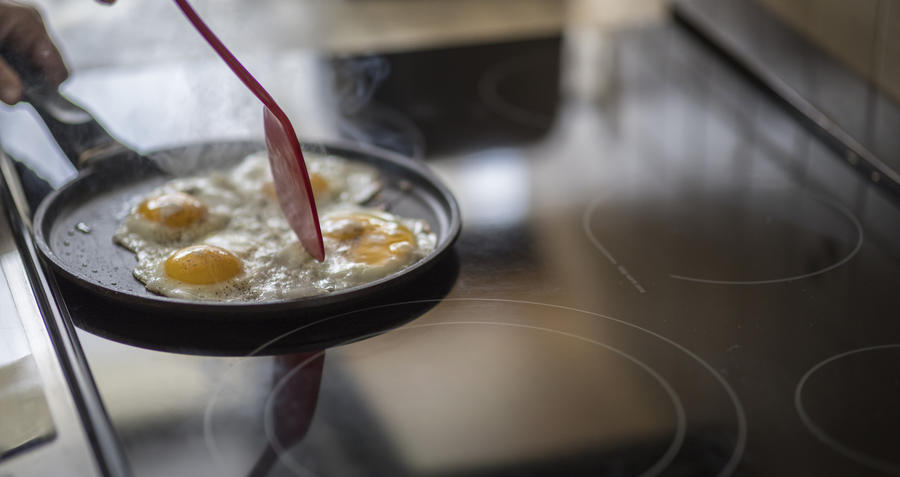 How Much Electricity Does the Induction Cooktops Really Consume?

But you need to remember that 2000 watts is the maximum wattage rating of the induction cooktop, and you don’t need this much power for your daily cooking.Induction cooktops usually come with controls that allow you to adjust the watts depending on your cooking needs.

How Does Induction Cooktops Use Less Energy for Cooking?

Induction cooktops function by using the principle of electromagnetic induction, so it creates a magnetic field by using electricity. Because of the magnetic field, it induces a current inside the pots and pans that you use on the induction cooktop for cooking. Therefore, it doesn’t use electricity directly to cook the food.Moreover, it cooks the food quicker, which results in less energy consumption.

They are also sensitive to power and temperature, so they cool down immediately when the power is off. The smart technology used in this appliance ensures that the power is cut when there is no or empty cookware on it.Further, if the food is being cooked for a long time, then it cuts the power. This way, the induction cooktop consumes less energy for cooking than other cooking methods.

How Is Induction Cooktop More Energy Efficient Than Electrical Cooking?

As mentioned above, induction cooktops use the electromagnetic principle to cook the food. So,they consume less energy than electrical cooking. Moreover, this technology heats the cookware instantly for faster cooking. This also allows you to adjust heat efficiently according to your needs.

Why Are Induction Cooktops Better Than Gas Stoves?

However, induction cooktops are energy efficient compared to other cooking methods. The wattage rating of induction cooktops usually varies depending on their price, size, and application. But they allow users to control the watts of the appliance while cooking according to the dish. Since they use electromagnetic induction for heating, they are safer and efficient to use.

These appliances generate a magnetic field using electricity, which induces a current inside the cookware to heat. This way, they use very little electricity for cooking the food than other cooking methods. Also, it takes less time to cook the food,which results in less energy consumption. So, you can consider using an induction cooktop in your kitchen for a better cooking experience. Since it consumes less energy, your monthly electricity bill won’t get affected.