Shubh Laabh-Aapkey Ghar Mein is a beautiful Indian serial on Sony SAB TV. Dharampal Thakur directs this serial. The story introduces us to a 45 year old woman. The serial was inspired from the movie “Oh My God”. The viewers much love it. Jay Mehta produces this serial. The story is all about Savita, an ardent worshipper of Goddess Laxmi. She does everything for the well-being of the family. Savita is a pure Indian housewife for whom family is the primary thing. She is a simple Indian woman.

The story of this serial is all about Savita Toshniwal a true worshipper of Goddess Laxmi. She is a honest lady, struggling right from the beginning to save her Sev shop. The shop is located in Ratlam. The situation becomes worse when a Municipal Officer arrives with his team and seals the shop. You must have heard about an old saying that if you have seven sins, then Goddess Laxmi will never come to your house.

When Savita loses all her hopes, Goddess Laxmi takes the human form in the name of Divya and meets Savita. Now here is the question of whether Savita will be able to rectify her as Goddess Laxmi? The serial started on September 2021. 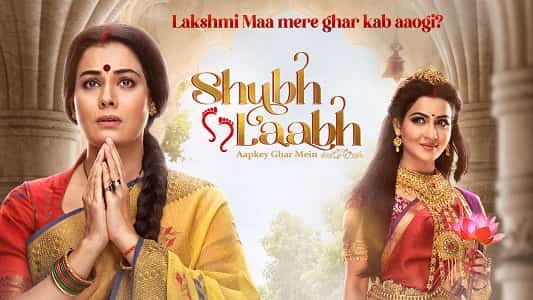 It is a pure family drama serial which is shown on Sony SAB TV.  The story is about an ordinary woman named Savita who is fighting for long against all odds to save her Sev shop located in Ratlam. She has a positive side which means she is an ardent follower of Goddess Laxmi. She believes that it is Laxmi Goddess who will save her from tough situations. She does everything for the well-being of her family. But the situation is unfavorable for her because her family has seven sins.  Goddess Laxmi will never visit the house if the family has seven sins. However, Goddess Laxmi takes the human form of Divya and comes before Savita. Will she be able to recognize Divya? You need to watch the serial to reveal the fact.

The serial is aired on Sony SAB TV every day from Monday to Friday at 9.30 PM. The duration of the show is of 30 minutes. You can catch the repeat telecast on Disney Hotstar.

Now you will learn about the casting of the serial: