Vidrohi is a popular TV serial on Star Plus. The show was started on 11th October 2021, and its first promo was released on 7th September 2021. It is being originally telecasted on Star Plus and is also available on Disney + Hotstar OTT platform. The main star cast of Vidrohiis SulagnaPanigrahi, Sharad Malhotra, and Hemal dev.

The Vidrohi serial is based on the historical story of the pre-independence British era. It centers on the life journey of Bakshi Jagabandhu, a freedom fighter from Odisha. The show is successfully completed 63 episodes now. It is produced by Gatha Productions and directed by Prasad Gavandi.

Vidrohi is one of the well-liked TV shows in India. Many people love this show, and this article has everything you need to know about the TV serial Vidrohi. 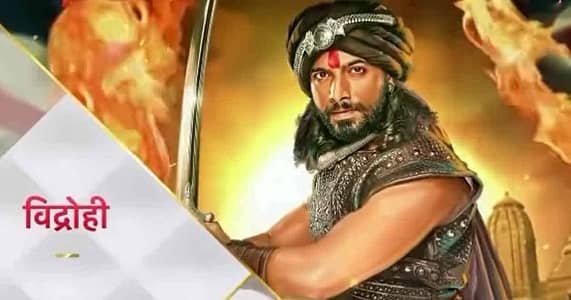 The story also shows the personal life of Bakshi Jagabandhu. Bakshi Jagabandhuis married to Radhamani. Because of her inability to conceive, he later forcibly married Kalyani, the warrior princess, to forward the generation. The show narrates the life of people during ancient times.

The cast names of Vidrohiare as follows.

Sharad plays the lead role of Bakshi Jagabandhu. His full name in the show is Jagabandhu Vidyadhara Mahapatra, andhe is Radhamaniand Kalyani’s husband in the show.

Sulagna Panigrahi is Radhamani Jagabandhu Mahapatra in the show. She plays the role of Jagabandhu’s wife.

The character of Kalyani is played by Hemal De. She is the warrior princess and Jagabandhu’s wife. Kalyani is the princess of Badambaand the elder sister of Mohan.

Danny sura plays the role of Jeffery Fletcher,who was the district magistrate of Jagannath puri during that time.

Anand Desai is the king Mukund of Badambain the show. He is Mohan and Kalyani’s father.

Avtar plays the role of prince Mohan, who is the prince of Badamba, Mukund’s son, and Kalyani’s younger brother.

Chaitrali plays the role of Jagabandhu’s foster mother in the show. Her name is Swarna in the show.

Zayan Ibaad is the foster younger brother in the show. He plays the character of Gadadhar Vidyadhar Mahapatra.

These were the main star cast of the historical drama show Vidrohi. Apart from this, Sangam Rai plays the role of Pindki Bahubalendra, and Nikhil Damle plays the role of the king of Khurda. We hope that you have got your answer from this article.