Based on the concept of America’s Got Talent, in India we have India’s Got Talent. This is one of the biggest reality shows in India and it is based on bring out talented individuals and give them an opportunity to show their talents. This show is telecasted in the Hindi language and was aired for the first time in the year 2009.

The concept of India’s Got Talent is based on the global format that is followed by Got Talent shows. The individuals who feel that they have got some special talent will have to perform on the stage of India’s Got Talent. There will be three judges and a group of the studio audience as well. During the initial stage of auditions, it is the three judges of the show who is going to decide whether the contestant will move to the next rounds or not. But the show reaches the semi-final stage, it is the viewers who are going to choose the best talents based on their performance. Only those who impress the audience will be able to move to the finals and win the prize money.

India’s Got Talent has successfully completed eight good seasons and Color TV was the official channel to air this wonderful show. The production companies for this show so far are Big Synergy, Fremantle Media, and SYCOtv. They are about to start season 9 as well and that is going to be telecasted on Sony Entertainment Television.

Format of India’s Got Talent Show

There is a specific format that is followed for running this show. The initial stage of auditions is conducted by the production team at various cities in India. Only the selected candidates will be able to reach the stage for judge auditions. Here there will be a team of three or four judges and they are going to give their opinion on each participant. There will be a duration of 90 seconds for performing the act. The one who gets more votes from the judges will reach the further rounds. During the semifinals and finals, it is the audience who are going to decide the final winner of the season. The one who gets more votes from the audience and judges will win the show. Every year, there will be participants till the age of 60 or even more. There is no limit on age for this show and so anyone will be able to participate in it.

In this article, let us have a look at the winners of all seasons of India’s Got Talent show (from season 1 through Season 8):

List of India’s Got Talent winners with complete details

In the year 2009, the show India’s Got Talent was aired for the first time. The production team made sure to pick some of the best talents from across India. The first episode was on 27th June 2009 and the finale was held on 22nd August 2o09. It has a total of 25 episodes. The host for season 1 was Nikhil Chinapa and Ayushmann Khurrana. This show became one of the best shows in just no time.

The winner for India’s Got Talent season 1 was Prince Dance Group. The team belonged to Berhampur, Odisha. The winners took away an Audi Car and Rs 50,00,000 as a cash prize. Even the government of Odisha offered them a cash prize of Rs 2,00,00,000 and land for developing a nice dance academy. The judges for this season were Kirron Kher, Shekhar Kapur, and Sonali Bendre.

After a successful season 1, India’s Got Talent has come up with season 2 in the year 2010. The first episode of season 2 aired on 30th July 2020 and the final episode was on 1st October 2020. The season had 19 episodes and it was another successful season. The hosts for season 2 were the same as season 1, Nikhil Chinapa and Ayushmann Khurrana.

The winner for season 2 was Shillong Chamber Choir and they belonged to Shillong, Meghalaya. Along with this, they have won a few more awards like popular music, Gospel and Musica Sacra. In the year 2012, this group has performed in front of US President Barack Obama and the show was conducted at Rashtrapati Bhavan. They also performed many other shows across the world. The judges for this show were Kirron Kher and Sonali Bendre. But Shekhar Kapur was replaced with Sajid Khan.

Hosted by Meiyang Chang and Gautam Rode, India’s Got Talent season 3 is another successful season for this show. The season started on 29th July 2011 and the grand finale was aired on 24th September 2011. Some of the best talents from across the country came for the auditions, but one of the best out of the best we’re able to make it to the stage auditions.

Suresh and Vernon Group was the winner of Season 3 India’s Got Talent. This team was from Nalasopara and they were one of the best groups so far in this show. Apart from this show, they stood winners for many other dance shows like Boogie Woogie and Entertainment Ke Liye Kuch Bhi Karega shows. The judges for this season were Kirron Kher, Sonali Bendre, and Dharmendra. Yes, we again had a new judge for this season 3.

The next season of India’s Got Talent, season 4 was started with a new set of the contestant and all new talent to entertain the audience. A good number of cities were covered for season 4 auditions and the stage audiences started from 22nd September 2012. Season 4 lasted till 24th November 2012. The season has 17 episodes in total and all of them were the best.

This time the show was mesmerizing with a team of 13 girls. Season 5 has set an example that even housewives will be able to prove their talent. The winner of season 5 was Raagini Makkar and Naadyog team from Indore. Raagini Makkar was a housewife and participated in the talent show along with Naadyog dance academy. Her family and in-laws gave her complete support and she was able to bang the trophy for season 5.

The winning team received a cash prize of Rs 50,00,000 and a car. The team performed Kathak, a classical dance form, and won many hearts. The hosts for this season were Mantra, Bharti Singh, and VJ Andy. The judges were Kirron Kher, Malaika Arora, and Karan Johar. This show always has a new judge to make the show more interesting.

Season 6 of India’s Got Talent is another grand show for the audience. This season 6 again had three hosts, with Bharti Singh our old host, and two new hosts – Nakuul Mehta and Sidharth Shukla. The judges for this season were the same as last season, Kirron Kher, Malaika Arora, and Karan Johar. The first episode of this season was aired on 18th April 2015 and the last episode was aired on 27th June 2015.

The winner of season 6 was Manik Paul. He belongs to Berpeta and he is one of the best dancers. He has won a cash prize of Rs 50,00,000 and a car. After winning this show, he has given a number of performances across the country. He is even trying to become a Choreographer in Bollywood and also as an actor.

The next season of India’s Got Talent was started on 30th April 2016 and the last episode was on 9th July 2016. Season 7 has 21 episodes and it was a great show by some of the best talents of India. Sidharth Shukla and Bharti Singh were the hosts for season 7.

The winner for season 7 was Flutist Suleiman and he was just 13 years old when he won the trophy from India’s Got Talent Season 7. He started playing flute at the age of three and since then he has been trying to prove his talent in many shows. Maestro Hariprasad Chaurasia was the mentor for Suleiman. The prize money was Rs 50,00,o00 and Sedan car. The judges for this season were the same as last season, Kirron Kher, Malaika Arora, and Karan Johar. 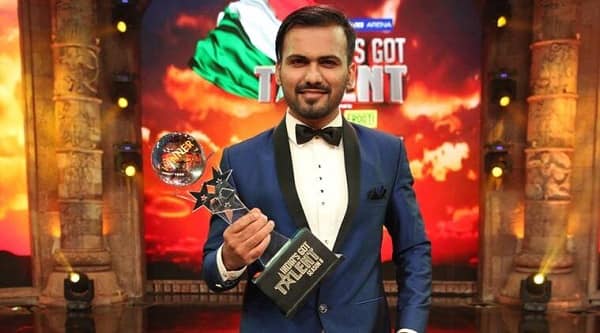 Aired on 20th October 2018, India’s Got Talent season 8 was a great success again. The audience was able to witness some of the greatest talents from India. This season was hosted by Rithvik Dhanjani and Bharti Singh. It has a total of 21 episodes and each episode was special with different talents.

The Magician Javed Khan was the winner of India’s Got Talent season 8. The grand finale was aired on 29th December 2018. The judges for season 8 were Kirron Kher, Malaika Arora, and Karan Johar again. The magician Javed Khan belonged to Rajasthan and he was just 27 years old when he won the trophy. The prize money was Rs 25,00,000.

Some are the list of the seasons, dates, Judges, and Host for all the seasons to date:

The next season 9 is going to start soon and it is heard that Rohit Shetty, Neha Kakkar, Badshah, and Shilpa Shetty are going to be the judges for the season. Many new talents are waiting to showcase their talents in this season and it is going to be another great show from the team of India’s Got talent. It is going to be aired on the Sony Entertainment channel.

India’s Got Talent is a perfect platform for showing different performances of individuals. There is no age bar and that is one of the best things about the show. There are many talented people who are unable to find the right platform for showing their hidden talents. This program has made sure to bring out many hidden talents from every corner of India. It is a weekend show and anybody who is busy with their works also will be able to enjoy this show during weekends.