This is the new Colors TV show Harphoul Mohini. Cockcrow & Shaika Entertainment are producing the series.

Spy Bahu will move to 9:30 p.m., while Harphoul Mohini will show at 9:00 p.m. Chotti Sardarni will be taking a leave of absence from television. 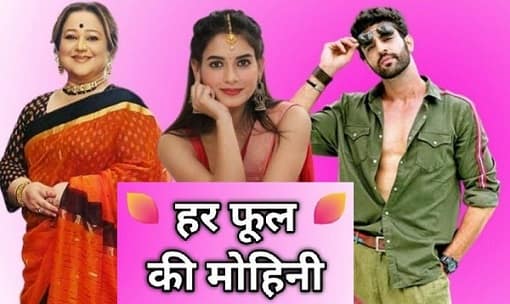 There is one thing which links us all together, it is love, which transcends all of the other obstacles that separate us. Harphoul Chaudhari and Mohini Vijayan, the former from Haryana and the latter from Kerala, fall in love in the forthcoming romance drama ‘Harphoul Mohini,’ from COLORS.

He may be a young guy with a lot of energy from a tiny hamlet in Haryana, but Harphoul has had very little experience to life outside of his hometown. Mohini, but at the other hand, is a powerful and outspoken lady from Kerala.

By chance, Harphoul and Mohini end up having an argument about their cultural differences, and the tale revolves on how they resolve it. Harphoul (Zebby Singh) and Mohini (Shagun Sharma) will be performed by the actors.

In short, Haryanvi man and a South Indian woman fall in love — that’s the premise of the upcoming web series Harphool Ki Mohini.

In Harphoul Chaudhary, Zebby Singh portrays a young man from a Haryana hamlet who has no idea what the outside world is like.

Her name is Mohini Vijayan, and she is portrayed by Shagun Sharma, a young woman from Kerala.

The North-South tale is being told by Colors TV’s in Haphoul Mohini to her audience on a regular basis. The Harphoul Mohini television series depicts the clash of two very different cultures and the ensuing enmity that results.

Take a look at how the romantic relationship between Haryanvi Jatt Harphoul and the sharp-witted Mohini captures the attention of everyone watching.

Install the Voot application or visit voot.com to learn more about the television series Harphoul Mohini.

TRPs are projected to be high for the show Harphool Ki Mohini because of its plot.

Cockcrow & Shaika Entertainment are producing the show, giving it a promising appearance.

Because of this, the show is projected to go up the TRP ladder with strong numbers.