In today’s time, where every individual wants to have healthy food, but with that, they do not want to compromise it with the taste. But with that, they do not want to have any problem while cooking that food. Every individual wants that it should be done with ease. For this, various appliances are being used in the kitchen to make the cooking easy. To cook the food in an easy as well as healthy manner, the microwave oven has played a role very well. Various companies are producing this but it’s best to take it from the top brands as it will be durable and user-friendly –

●       LG – LG electronics is a very famous electronic company from South Korea. It was founded in 1958. It has a wide market in electronics items for consumer durables all over India. The microwave oven made by LG is considered to be the most user-friendly microwave oven in India. It provides the best quality as well as it is affordable. It comes with various features such as there are multi-functional facilities, the interior is made up of steel, convection is very powerful.

●       Samsung – It is a South Korean company that was founded in the year 1969 and is catering to the Indian market for different consumer durables. It covers a major portion of the Indian market with its product. It is available in different variants such as grill, solo as well as convection.

●       IFB – It had started functioning in India with the consumer durables in the year 1991. It has a rank among the top companies for consumer durables in the Indian market. There are various models of Microwave oven present in the country. In almost every microwave oven, there are various features such as cooking with various options, cleaning through steam, fermentation, and many others. It gives a warranty for a period of 1 to 3 years which could be extended by paying the charges.

●       Whirlpool – It is an American company that deals not only in consumer durables but in electronics also. In 1987 it had come into the Indian market. With the time it had taken over a good portion of the consumer durables market in India. In a microwave oven, it provides various features such as a menu for an auto cook, fast cooking, reheat option, starting with jet speed, and many more. Different variants are available in it as solo, grill as well as convection.

●       Electrolux –It was founded in the year 1919 and based in Sweden. It has a good hold around the Indian market for the different consumer durables, manufactured by them. Even in the segment of home appliances, it has one of the major shares in India. Different features are there which make it best for home use such as cleaning from 360 degrees, auto cook menus are there for most of the dishes, tandoori can be cooked easily, and many more.

There are different brands available in the market for a microwave oven. From which some are established, and others are local.

More about this author
Author 324 Posts 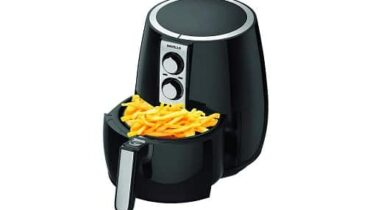