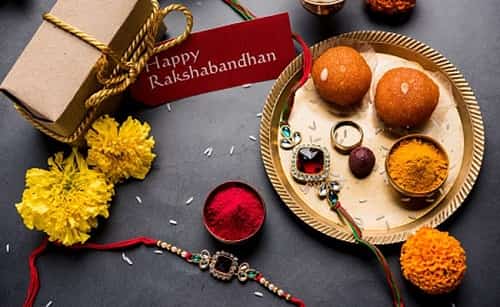 Raksha Bandhan is celebrated on the full moon day of Shravan month. It symbolizes the bond of protection that is known as Rakhi in different parts of India. In Odisha, it is known as gamha Purnima.

Rakhi is one of the most popular festivals in India. It signifies a bond of protection between brother and sister with the origin of the festival. In which the sister ties a thread around the right rest of the brothers for the long life. Brothers take a pledge to protect their sisters. This has made Rakhi signifying a bond of friendship.

Many people explain the origin of Raksha Bandhan. According to the Hindu scripture Demons or asuras defeated the king of God. Indira his wife Indrani and tied a yellow thread around his wrist. Then he went on to fight and win the war.

The rituals of Raksha Bandhan should not be performed during Bhadra. This is a malicious time that needs to be avoided for all the auspicious works. It should be noted that Bhadra affects the first half of Purnima Tithi. You have to wait to get over before the time and tie the Rakhi in an auspicious time.

The main ritual of Raksha Bandhan is worshipping the thread and tying it to the wrist. However, you also need to prepare a Raksha Bundle. The bundle needs to be made with white mustard and broken rice.

All you need is to ask your Pandit Ji for Raksha Bandhan’s timings. Hence, you will successfully celebrate the festival in auspicious moments.

To avoid the Rakhi ceremony inauspicious time, you must check out some Panchang. Here you can find the right time to perform the festival. We list all the timings that are available to tie Rakhi all around the world.