This Indian animated action show revolves around a boy named Shiva. This young boy lives with his grandparents called Vedas. The attention-grabbing trait of this character is supernatural heroic powers with the responsibility to save the world. He is shown protecting people from danger and trying to protect the city.

Have you ever wondered that who is voicing these characters? Well, here are some of the main characters along with their voice actors that you can explore– 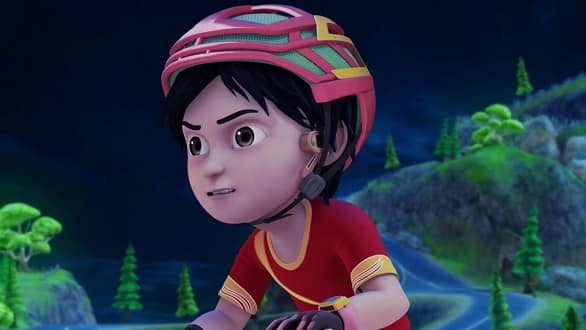 The most important character of this show is Shiva, voiced by Nilufer Middey Khan. Shiva has a superbike that can fly him to anywhere he wants. He is shown friendly and such a great person to help everyone. Shiva mostly helps Mr. Laddoo Singh (the policeman) to catch thieves and burglars.

Adi is one of the funniest and he is voiced by Aditya Jaiswal.You might call Adi dumb but such a sweet character to pour happiness on kids’ faces. He is a close friend of Shiva, and he is shown trying to act brave but end up being afraid of everything. He supports Shiva in all his adventurous journey to protect the city with his intelligent mind.

Mr. Laddoo Singh, a fun character to watch, is a policeman and known for his less-intelligent moves while catching burglars and thieves. Shiva mostly helps Laddoo Singh. The importance of this character can be seen as most episodes are about protecting the city together.

Uday, voiced by Sonal Kaushal, is also a friend of Shiva, and he is mostly crying about being hungry when he is tensed about something. He is a strong character but has a mysterious mind. Uday talks about aliens all the time, and Reva (another character) gets angry with him.

Who doesn’t love the brilliance of Reva? Reva, voiced by Rupa Bhimani, his best friend of Shiva and she is such a supportive character when Shiva is in any problem. In contrast, you can find that Shiva helps Reva during the time of danger and protect her from getting hurt. The fun thing about Reva is, she always gets angry at Adi and Udi when they talk about something silly or get scared.

You might not know about the name of Nanaji as his name is in very few episodes. But,you can find Shiva talking to him and saying his name, Acharya. Nanaji is a maternal grandfather, and he is such a talented classical singer who loves Hindustani songs. Most people think that he is the worst singer, but he has a hidden talent that no one gets to see.