Ek Se Badhkar Snake Cartoon is a newly launched cartoon show, produced by Kolkata-based studio Hi-Tech Animation. It is the first local superhero CGI series in India, was started on June 27 on Cartoon Network from Monday to Friday, at two different timings 11:30 am and 7:30 pm.

The story starts with a boy who is 13-years-old and has chosen to save humanity. The most powerful snake plays a major role in it, that handover the ‘naagmani’ to this boy. Just because he is brave, preheated, fearless quality and strong, he has been selected as ‘the one’ who fought with the evils of the world. Although, he has features with mechanical snakes and superpower suit costume which gives him further skills to expertly beat villains and evils.

Those kids who loved to watch superheroes can watch this show. This cartoon show is an amalgamation of friendship, superhuman powers, humour and emotional support of a loving family. The storyline also involves an urban setting and its phenomenal elements. The whole story revolves around the lives of Ekans, his silly friend Chiku and his family members. After knowing about his superpowers, he would dedicate himself to serve their society, friends and family and that makes him so adorable and powerful. 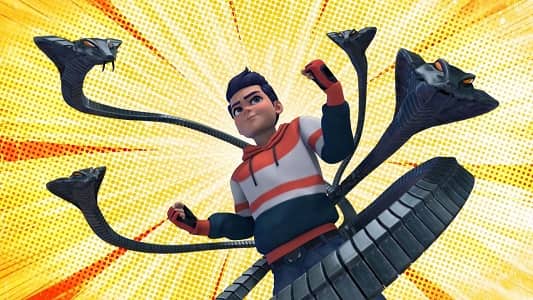 After the telecasts of few episodes, the series becomes one of the most-watched superhero series. Parents and their little one’s will have been inspired by the concept of the series. If you missed to watch, go and check the trailer first.

There are many other characters in the Ekans show, and they are always in some sort of issue. Ekans help those kids to eradicate every problem in their daily life. If you are loving this show so far, you can find that there is much more to the storyline than just being a cartoon show. There are so many things taught indirectly so that your kid grab the new stuff regarding the importance of life and how to deal with problems in an easier manner.

The First Indian local action-comedy series sets the best example among kids who wish to dive into the fantastic world of the superhero. Cartoon Network, one of the most popular cartoon channels has launched a high impact and celebrates the superhero in every kid through Ek Se Badhkar Snake Cartoons Series. Under a specific campaign, an Instagram page @EkansOnCartoonNetwork has been launched and dedicated to the fantastic superheroes. Superhero concept based cartoon series Ekans is the best example of superpower, friendship and serving society for sure.