Andhra Pradesh located on the southern part of pour country is a wonderful place. It is known for having some tasty and delicious food items. The cuisine of this state is quite spicy and tasty. Most people use various types of spices on the foods to make it spicier. However, the traditional food of Andhra Pradesh is spicy and mouth watering at the same time. There are many people who come to this place, to explore its food and spices. Even the eating habits of the people is a mixed one. You will get both the Hindu and Muslim styles in this state. The whole state prefers to have vegetarian foods. However, the sea area and its adjoining parts prefer to have fishes in their diet.

Pulihara is the traditional food of Andhra Pradesh which is also served with tamarind and green chillies. It is for sure you will love to have a bite of this item. Almost all the green vegetables are cooked by adding various masalas and spices. This is why you will get a unique taste of foods in their menu. On the other hand, pickles and chutneys are one of the integral parts of their food. You will get pickles that are made by brinjals and tomatoes. It comes with a great taste. The pickles come with some added masalas. 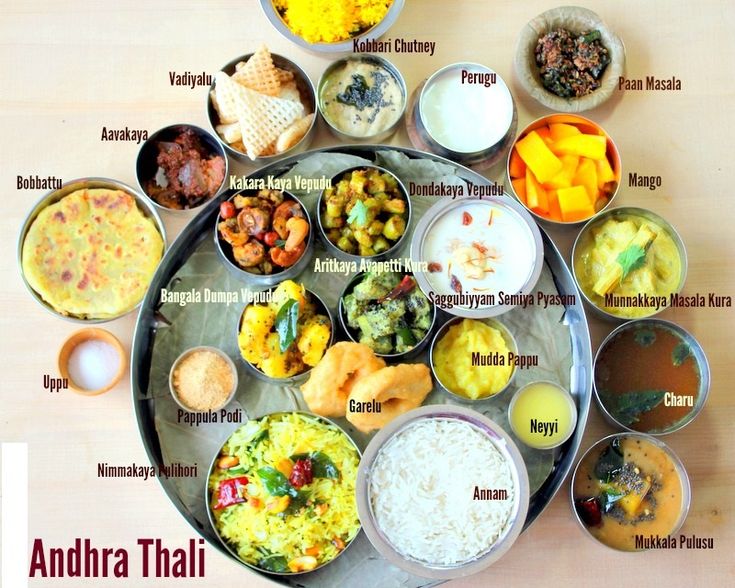 They also prefer to have a variety of snacks that include a wide range of pakodas. They are made of various items. Murku is one of the most noted that is made with rice roundels and then deep fried. This is included as their evening snacks. Apart from this, you can have and taste the Vada’s. They are also served with a special chutney. You will definitely love to have them as a snack item. They also serve a wide variety of desserts like Kakinada Kaja, Bandhar Laddoo. They are the traditional desserts of this state which is loved by a lot of people.

As told earlier the food of Andhra Pradesh is a mixed one. You will get the chance to taste both the Muslim and Hindu food items. If you are at Andhra Pradesh, you must never forget to have or taste Hyderabad Biryani. They have an awesome taste that is hard to describe in simple words. They use ghee and exotic spices while making the dish. This enhances the taste of the food. Even the Mughlai dishes are the best ones. You can get the taste of these foods that was served during the Asaf Jahi period.

It is found that Hyderabadi food is the combination of both the Mughlai flavors and full of spices. As the state have a good number of Muslim populations, the month of Ramzan is found to be much important for them. Haleem is one of the staple food that is prepared during this time. It is made by using wheat and meat. Keema Methi is another item that is also prepared during this period. It is made with meat and fenugreek leaves. You will love to have it.

Thus, it is evident that the traditional food of Andhra Pradesh is much attractive and delicious.