Maharashtra is the second-largest state in population and the third-largest zone in India in terms of area, situated in India’s western region. It shares borders with Chhattisgarh, Madhya Pradesh, Gujarat, Karnataka, Goa, Andhra Pradesh, Dadra and Nagar Haveli. Maharashtra has everything from temples and shrines to forts, beaches, caves, wildlife sanctuaries and hill stations, as well as waterfalls & lakes.

It maintains its status, being the most industrialized state and has been authorized as India’s industrial powerhouse. When it comes to Maharashtrian food and snacks, it is much more than poha and pav bhaji. Maharashtrian cuisine can be mainly divided into two styles – Varadi and Konkan.

List of traditional Maharashtra food that you must eat: 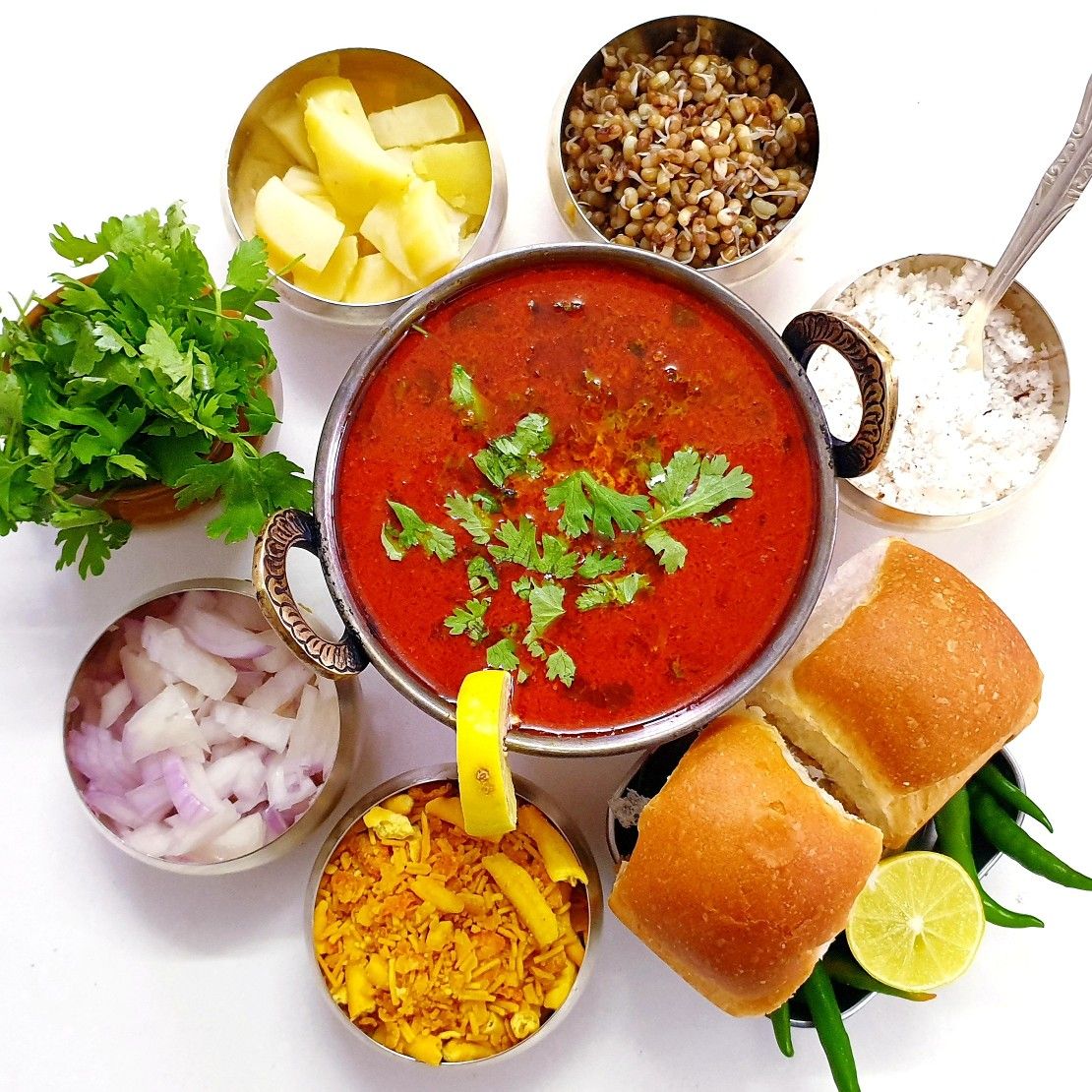 Misal Pav is originally from Pune and is one of the famous snacks in Maharashtra, which can be eaten during breakfast or brunch also. This street food is available in small stalls, as well as popular restaurants while visiting Mumbai. It consists of a spicy curry made from spiced lentils and moth beans. Misal Pav is incomplete without Pav Bread. Some people eat it with curd to reduce the spiciness of this dish. A variety of Misal is offered in Mumbai, including the Nagpuri Missal, the Puneri Missal, the Mumbai Missal and the Kolkhapuri Missal.

Often referred to as Ragda Patties, Ragda Patties is one of the essential parts of the lip-smacking street food of Maharashtra. It is prepared using patties and dried peas. The potato stuffing patty is dipped in gravy and served with chaat chutney and chopped vegetables such as tomatoes, onions, as well as cilantro and crispy sev. Be it a popular restaurant or a small stall, this dish is served regularly.

Rassa, also known as pandhara, taambde, and varhadi, is a non-vegetarian meal, in which chicken, muttonfish or any other seafood is the primary ingredient. Influenced from Kolhapur Kitchen, Rassa means water curry. Simply put, it means juicy preparation. These forms have different means, such as matnacha rassa means spicy red curry mutton preparation, pandhra rassa is a spicy white curry based on curd, taambde rassa is prepared from Kolhapur chilli.

Maharashtrian Dal full of aroma and flavours is called Aamti in Maharashtra.  It is one of the famous Maharashtrian dishes that originated from the Vidarbha region and reached the parts of Karnataka and Goa as well. An interesting fact, there is a total of 51 variations of Aamti that are cooked all over the state. Aamti, like all dals cooked in the Indian households, contains protein & nutrients, which are good for one’s health.

A sweet dish from Maharashtra, Basundi is thickened by boiling sweetened milk at a low temperature until it reduces to half of its initial volume. Ingredients like saffron, sugar and cardamom are added to enhance the texture and taste. There are variations of Basundi prepared in different ways, such as Angoor Basundi and Custard Apple Basundi.

Aamrus is a popular serving in Maharashtra and different parts of Gujarat. This sweet dish is prepared from mango pulp. It has a thick texture, and the mango pulp is extracted by hand. You can have it with Chapattis or Puri. You can also add milk or ghee to enhance its flavours.

Kadhi is a vital ingredient in a Maharashtrian platter. It comprises thick gravy prepared out of chickpea flour and contains vegetable fritters, popularly known as pakoras. Dahi is the primary ingredient to give its a sour taste. At the time, the sugar is added to bring a sweet taste to it. It can be eaten with moong dal Khichdi, steamed rice, or Chappati.

Pithla Bhakri is a delicious cuisine which can be prepared in most households in Maharashtra. Pithla Bhakri, also known as farmer’s food, is a simple dish that does not take much time to prepare. It is prepared with many vegetables and is served with rice due to its liquid consistency.

Due to the availability of different communities and cultures, Maharashtrian food differs in spice and flavours.