Punjab is a state in northern India. Its cuisine is known for its rich, flavorful dishes, often using butter and cream. Common ingredients include wheat, rice, maize, and pulses. Traditional meat dishes include chicken, lamb, and fish.

The traditional food of Punjab is a reflection of the diverse culture of the region. It is a combination of various cuisines, including Mughlai, Punjabi, and Kashmiri. The food is typically very spicy and includes a variety of meat and vegetarian dishes. The most popular traditional dishes include chicken tikka, lamb curry, and naan bread.

The food is often spicy and made with lots of butter and cream. The most popular dishes include chicken tikka masala, butter chicken, and dal makhani. Punjab is also home to some of the best breads in the world, including naan and roti. Some other popular traditional foods are  Sarson ka saag, Dal makhani, Chicken tikka, Chole bhature, Aloo paratha, Kheer. 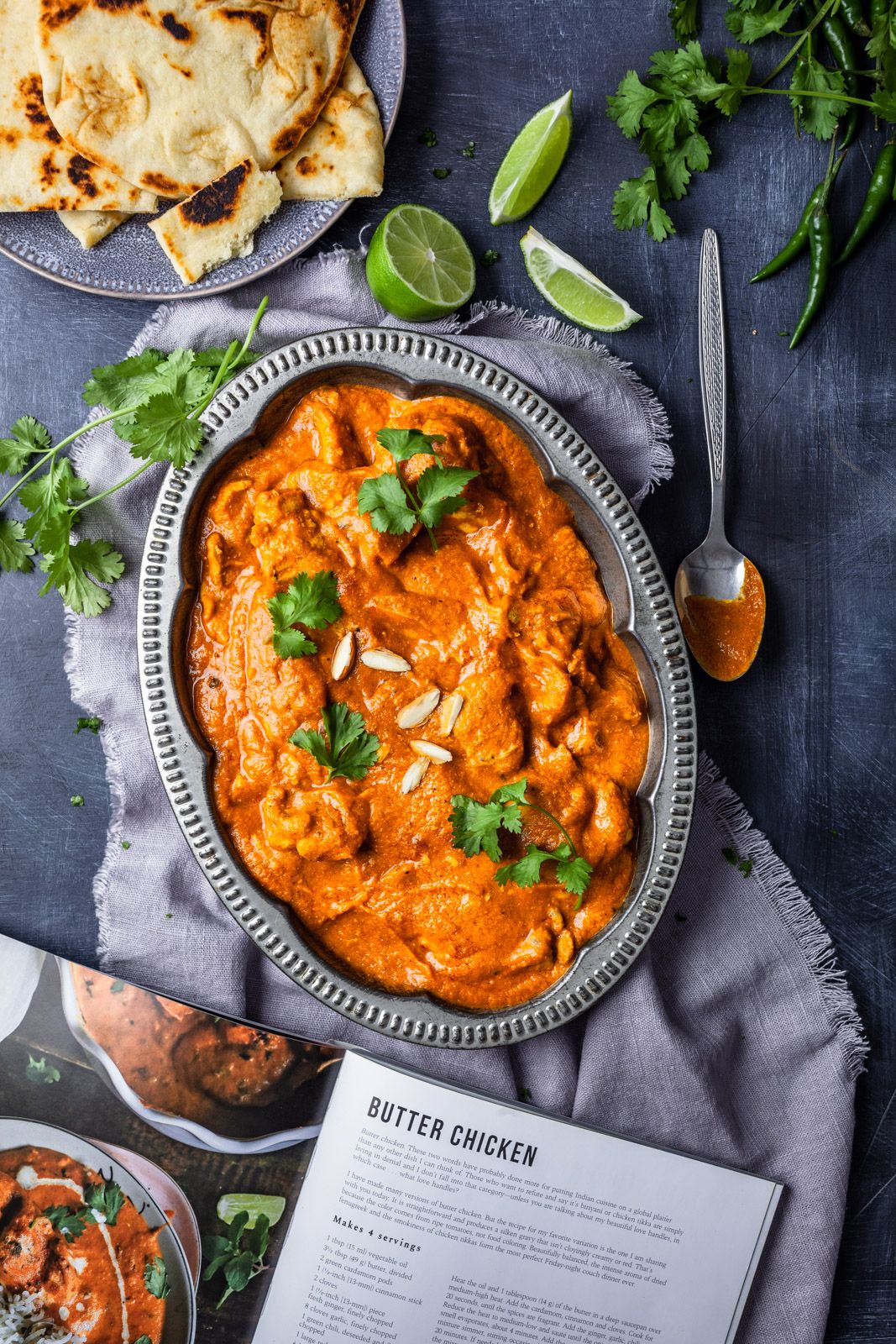 It’s true that chicken is often considered the “national bird” of Punjab, but butter chicken is indeed the true culinary masterpiece of the region. Even though it didn’t start in Punjab, this was created there by Punjabis; therefore it still counts, right?

This delicious treat is a must-have at any party. Serve with naan , rumaali roti and a side of the accompanying creamy gravy.

It’s like mac and cheese, but with a tastier Indian twist: makki ki roti & sarson ka saag. Simply put, they complement one another. Corn flour is naturally crumbly, thus its best made by those with experience. But if you want to give it a try at home, you may use normal flour or shredded radish as a binder. This is a perfect match, especially when served with gur or jaggery.

Given that both Indian cuisine and Bollywood are widely considered to be among the country’s greatest cultural exports, the phrase “Sarson ka khet” has become practically synonymous with the film Dilwale Dulhaniya Le Jayenge. Any true lover of north Indian food will immediately recognize this meal as typical of Punjabi cooking.

Due to its popularity during the colder months, this dish is offered at almost every restaurant. Given the mild bitterness of mustard leaves, adding spinach makes this dish heartier, more flavorful, and more acceptable as a wintertime indulgence.

Many people in north India have fond memories of eating this dish, and it is a favorite in every home. It’s like breaking up the favourite couple when you have to choose between rajma and chawal and some other dish.

Native to Kashmir, this dish is a favourite of Punjabi elders and grandchildren alike. Pickled onions are often included as an accompaniment to this Punjabi cuisine. Some individuals like to add a bit of crunch to the rajma chawal by mixing in some crushed papad.

Punjabi kadhi is an excellent example of the delicious, traditional fare eaten on a daily basis in Punjab. There are a few key ways in which Punjabi kadhi differs from its Gujarati counterpart.

While the Gujarati version is sweeter, lighter in consistency, and whiter in colour, the other versions differ in flavour profiles, with spicy and tangy elements and besan pakoras in the former. Typically, besan and onions are used to make the pakoras used for frying. To change the flavour, you may also add some peas and chopped onion.

The paneer tikka, sometimes referred to as the “chicken of the vegetarians,” is a popular dish in Punjabi cuisine. When one speaks of vegetarian appetisers, the first thing that comes to mind is this smooth cottage cheese delicacy that has been chargrilled and seasoned. In fact, without it, a restaurant’s menu would be seriously lacking.

In a world where one dal must rule them all, the dal makhani would be it. Black lentils and scarlet kidney beans are simmered in a rich stew and topped with generous dollops of cream to create this delicious Punjabi dish of lentils.

It is an appropriate dish for a king’s table. Over the course of two to three hours of slow cooking, the sauce traditionally thickens and the flavours develop.

Amritsari fish, an incredible Punjabi culinary export, is a favorite among India’s non-vegetarians. In spite of its dryness, this fried fish is delicious and may be eaten on its own or with some naan. Despite being batter-fried, the meat is tender and juicy on the inside, with a nice kick to it.

Its widespread availability in establishments with identical names across the country attests to its widespread popularity. Spicy fish and ice cold lassi is a winning combo.

Punjabi cuisine is some of the healthiest, tastiest, and brightest in all of India. This dish takes a long time to create and features delicious spices and bread as prominent components. Explore this joyful cuisine; you won’t regret it!